By Mat McDermott October 1, 2021 No Comments 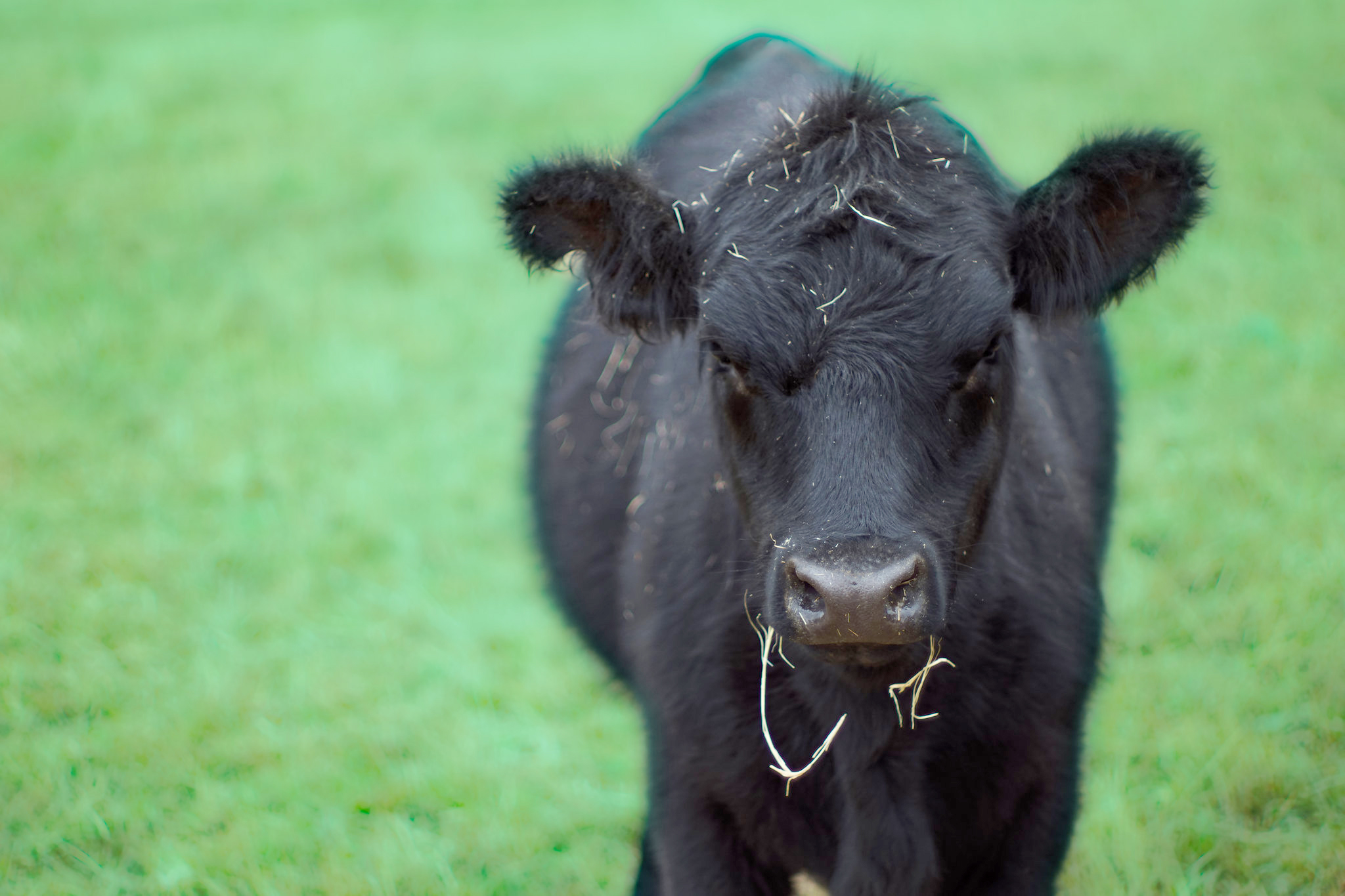 The motivation for eating a vegetarian or vegan diet within Hinduism starts with the first yama, ahimsa — that is, striving to reduce the harm we cause towards other beings, popularly translated as non-violence or non-harming.

Because of this, not eating meat is also said to be the diet most conducive to spiritual growth. Though most Hindus are not in fact fully vegetarian, the majority do have some sort of dietary restriction around meat-eating; and many Hindu teaching lineages uphold the virtues of a vegetarian diet, even if it’s not a strict mandate.

Similarly, Ayurveda, the traditional medical science originating in ancient India, classifies meat as tamasic: heavy to digest and to be eaten sparingly, if at all. Milk products are upheld, however, for their nutritional benefits.

More broadly, for Hindus and non-Hindus alike,  there is a whole basket of other worldly motivations for eating a plant-based diet. Leading the way are personal health and reducing the negative effects on our climate and the natural world that intensive animal agriculture causes.

The recent development of animal-free dairy and lab-grown meat changes, or potentially changes, the logic in all of this reasoning.

But what are animal-free dairy and cultured  meat?

Cultured meat, sometimes referred to lab-grown meat, is animal flesh made from cultured cells rather than from a living animal that is then killed. The original cells are harvested from a living animal during a biopsy process that doesn’t harm the donor animal in any long-term way.

The world’s first commercially-available cultured meat was approved for sale late last year in Singapore, with a number of companies around the world working on developing the technology and getting their products approved for sale.

Animal-free dairy is made in a roughly similar way, with a number of companies working on developing the technology.

As GreenQueen explains, dairy protein DNA is encoded onto microorganisms, such as yeast or fungi, and these are placed “into fermentation tanks, much like those used to brew beer, where the yeast/fungi eats simple plant-based nutrients and sugars to grow.  During the fermentation process, these select microbes produce proteins that are identical to those found in cow’s dairy milk. These proteins are filtered into a pure milk protein isolate, that can be used to create our favourite dairy products — think cheese, yogurt and ice cream, without the use of animals. Even though the resulting products are animal-free and do not contain lactose, they do contain dairy protein.“

Are either of these suitable for vegetarians, or vegans?

There is no straight-forward answer to whether cultured meat or animal-free dairy is suitable for vegetarians or vegans. Despite being an animal product, no animals are killed or significantly harmed to create either.

It all depends on your motivation for eating this sort of diet.

If your primary motivation for not eating animal products that require the killing of the animal is avoiding slaughter or other animal cruelty, then both animal-free dairy and cultured meat largely alleviates these concerns. Neither technology directly harms animals in any lasting way.

Though, the question remains about how well the animals that provide the source cells are treated. Some people will also raise the question of consent: can a donor animal truly consent to the biopsy to harvest its cells? If not then a measure of exploitation is going on.

If your foremost concern is the effect on our planet of industrialized agriculture via land use, pollution, greenhouse gas emissions, then both technologies do offer a promise of a greener future — assuming the energy and other resources used to produce a given amount of cultured meat or animal-free dairy is indeed less than raising actual animals.

If you started eschewing meat and/or dairy out of health concerns (and, reminder, there’s lots of good evidence showing that a plant-based diet is very good for your health) the situation becomes far more complicated. Both products are still animal flesh and dairy.

From an Ayurvedic perspective lab-grown meat is still tamasic. Some people may argue that the negative energy imbued into the meat caused by the suffering of the animal at the time of and leading up to slaughter is absent, but that doesn’t change the fundamental nature of it being meat.

Animal-free dairy may be lactose free, but it still would have the nutritional qualities of dairy — for positive and negative depending on your perspective. While Ayurveda traditionally has held milk products in high regard nutritionally, basing this on traditional ways of raising animals which are not at all like factory farming, advocates of a fully plant-based diet disagree, saying that no amount of dairy consumption is a good thing, even if the animals are treated well.

Eating a meat- and dairy-heavy Standard American Diet but substituting cultured meat and animal-free dairy doesn’t change the negative effects on personal health that result from this sort of unbalanced diet. Animals may not be harmed, but you are still, in a way, harming yourself.

Bringing it all back to ahimsa: 1) no animals are harmed in any lasting way from either cultured meat or animal-free dairy, provided that the animals who have donated the source cells are well treated; 2) harm to our climate and environment is theoretically reduced by both technologies, provided that industrial agriculture is reduced at the same time; 3) the amount of harm we cause to ourselves through what we eat is for all intents and purposes identical.

It all comes down to your personal motivations in this case.

If you are already vegetarian or vegan and eat a nutritionally healthy diet, do you really need to add cultured meat to your plate? Not at all.

If you’re vegetarian would substituting animal-free dairy for traditional dairy reduce the cruelty and harm caused by the dairy industry? Yes, but the health effects are likely the same of eating too much of it. If you’re vegan and eating a healthy diet is there a compelling reason to add animal-free dairy? Not really.

If you are a meat-eater (even occasionally, as most Hindus are) does cultured meat reduce the harm to animals and the planet caused by your dietary choices? Absolutely. Might your health improve by reducing your meat consumption? Probably.