By Syama Allard September 3, 2021 No Comments 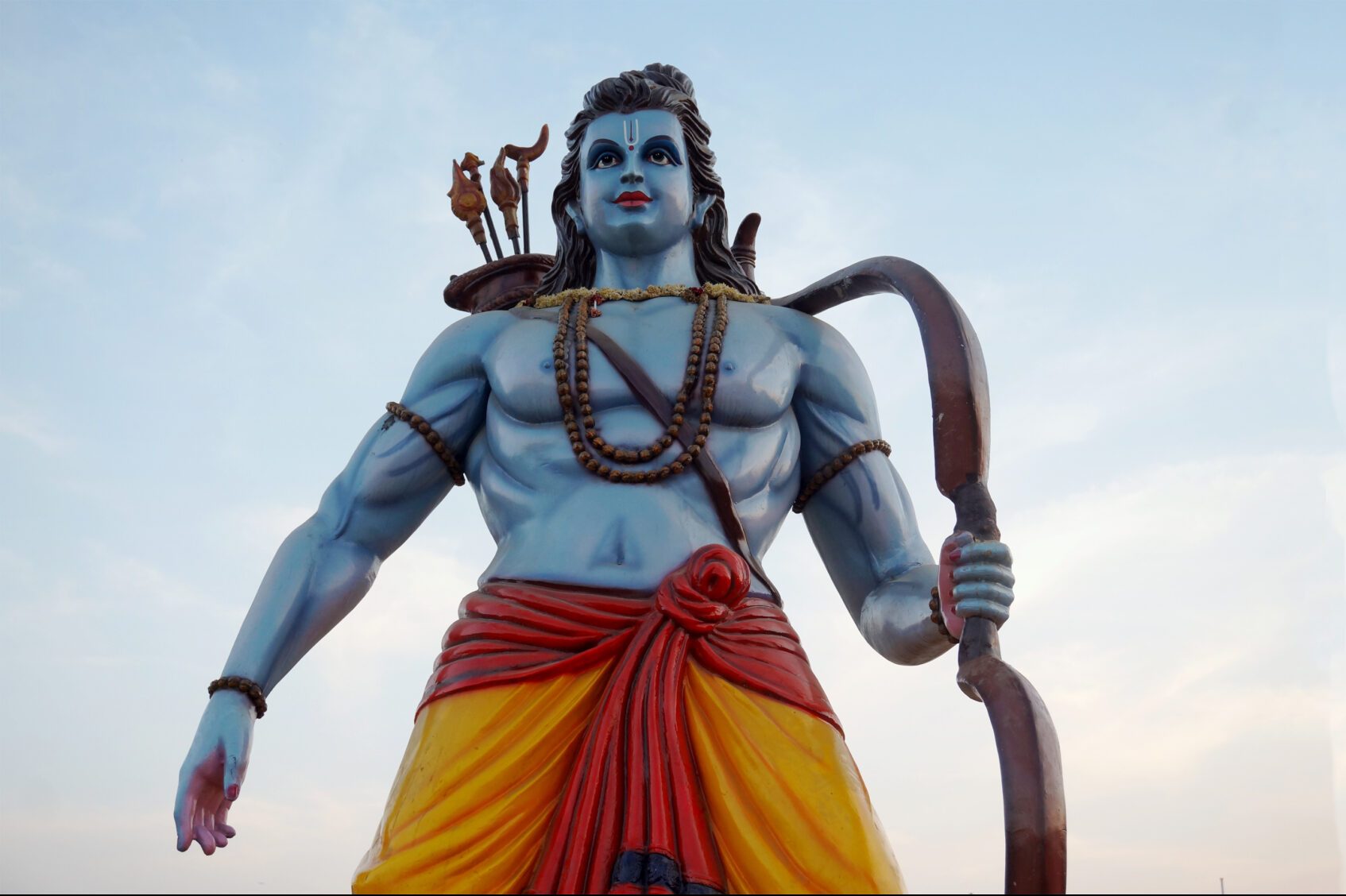 Hinduism is the religion of almost 25 percent of Guyana’s population, making it the country with the highest percentage of Hindus in the Western Hemisphere.

Often overlooked, this community has survived and persevered, attempting to keep its traditions alive in the face of many challenges.

Sadly, it has been in decline for many decades. If it is to survive going into the future, it will need help, and such help starts by understanding its story, one that goes back almost 200 years.

The history of Hindus in Guyana begins with the Slavery Abolition Act of 1833, a time when Guyana’s British colonizers lost more than half of their workforce as newly emancipated Africans moved off the sugar plantations to become small landowners and form their own villages. Left with a void of subjugated labor, Britain turned to India.

Indians in both north and south India — many of whom were experiencing high levels of unemployment, poverty, and famine — were targeted by professional recruiting agents. Promised greater opportunities and lucrative employment, about 239,000 Indians were lured and imported to Guyana from 1838 to 1917 as indentured laborers and servants.

Life abroad, unfortunately, was not what they hoped.

The journey itself was a struggle for survival due to overcrowding, poor food quality, lack of fresh water, and the spreading of water-borne diseases, such as dysentery and cholera. During a long and arduous voyage with high mortality rates (as high as 20 to 30 percent in some cases) the immigrants found solace and fellowship through singing and storytelling, a trend that would continue and take on greater meaning once in Guyana.

Their situation didn’t get much better when they arrived. While technically not slaves, the immigrants were basically treated as such. They were paid paltry wages and given unrealistic job assignments as they attempted to adjust to the harsh tropical climate.

Going further, it became clear that a policy of the British in Guyana was to Christianize the Indians, and effectively stamp out their Hindu faith.

The British made it difficult for their laborers to form a unified community by sequestering them, limiting their movement from one plantation to another.

This, however, didn’t stop the Indians from pursuing their religion. More than 9,000 miles from their homeland, the immigrants were made even more determined to establish and maintain their Hindu identity under the colonizers oppressive tactics.

Though lacking both time and freedom, they persisted, gathering on Sundays and at night — the only day and time open for them to engage in their Hindu practices. Later, as the laborers protested against the British and gained more freedom of movement, the yajna, a type of Hindu devotional ceremony, became an integral part of keeping their faith alive.

While today there are halls and mandirs (temples) in Guyana that allow for more extravagant yajnas, Guyana’s earlier Hindu generations were starved of the ingredients to perform these ceremonies as opulently as they would have liked. The gatherings at these yajnas, therefore, took place in simpler settings, such as rice fields, often among tractors, trailers, and other various farm equipment.

Still, this did not deter congregation numbers. People as far as the eye can see would come together for these yajnas, which were usually based on the philosophy of the Bhagavad Gita and/or the Hindu epic the Ramayana. The Ramayana was particularly important to these yajnas, for its stories helped give Hindus the courage, strength, resilience, and fortitude to bear the hardships of their situation.

During a period when they were being severely exploited and pressured to give up their religion, Hindus looked to the Ramayana as the grand narrative of who they were. The epic, therefore, played an essential role in helping them maintain their Hindu identity and traditions — as it still does today.

The efforts to preserve such traditions thus did not go in vain, for as the indentureship program ended in 1917 and Guyana gained its independence in 1970, Hinduism succeeded in embedding itself into the fabric of Guyanese culture. Hindu temples were erected along the country’s coastal landscape, as the food, dress, and music of Guyana’s Hindu heritage also prevailed.

Despite the fact that Hindus have for a long time been able to practice their religion freely, Hinduism has been in decline for several decades.

Though a medley of factors can be attributed to this decline, Christian proselytization is perhaps the single most critical reason. In the early indentured period, Christian attempts at conversion met with little success, in large part because the Indians, who very much identified as Hindu, had every intention of returning to India after making and saving money in the foreign land.

Most Indians, however, opted to stay in Guyana after they completed their indentureship. Thus, as one Indo-Guyanese generation turned into another, the passing of time eroded much of the characteristics that informed the community’s Hindu identity. Most Indo-Guyanese, for example, have lost all fluency of Hindi and other South Asian languages, and instead speak a creole-dialect of English.

This, coupled with the fact that Guyana is one of the poorest countries in South America, has made many Hindus susceptible to conversion.

According to Worldlifeexpectancy.com, Guyana is the country with the highest suicide rate per capita in the world, with a majority of suicides committed by those of Indian descent. Poverty, alcohol abuse, family dysfunction, interpersonal violence, and lack of mental health resources — problems particularly prevalent in rural areas — are among the many reasons for this statistic. Christian proselytizers thus target rural areas, where they believe Hindus are the most vulnerable. And because much of the evangelization is backed by a significant amount of wealth, it can be very tempting for Hindus to convert if it means raising their family’s standard of living.

Guyana’s Hindu priests and lay leaders have gone above and beyond in preserving the country’s Hindu faith. Besides conducting the yajnas, which are still a thriving and powerful tradition that brings together and enlivens devotees, they also act as spiritual guides and gurus, working tirelessly to make sure their local communities are as fixed in their faith as possible.

There is, however, only so much they can do. In order for Guyana’s Hindu community to prosper, it cannot be left on its own. The greater Hindu world must become aware of Guyana’s Hindu population, which craves recognition and connection.

Hindus in Guyana hence welcome and insist Hindus from other parts of the world to come and see for themselves the vibrant form of Hinduism that still exists in the country, and lend help in the efforts toward opposing conversion. They’ll even give you a place to stay, feed you, and take you anywhere. One such person is Ram Rattan, a pandit and educator who founded a social services center in Georgetown, Guyana, that offers classes for social and individual improvement, as well as accommodations.

Brought almost 200 years ago to a foreign land by the British, Guyanese Hindus, though descendants of Indians, are rarely, if ever, viewed as Indian. Deprived of their ancestor’s national identity, they look to the larger Hindu community to acknowledge and support their spiritual one.