Reporters Guide to the Swastika

What does the word 'swastika' mean?

In Sanskrit, the word swastika is a combination of ‘su’ (meaning ‘good’) and ‘asti’ (meaning ‘to exist’) — often getting translated as ‘all is well.’ The swastika is thus understood to be a symbol of auspiciousness and good fortune.

Though the Nazi symbol was originally called the hakenkreuz (meaning ‘hooked cross)’, early translations of Adolf Hilter’s “Mein Kampf” into English substituted swastika for hakenkreuz, thereby popularizing the notion of a “Nazi swastika”.

How is the swastika used by Hindus?

The swastika is regularly painted or written on Hindu homes, businesses, printed materials, cars, temples, and ashrams. Many Hindus adorn the threshold of the front entrance to their homes with the swastika. Especially during Diwali, Hindus may wash away old swastikas and reapply them, or include them as part of their rangoli (a traditional art form using dyed powders, rice and grains, or flowers to decorate the ground of courtyards). Often during Diwali, the swastika is created by artfully arranging diyas (clay lamps). 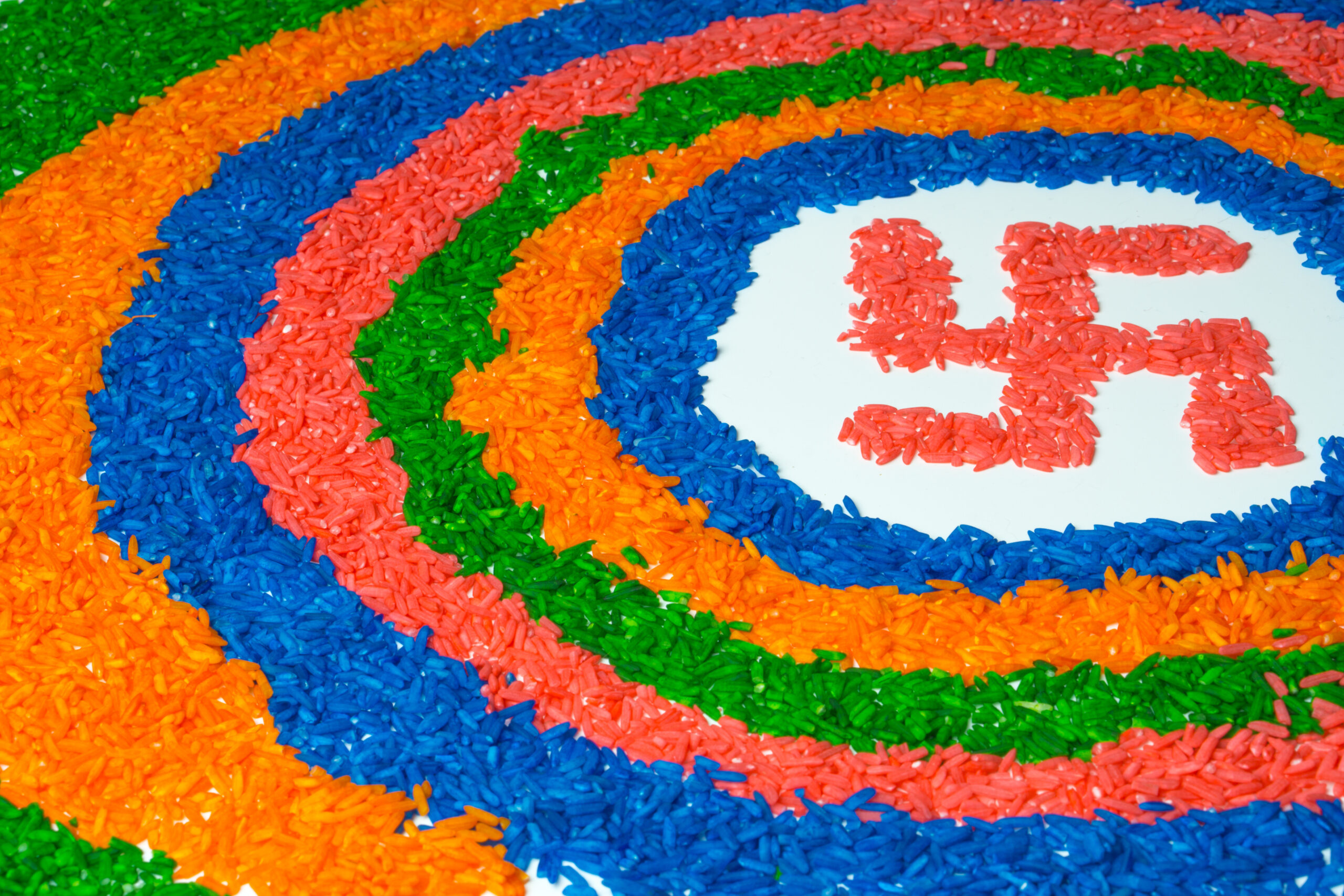 What is the symbolism of the swastika?

Though many Hindus displaying the swastika are doing so in the spirit of using it as auspicious and attractive decoration, the four limbs of the swastika are also interpreted with deeper symbolic meaning.

The four limbs can be interpreted as representing:

Have Hindu leaders dialogued with Jewish leaders about the swastika?

Yes. In 2008, the second Hindu-Jewish leadership summit took place in Jerusalem. The summit issued the follow declaration, recognizing the importance and positive intent of Hindus using the swastika:

“Swastika is an ancient and greatly auspicious symbol of the Hindu tradition. It is inscribed on Hindu temples, ritual altars, entrances, and even account books. A distorted version of this sacred symbol was misappropriated by the Third Reich in Germany, and abused as an emblem under which heinous crimes were perpetrated against humanity, particularly the Jewish people. The participants recognize that this symbol is, and has been sacred to Hindus for millennia, long before its misappropriation.” 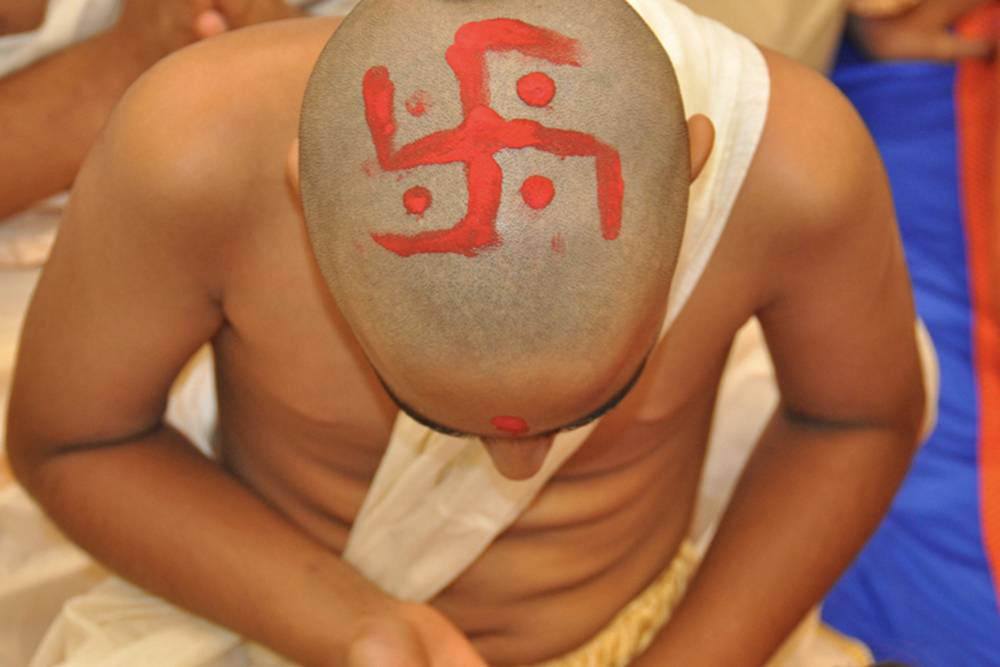 The swastika is the Indic representation of one of humanity’s oldest and most consistently used symbols across nearly every human culture. It has more than 10,000 years of positive associations behind it, continuing actively to this day with more than a billion people continuing this tradition.

The oldest instances of its use that archeologists have discovered go back to not long after the last ice age in what is now Ukraine. It has been used consistently in the Indian Subcontinent for several thousand years, as well as in East Asia. Pre-Christian cultures used it in Europe for a similarly long time period. Recognizable swastikas have been used in Africa and North America as well. In Europe and North America the swastika was used as a symbol of good luck right up until World War Two and had been experiencing a resurgence for several decades prior to this.

The hateful use of the symbol by Nazis — known most properly as the hakenkreuz or ‘hooked cross’ —  has less than a hundred years of history behind it and less than two decades of official usage by a nation of less than 100 million people at the time. Today it is hard to determine how many people ascribe to this hateful ideology and worldview. If registered users at one of the most prominent white nationalist websites is any indication, the numbers are minuscule compared to either people using the swastika with its traditional intent and purpose or to the general population in the West.

For many people today in the West, the association between Nazism, white supremacy, and the Party’s emblem seems inseparable and any traditional use by Hindus, Buddhists, Jains, and others insensitive. However, we believe that through dialogue and education the important distinction between the Nazi hakenkreuz and the swastika can become common knowledge.

HAF Statements and Articles on the Swastika