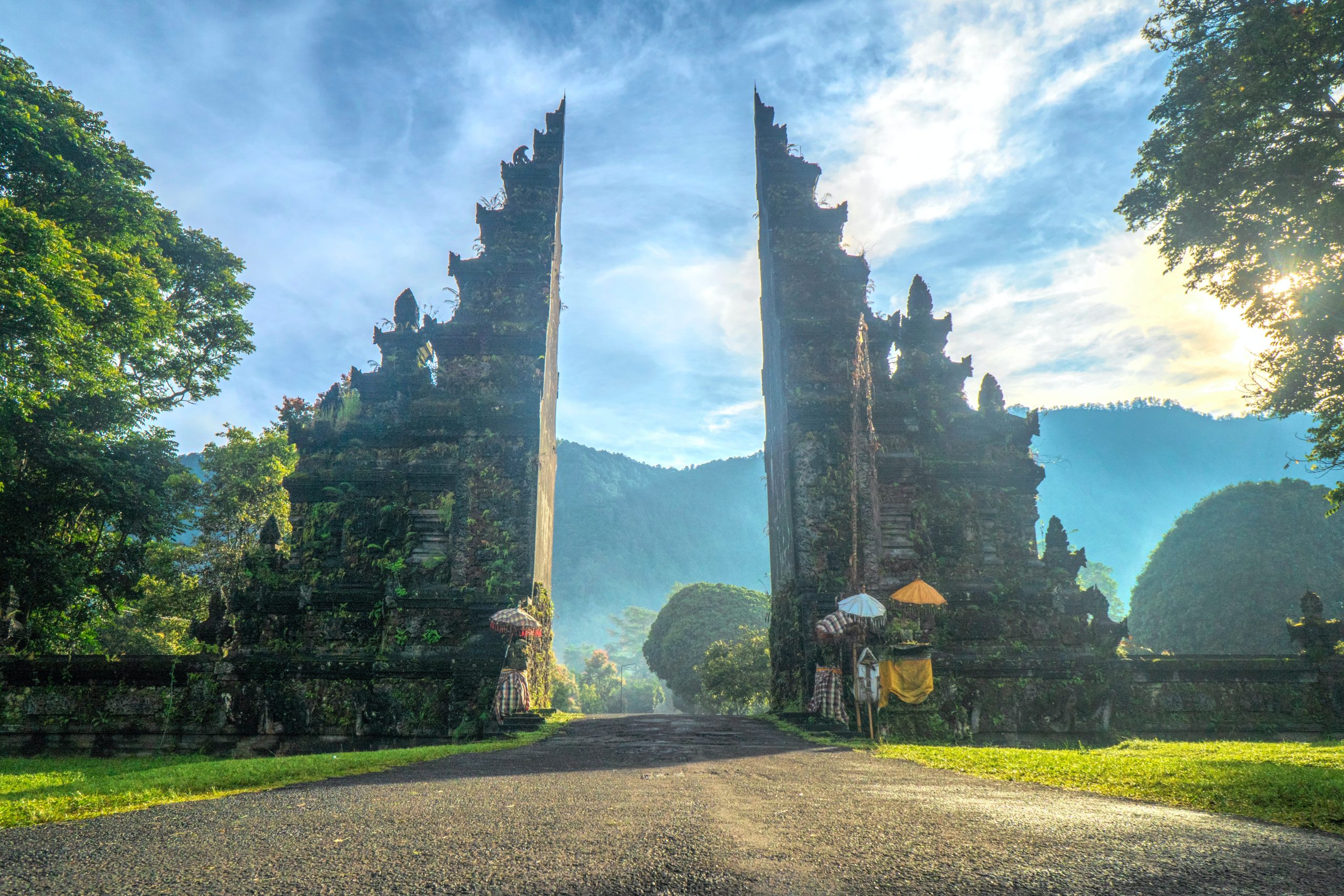 Over the years, Bali has become Indonesia’s main tourist destination.

While it’s easy to assume that this is probably due to the island’s warm weather, scenic oceans, and forested volcanic mountains, making it a picture of paradise, anyone who’s been to Bali knows the city’s unique charm is about more than just natural beauty — it’s about the cultural magnificence of its main religion, Balinese Hinduism.

Home to thousands of temples abuzz with throngs of devotees practicing a myriad of colorful customs, rituals, and ceremonies, Bali is roughly 90 percent Hindu, making it a religious enclave in a country that contains the world’s largest Muslim population, begging the question as to how such a reality came to be.

According to the paper Hindu Rituals in India and Bali by Balinese Historian Ni Wayen Pasek Ariati, Hindu culture — originally from the mainland of India — is believed to have first been brought to the Indonesian Archipelago during the first millennium CE, “a time when Buddhist monks and priests of the Shaiva form of Hinduism joined the voyages of seafaring merchants who traveled to and from the archipelago as part of the trading networks that connected China with India, the mid-east, and Europe via the archipelago.”

Ariati says Hinduism subsequently prospered on the islands roughly from the fourth to the late 15th century, but was mostly replaced by Islamic culture as Islamic trading networks began influencing the politics and economics of the archipelago. In spite of this, Hindu culture survived in some areas of Indonesia, continuing to thrive and evolve in places like Bali.

However, because the island is more than 3,600 miles southeast of India, Balinese Hinduism took on its own form, manifesting as a result of the fusion of Indian Hindu teachings/customs and local Balinese beliefs/traditions.

Generally speaking, much of the practices in Balinese Hinduism can be encapsulated by five categories of spiritual rituals called Panca Yadnya, literally translated as “five holy offerings.” They are:

Practically no day goes by in Bali without the occurrence of at least one religious ceremony. While this might appear superfluous to some, Balinese Hindus believe these ceremonies are, in fact, necessary to maintain harmony and balance amongst humans, nature, and the gods. In fact, the first day of the Balinese new year, Nyepi, is observed by all on the island with a full day of silence, fasting, and meditation, as a way of getting better in touch with the Divine that connects everyone and everything.

Attaining peace and harmony can only really occur when one cultivates love and respect for others. Such love is expressed through service, and real service takes sacrifice. Thus, yadnya, or acts of sacrifice, is the process of attaining actual harmony, and so Balinese Hindus have built a rich and colorful culture on the foundation of such sacrifice.

Even amidst all of its natural beauty, it’s this culture that makes Bali a truly extraordinary place to visit.

If you’re ever on the island, the 400-foot Garuda Wisnu Kencana statue and the Uluwatu Temple dedicated to Rudra are particularly emblematic of Bali’s majestically spiritual heritage.