5 things to know about Diwali
Things To Know 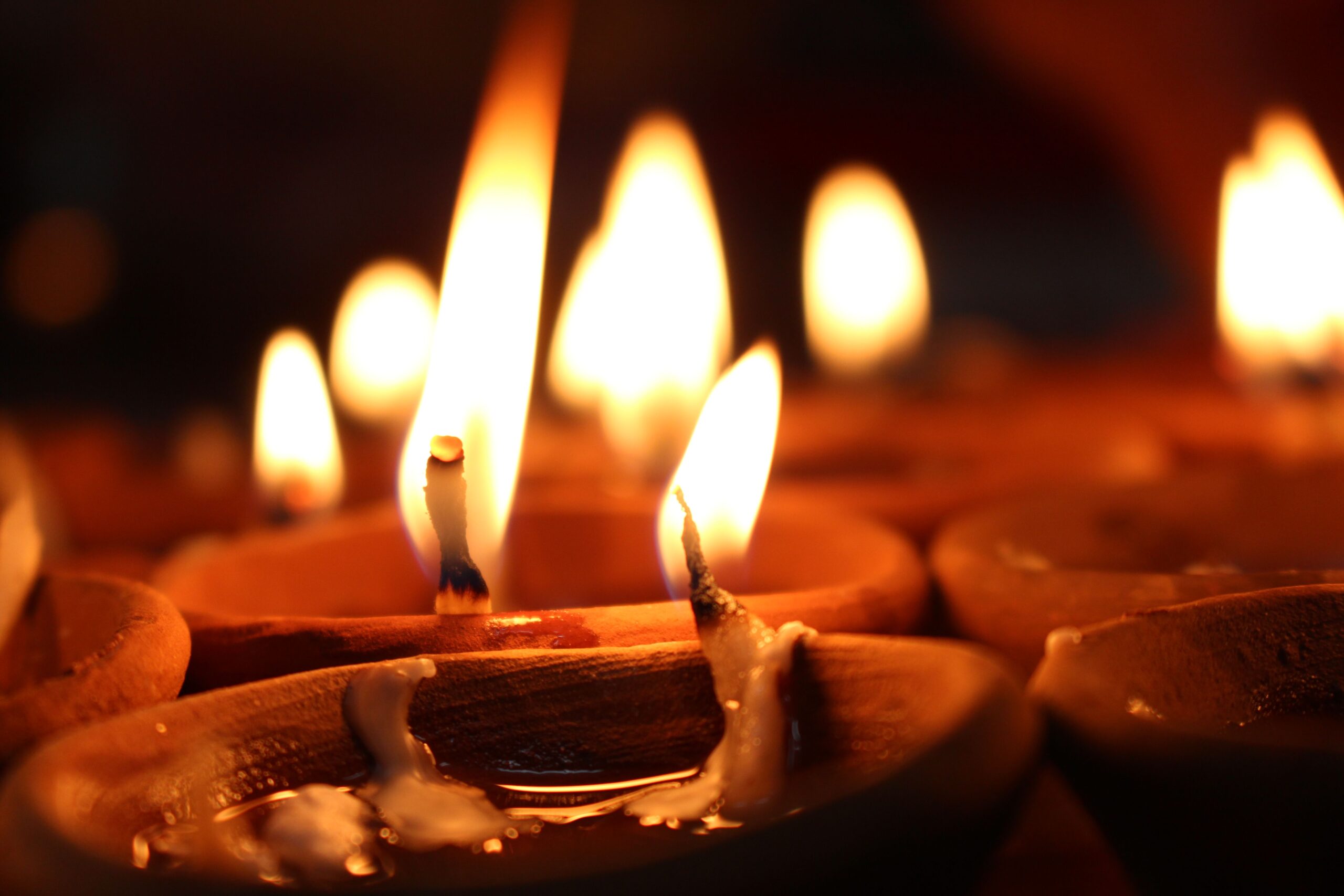 1) Diwali is known as the “Festival of Lights”

Typically falling sometime between October and November, as per the Hindu lunar calendar, Diwali is one of the brightest and most widely observed Hindu festivals within India and around the world.

Meaning “a row of lights” in Sanskrit, the holiday is commemorated with the lighting of candles, diya (clay lamps), and firecrackers as a way of symbolizing the victory of good over evil, knowledge over ignorance, and spiritual light over darkness.

Followers celebrate Diwali by gathering in local temples, homes, community centers, or any other appropriate spots in which they can spend time with friends and loved ones, make positive goals, and simply appreciate life. While this generally includes preparing celebratory foods, reciting prayers, and singing songs, it also involves honoring Vishnu, who is known as the sustainer of the universe, and the Goddess Lakshmi, who is known as the Goddess of wealth and prosperity.

2) Diwali commemorates the return of Prince Rama from exile

According to The Ramayana, one of India’s great epics, there lived a prince called Rama, thousands of years ago in the kingdom of Ayodhya, who was considered to be the embodiment of dharma (right living) and an incarnation of Vishnu.

As the eldest of his father’s sons, Rama was meant to inherit the throne, but was instead exiled to the forest for 14 years by his jealous step-mother who wanted her own son to become emperor instead.

One day while Rama was living in the forest with his wife, Princess Sita (an incarnation of Lakshmi), and his loyal younger brother Lakshman, both of whom had followed him into exile, a powerful king named Ravana, overcome by the princess’ beauty, had the brothers distracted so he could kidnap Sita and bring her to his kingdom in Lanka.

Discovering what had happened to Sita, Rama and Lakshman sought the aid of the great warrior Hanuman, who agreed to help rescue her. The three of them trekked to Lanka, killed Ravana in battle, and successfully freed the princess.

After completing the 14-year exile, Rama, Sita, and Lakshman returned to Ayodhya, where the citizens joyously honored the homecoming of their beloved prince by lighting lamps all over the kingdom, giving it the appearance of a row of lights.

Diwali is hence called the “Festival of Lights,” celebrating Rama’s return from exile, as well as his victory over Ravana as that of good over evil.

Another well-known story connected to Diwali can be found in the Bhagavata Purana, a sacred text that centers around Krishna, who is considered by some traditions to be an avatar of Vishnu like Rama, and by other traditions to be the ultimate source and form of the Divine.

As described in the text, Bhumi Devi, known also as Mother Earth, had a son named Narakasura who was powerful, proud, and arrogant. Fueled by greed, he began conquering neighboring kingdoms, eventually kidnapping thousands of beautiful women and holding them captive. Hearing of his transgressions, Krishna engaged Narakasura in battle, killing him and freeing the women, as well as bringing peace to where Narakasura had wreaked havoc.

Krishna’s triumph, like that of Rama’s, also symbolizes good over evil and light over darkness, and is therefore celebrated as such by many on Diwali.

4) How Diwali is celebrated

Diwali is customarily celebrated over five days with each day holding special importance. They are:

To learn more about how to celebrate Diwali, check out Hindu American Foundation’s Diwali toolkit.

Diwali’s significance is recognized not only across the globe but also across religious traditions.

For Jains, Diwali is the day Mahavira, the 24th and last Tirthankara (the great spiritual teachers of the Jain religion), attained moksha, or liberation from the cycle of death and rebirth. Sikhs acknowledge Diwali as the day Mughal Emperor Jehangir released Guru Hargobind, the sixth guru of the Sikh tradition, from prison. And Buddhists honor Diwali as Ashok Vijayadashami, the day the great Indian Emperor Ashoka accepted Buddhism as his faith.

Though the customs, rituals, and historical legends connected to Diwali vary from tradition to tradition, the essence of what the holiday represents — the symbolic victory of knowledge over ignorance, light over dark, and good over evil — is always the same, never failing to bring people together in a vibrant, positive, and unifying celebration.