5 things to know about tilak
Things To Know 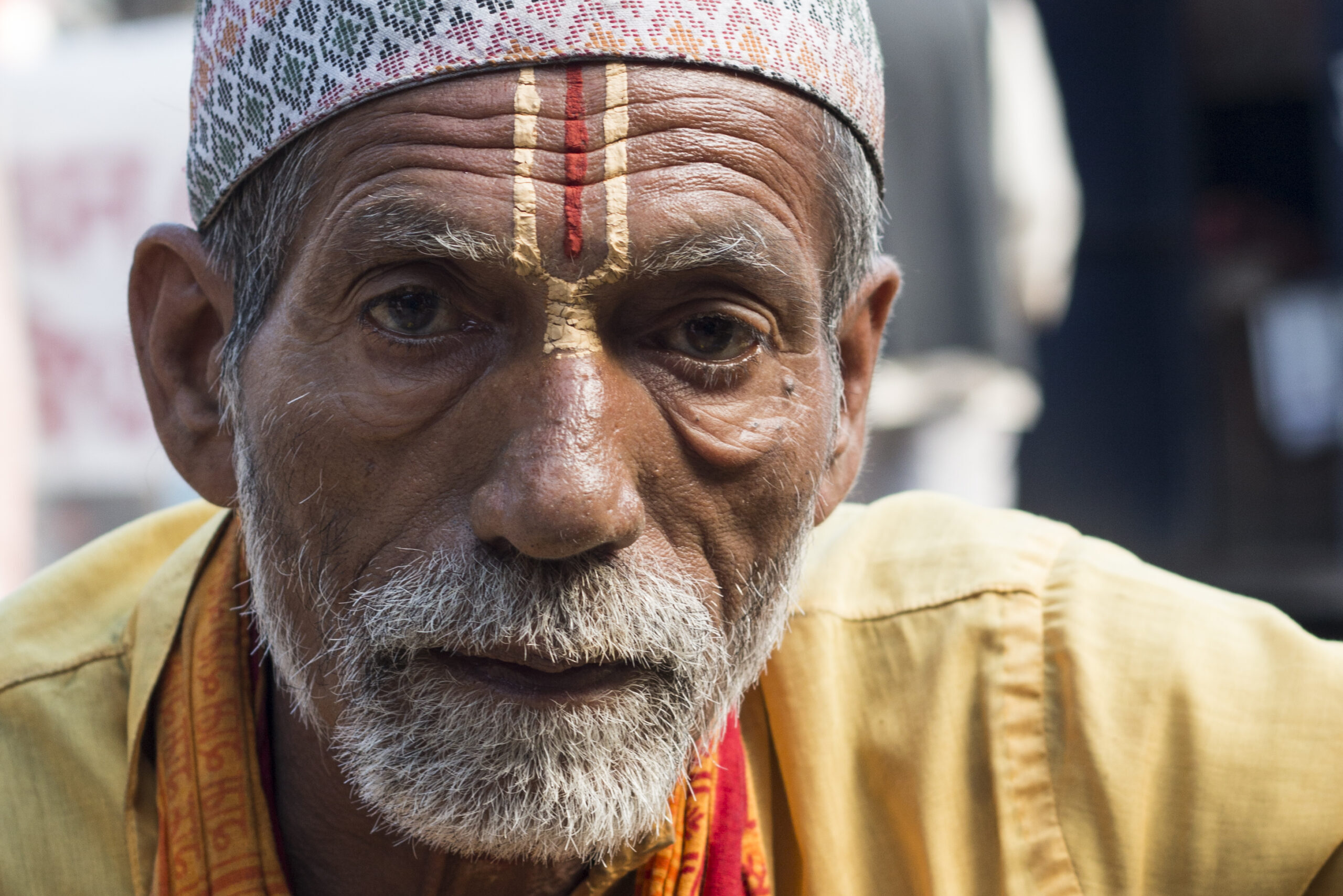 Tilak (“mark” in Sanskrit) is a paste made of ash, sandalwood, vermillion, clay, or turmeric, typically worn on the forehead, and sometimes other parts of the body — like the torso, arms, or neck — signifying which spiritual lineage a devotee adheres to within Hinduism. The shape of the tilak and the substance it’s made from generally corresponds to the God or Goddess that lineage worships.

Shaivites (worshippers of Shiva), for example, smear their foreheads with three horizontal lines of vibhuti, a sacred white ash that acts as a reminder of the temporary nature of the material world. Made of the burnt dried wood from Hindu fire rituals, the three lines of vibhuti are called tripundra, and represent Shiva’s threefold powers of will, knowledge, and action. Tripudra is also frequently worn with a dot made of kumkum (a powdered red turmeric) in the center, symbolizing the creative and energetic force of the Divine known as the Goddess Shakti.

Vaishnavas (worshippers of Vishnu) usually apply tilak using sandalwood, clay, or a mixture of both, in two vertical lines, which connect near the bridge of the nose to form a “U” shape called urdhva pundra. Though the depictions and layers of symbolism of urdhva pundra vary depending on the sect of Vaishnavism a person belongs to, the “U” is commonly seen as the footprint of Vishnu, indicating the wearer’s desire to become his humble and devoted servant.

Shaktas (worshippers of Devi — the feminine manifestation of the Divine) use kumkum to either draw a single red vertical line, or place a red dot, as a symbol of her divine energy and power.

Though these are some of the more common tilaks a person might come across within the Hindu faith, considering that Hinduism is the world’s third-largest religion with followers living on every continent, there are numerous denominations and a diverse range of tilak styles that exist.

2) Tilak is placed on the third eye

According to yogic texts, there exist seven major chakras (discs of subtle concentrated energy) that run along the center of the body, each of which relate to some aspect of a person’s physical, emotional, and psychological make-up. Tilak is placed on the forehead between the eyebrows where the ajna chakra is located. As ajna means to “perceive” or “command,” the ajna chakra is considered to be the “eye of intuition,” through which a person can discern information that cannot otherwise be seen with one’s physical eyes. This “third eye” is a spiritually potent part of one’s being that helps one to focus inward on the Divine. Tilak, therefore, is placed on the ajna chakra to invoke this divine energy, as well as act as a reminder of the ultimate life goal.

3) Tilak marks the body as a temple

Hindu teachings espouse that, because the Divine resides within all, every person’s body is a sacred temple of God and should therefore be treated as such. Putting on tilak not only acts as an auspicious decoration of this temple, but also helps one to remember that beyond all other species of life, the human body is a precious vessel that enables one to contemplate and actively pursue spiritual endeavors. If selfless service is the practice of sincere love, and the body is what allows a person to engage in such a practice, then all aspects of maintaining the health of the body — from exercising to eating right to maintaining proper hygiene — should be viewed as a sacred activity. In a world filled with distractions that often pull one’s attention away from life’s higher purpose, applying tilak is one of several methods described in Hindu scriptures that helps re-center one’s spiritual focus.

4) Tilak can be worn by anyone

Though tilak is obviously a Hindu custom, you do not have to be an adherent of Hinduism in order to wear it. Like most practices within the faith, anyone and everyone is welcome to participate. Engaging in such a practice, however, should not be done trivially. It’s important to remember that tilak is not only sacred, but when you wear it, you’re representing an entire spiritual lineage. It’s thus best one understands the symbolism and profound meaning behind a particular tilak before donning it in public.

5) When to wear tilak

Tilak can be worn at any time, but generally speaking, it’s best to apply it after showering, when cleanest. It’s particularly nice to wear tilak when participating in any sort of puja (“worship” in Sanskrit), when going to a temple, or attending a special Hindu event or festival. It’s also customary in many lineages to apply tilak on one who is either about to die or has just passed away, as it provides auspiciousness during the transition into the next life. In fact, because death can occur at any moment, and the condition of one’s consciousness at such a time is considered very important in determining the state of a person’s next life, many texts recommend wearing tilak every day, as a way of maintaining a constant atmosphere of spirituality, in case one has to face death without having the time to mentally prepare for it. Wearing tilak every day also acts as a reminder to others who see you of their own spiritual goals. It is a symbolic magnet that helps to pull the attention of all who see it to a more spiritual plane of existence.