What do The Matrix, Avatar, Groundhog Day, and Star Wars have to do with Hinduism? A lot more than you might think - Hindu American Foundation
Living Dharma

What do The Matrix, Avatar, Groundhog Day, and Star Wars have to do with Hinduism? A lot more than you might think 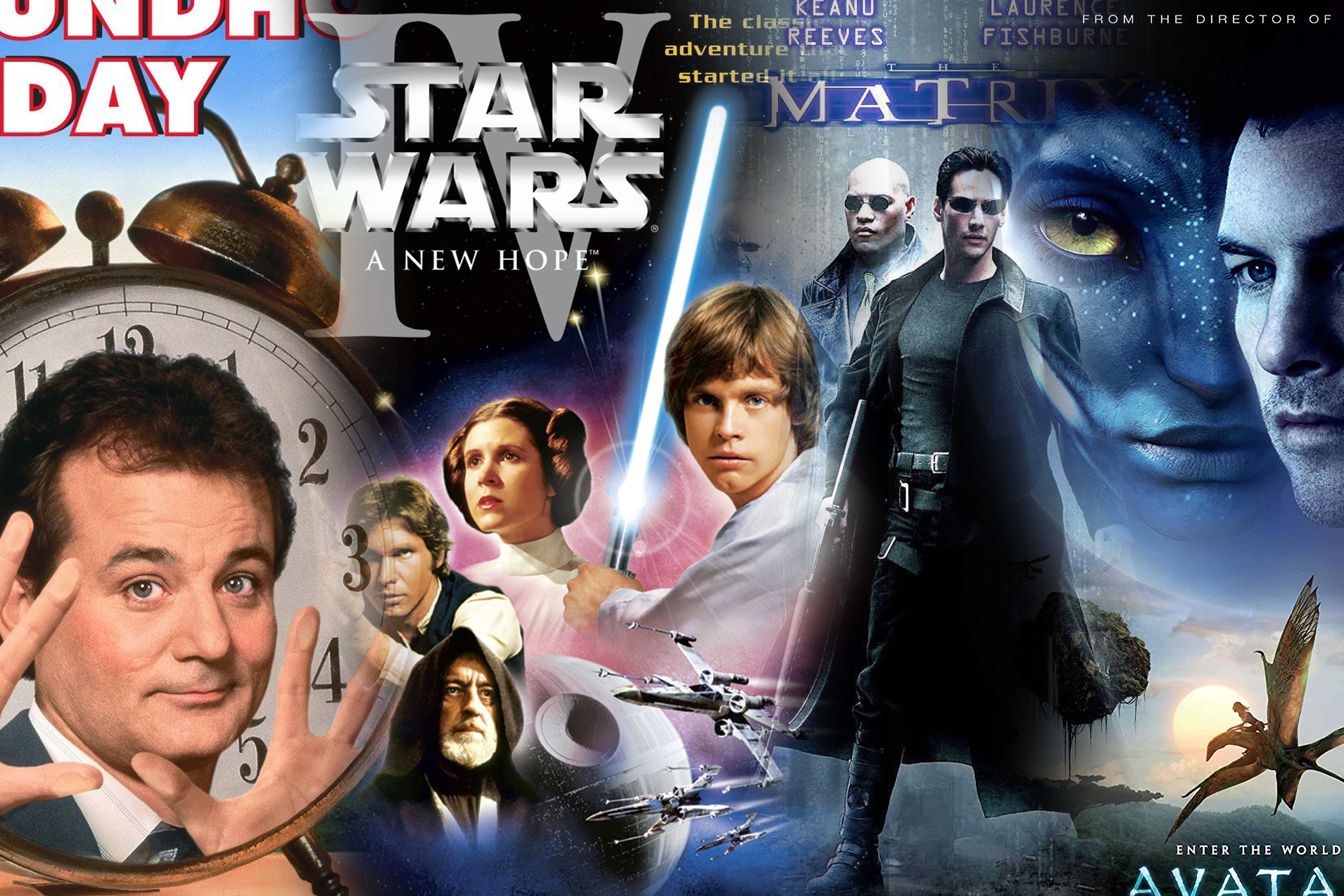 What does modern storytelling have to do with Hinduism? To those unfamiliar with the tradition, probably very little.

For those of us who are Hindu, however, the fact that some of the biggest Hollywood films produced in the last several decades have mirrored many of the religion’s most fundamental philosophical ideas has become thoroughly obvious.

From Avatar (2009), to The Matrix (1999), to Groundhog Day (1993), there have been many movies over the years that have conveyed a number of important Hindu concepts, whether audiences have been aware of it or not. And while all of them have played some role in further embedding Hindu philosophical thought into the fabric of Western culture, the film franchise perhaps most responsible for opening modern storytelling to such ideas is none other than George Lucas’ Star Wars.

A fantastical space opera about a dark lord and an unlikely young hero who fight each other using “laser swords” and “psychic abilities,” Star Wars may seem on the surface-level to reside in a galaxy far, far outside the realm of Indian esotericism. Upon closer analysis, however, it doesn’t take long to notice what appear to resemble a number of foundational Hindu principles driving many of the franchise’s most compelling concepts.

In part two of his essay “Hindu Themes in Western Popular Culture: A Tale of Two Georges,” Dr. Jeffery Long, professor of religion and Asian studies at Elizabethtown College, writes, “The most obvious comparison between the Force and something in Hindu philosophy is the omnipresent Brahman: the infinite being, consciousness, and bliss that is the true nature of reality…Both entities can be likened to an all-pervasive energy field.”

Much like the advanced yogis in Hindu texts who are described as having the ability to defy the laws of reality by becoming more attuned to the Brahman through yogic practice, Jedi Knights (warrior monks) also have the ability to manipulate the laws of normal reality because of their exceptional sensitivity to the Force.

As such, it’s probably no coincidence that the series’ most revered Jedi master — in large part due to his extraordinary connection to the Force — is called Yoda, a name which not only sounds like “yoga,” but is also very similar to yodha, which means “warrior” in Sanskrit.

Besides the many philosophical parallels that can be highlighted between Star Wars and Hinduism, Star Wars also exhibits similarities in story structure and character roles to one of India’s famous epics, the Ramayana.

To give a quick synopsis, the Ramayana is about a princess named Sita who is kidnapped by a dark figure called Ravana. The hero of the story, Rama, sets out to rescue Sita, aided by his brother Lakshmana and an army of intelligent monkey warriors, most prominent of which is one named Hanuman. A great battle eventually ensues in which Ravana is killed and Sita is rescued.

In Star Wars there is also a princess who is kidnapped by a dark lord, the hero of the story (Luke) is also aided by a brotherly figure (Han Solo) and ape-like creature (Chewbacca), and an army of monkey-like creatures (Ewoks) also help in defeating the dark lord’s forces.

While this comparison is fascinating, it’s really Star Wars’ more philosophical aspects that make the space opera so gripping, which ultimately speaks to how universally relatable Hindu thought can truly be.

In fact, Hinduism is more accurately referred to as Sanatana Dharma (the ‘eternal way’), indicating the religion’s emphasis on eternal truths that are applicable to all of humanity. Thus, it makes sense that a medley of mainstream movies could convey Hindu ideals that resonate strongly with audiences, while not actually talking directly about anything understood by the public as Hindu.

In Groundhog Day, for example, when cynical TV weatherman Phil Collins discovers he is trapped in a time loop, living the same day over and over, only to be released after transforming his character from an egocentric narcissist to a thoughtful and kindhearted philanthropist, it’s hard not to be reminded of the Hindu notion of samsara, a cycle of reincarnation from which a soul attains liberation by realizing its divine nature after lifetimes of spiritual practice.

Or in The Matrix when Neo chooses the red pill of knowledge over the blue pill of ignorance, and is subsequently unplugged from an illusory world and cast into the truth of reality, the film seems to be conveying a foundational Vedic teaching: that we must transcend our own ignorance — a product of maya, literally meaning “illusion” in Sanskrit — to uncover our true nature.

Hindu concepts appear to be further exhibited in Neo’s relationship with Morpheus, which starkly reflects that of a disciple and guru, as the latter reveals to the former the knowledge he needs in order to understand this “true nature.” As Neo’s faith in Morpheus’ words develops, so does his capacity to see past the illusion of the matrix, garnering him the ability to manipulate the laws of this false reality, similar to the Jedi and yogis described earlier.

Then there’s Avatar, a film named for the Sanskrit word avatāra (‘descent’), in which the protagonist, Jake Sully, enters and explores an alien world called Pandora by inhabiting the body of an indigenous 10-foot, blue-skinned being, an idea taken from Hinduism’s depictions of the various avatars of the blue god Vishnu, who are said to descend into our world for upholding dharma.

Instead of aligning with the interests of the humans, who merely want to mine Pandora for the valuable mineral unobtanium, Sully fights alongside the alien humanoids native to the world, called Na’vi, who live in harmony with nature, believe all life is sacred, and that all life is connected by a divine force — teachings synonymous with Hinduism. Thus, similar to the avatars of Vishnu, Sully defends and preserves a spiritual culture by defeating those who would destroy it for materialistic pursuit.

As said before, none of these films actually indicate in any direct way that they have anything to do with Hinduism, yet it’s clear they are communicating Hindu ideas that everyone relates to and understands on a profound level.

Hindu teachings are thus powerful, not because they are Hindu, but because they draw on concepts that are applicable and accessible to anyone’s life.