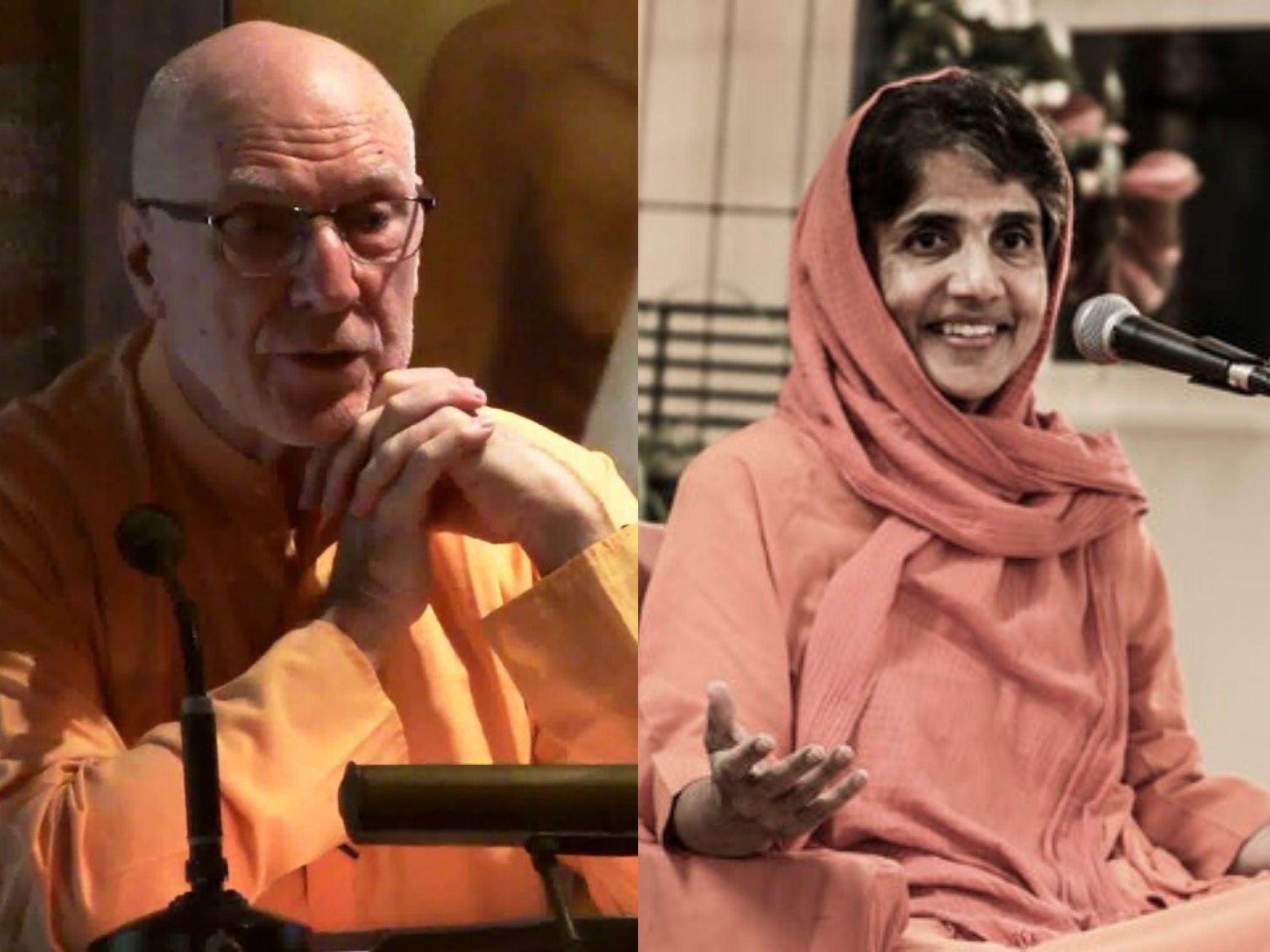 In the midst of the COVID pandemic, what is the role of spirituality in this time of crisis? How can we better cope? What is the way forward?

Hear from two modern-day masters of Vedanta in an enlightening and enriching dialogue on the salience of sadhana during these uncertain times.

Swami Atmarupananda discovered the Vedanta tradition of Hindu dharma as an American  teenager and developed what has become a lifelong fascination and dedication. He joined the Ramakrishna Order of India as a monk in 1969 in Chicago, and subsequently spent many years in India engaged in monastic, scholarly, and spiritual training. For many years he has travelled widely in the world, giving lectures and retreats, speaking at conferences dedicated to finding a spiritual foundation for civilization and participating in interspiritual dialog. He now serves as the resident monk of the Vedanta Society of Greater Houston.

Swamini Svatmavidyananda is a long-time and accomplished disciple of Parampujya Sri Swami Dayananda Saraswati, the founder of Arsha Vidya Gurukulam, located in Saylorsburg, PA. She splits her time between Washington DC and Oregan at two affiliate centers of Arsha Vidya. She’s an internationally respected scholar and practitioner of Advaita Vedanta.  Swaminji was responsible for the inception of the All India Movement for Seva (AIM for Seva), a non-profit enabling rural Indian children to receive a proper education. She was also a founding member of the Global Women’s Peace Initiative, an international network of women and men spiritual and community leaders.