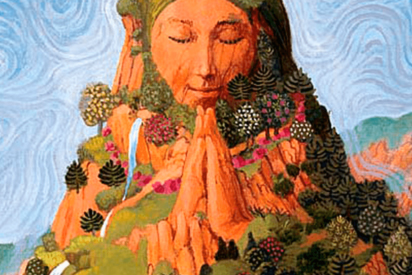 Hinduism and Climate Action: What does Hinduism teach us about environmental stewardship?

Hinduism contains numerous references to the worship of the divine in nature in its Vedas, Upanishads, Puranas, Sutras and its other sacred texts. Millions of Hindus recite Sanskrit mantras daily to revere their rivers, mountains, trees, animals and the earth. Hinduism is a remarkably diverse religious and cultural phenomenon, with many local and regional manifestations.Gandhi exemplified many of these teachings, and his example continues to inspire contemporary social, religious and environmental leaders in their efforts to protect the planet.

Join us for a discussion with panelists from Hindu Temple of Delaware,  Hindu American Foundation, and Bhumi Global to learn the teachings of Hinduism and its urgent call to action for Hindus to take the lead in combating global warming!

This event is a co-production of Delaware Interfaith Power and Light, Hindu American Foundation, and Bhumi Global