4 Things About Hinduism and Vegetarianism 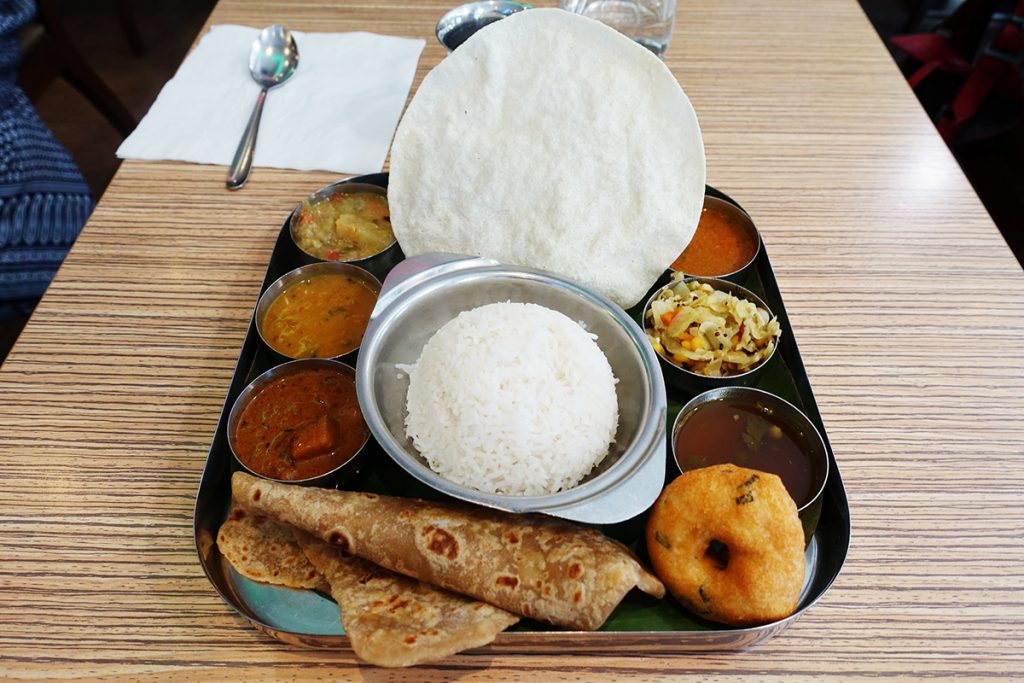 Hindus have a worldwide reputation for being steadfast vegetarians. In fact, for decades vegetarianism has been one of India’s cultural exports. So much so that even if people know little about Hinduism as a religion, they well may be convinced that Hindus don’t eat meat as a rule. The reality is more complicated.

Hindu Scriptures Extol the Virtues of Not Eating Meat

Hindu scripture have long supported the spiritual benefits of a vegetarian diet. Indeed, this has never been an absolute dictate for all people, but as Professor Arvind Sharma points out, the general Hindu take on eating a vegetarian diet has long been that it’s “highly meritorious.”

There are a number of passages discussing these benefits. Here are just three:

“The sins generated by violence curtail the life of the perpetrator. Therefore, even those who are anxious for their own welfare should abstain from meat-eating.” — Mahabharata, Anushasana Parva 115.33

“How can he practice true compassion, who eats the flesh of an animal to fatten his own flesh?” — Tirukural 251

“Those noble souls who practice meditation and other yogic ways, who are ever careful about all beings, who protect all animals, are the ones who are actually serious about spiritual practices.”  — Atharva Veda 19.48.5

But, Most Hindus Are Not Vegetarian

Along the border with Pakistan, the states of Gujarat, Rajasthan, and Punjab all have high numbers of vegetarians. There, roughly, two-thirds to three-quarters of people do not eat meat—representing not just Hindus, but also large concentrations of Jains and Sikhs, who also have strong traditions of vegetarianism. However, in the south and east of India, a tiny minority of people are vegetarian.

Though there are regional variations in distribution of Muslim and Christian populations (the two largest minority faiths in most of India, neither of which have a marked history of vegetarianism), what this survey shows is dietary choices are determined more by regional food tradition and economics than by whether a person’s faith — even if in any given area there are strictly vegetarian communities and others that that are eager meat eaters.

Nevertheless, India Has the Highest Percentage of Vegetarians in the World

With nearly 30% of India being vegetarian, it does have a much larger percentage of vegetarians than any other nation. The next closest nations for vegetarianism all have less than half the percentage of people eschewing meat: Switzerland, Taiwan, and Israel (13-14%). Of the remaining countries where dietary surveys have been done — in Europe, North and South America, and East Asia — the percentage of vegetarians is generally under 10%, with many nations in the low single digits. Given this, it’s easy to see why, particularly for visitors to India without knowledge of the demographics, it can seem like everyone is there vegetarian. Compared to much of the United States outside of urban centers, and much of Europe, vegetarian food options are plentiful in India.

Even though the actual number of vegetarians in India is lower than the perception, the number of people adopting vegetarian diets for ethical reasons appears to be increasing. The same survey that recently showed 71% of Indians eat meat points out that just three years ago 75% ate meat. Is that a trend or a difference in survey methodology is unknown? However, a 2016 survey found that just 58% of Indian youth, age 15-34, eat meat—lending credence to the notion that change is happening.

This mirrors trends in the United States towards more plant-centric diets. In the United States, now 6% of the population is vegan (no meat, no dairy, no eggs), with 30% of the population actively choosing to eat less meat. That may seem a small percentage of vegans, but in 2008, just 0.5% of the US population was vegan. Perception of meat as being the cornerstone of healthy diet is shifting generationally as well. In the US, nearly half of 16-19 year olds believe a diet with less meat in it is healthy. This is not surprising considering percentages of vegetarians by age group in the US: Just 1% of Baby Boomers say they’re vegetarian, 4% of Generation X, and 12% of Millennials.