5 things to know about Hindus and death
Things To Know 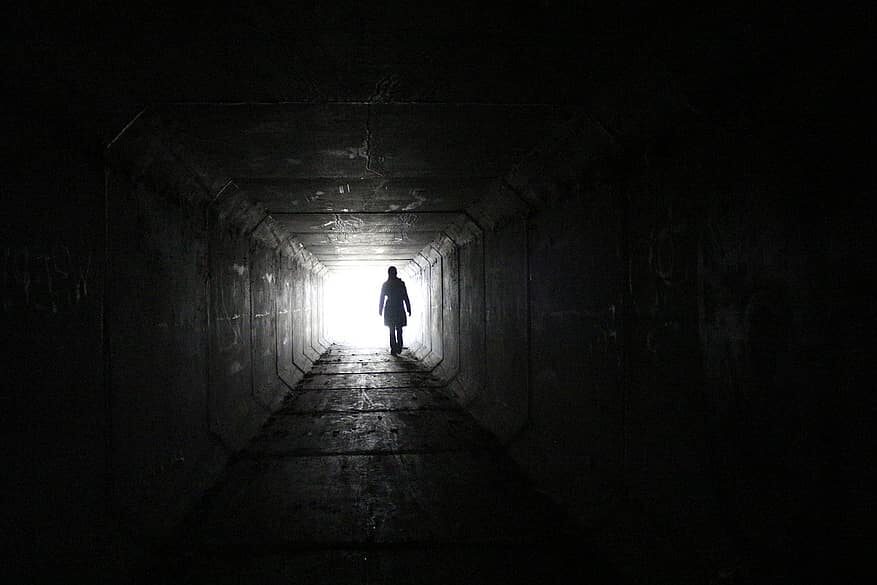 Hindu traditions relating to death, though varied between sects, generally follow similar practices due to their shared beliefs in certain core spiritual principles.

According to the Vedas, a collection of revered Hindu texts, all beings are souls and thus spiritual in nature. Though the body is temporary and eventually dies, the soul is eternal.

After death, the soul is reincarnated, taking birth in another physical body or form. Passing from one life to the next, each soul is on a journey of spiritual development facilitated in part by karma, the concept that every thought and action has a corresponding reaction. One experiences the results of both good and bad deeds over a series of lives. The soul is uplifted through every good action performed and degraded with every bad action.

Stuck in this cycle of birth and death, known as samsara, the soul experiences the results of its karma, through which it becomes more aware of how its actions affect the world and others around it. This growth of awareness enables one to become a more selfless and loving being, until enough progress has been made to attain moksha, or liberation from samsara, resulting in complete spiritual existence.

2) It’s traditional for Hindus to die at home

The condition of one’s consciousness at the moment of death is considered very important in determining the state of the next life. Because of this, it’s traditional for Hindus to die at home, where they can be more easily surrounded by family and friends who can help create a spiritual atmosphere conducive in helping a soul depart the body in an auspicious manner. Of course, as it’s become more and more common for people to die in hospitals — whether out of necessity or choice — loved ones strive to create a spiritual environment as best as possible.

The goal of the departing is to die while concentrating on a preferred mantra that invokes the presence of the Divine. Because it’s common for the dying to lose control of their faculties, including the ability to focus, loved ones provide support by singing prayers and hymns, and also reading from scripture. As a person becomes fully unconscious and stops breathing, indicating death’s arrival, a family member will usually softly chant the preferred mantra in the person’s ear.

Pouring a few spoons of water from the Ganges — a river in India considered to be sacred — into the mouth also brings auspiciousness. The personified deity of Ganga is worshipped as a Divine being, hence her presence at the time of death helps to ensure a soul’s transition to a spiritually favorable next life.

After a loved one dies, the goal of the family is to help the departing soul transition to the next life. It’s therefore encouraged to have the funeral as soon as possible — ideally within 24 hours — so that a soul can begin the journey to its next destination.

Immediately after death, family members wash the body and anoint it with purificatory scents. To keep the limbs in place, the thumbs are tied together, as are the big toes. The body is then dressed in clean clothes and wrapped in a cloth.

After, a brief service takes place where the body, with a garland of flowers around its neck, is displayed in a simple casket. During this time, friends and family gather to recite hymns, prayers, and mantras. Rice balls, known as pinda, are commonly placed near the casket as an offering to help the soul unite with its ancestors.

The soul is said to be encased by both a physical and subtle (non-physical) body. After the physical body dies, the subtle body continues to function, through which the soul moves on to its next destination. But because so many attachments form throughout life, it can be difficult for a soul to transition, causing it to linger.

All beings are eternal and spiritual, whereas the physical body is temporary. Thus, Hindus cremate the body as a way of freeing the soul from this life so that it can move on to the next.

Cremation of the body is also seen as life’s final sacrifice. Sacrifice, according to the Vedas, is integral to one’s spiritual evolution. To become a more loving being, one must become more selfless, and true selflessness exists when people endeavor to sincerely serve others. To serve others, one must sacrifice time, energy, and resources. In other words, sacrifice is at the heart of service, which is why the Vedas recommend a variety of sacrifices people can perform to help instill a mentality of selflessness.

Agni, the deity of fire who acts as a messenger between humans and the Divine, consumes the body, returning it back to where it came from — the Earth — and conveys the soul to its next destination.

After cremation, the ashes are laid in the Ganges, or one of India’s other sacred rivers, bringing a complete end to the physical body, as well as symbolizing the soul being transported to an auspicious next life. For the many Hindus who can’t get to the Ganges, loved one’s ashes can be laid in any other river or body of water, to the recitation of prayers and mantras. Though a holy river is considered ideal, it’s ultimately the intention that counts.

In the case of particularly exalted swamis or special saints, who are said to have already relinquished all material attachments, it’s not necessary to cremate the body for the soul to move on. Instead, due to the spiritual potency of such a person, the body can be buried at a site that becomes known as a samadhi, or place of pilgrimage.

Upon completion of the cremation, the family bathes, puts on new clothes, and cleans the house. Though gone, death’s presence is considered to leave both the home and family in need of cleansing and uplifting, and so a priest is usually invited to light incense and recite prayers and mantras.

For about 10 to 13 days the family mourns the deceased, and customarily remain at home where they can fully and freely express their grief.

On the one-year anniversary of the loved one’s death, the family holds a memorial service called shraddha that’s traditionally open invitation. The event is generally conducted by a priest, and involves the chanting of mantras and prayers, as well as readings from scripture. `

After a full year of processing their loss, family and friends can remember and celebrate the life of the departed without being quite as overwhelmed by the grief generally experienced at the initial funeral.