5 things to know about Hindus in Pakistan
AdvocacyThings To Know

5 things to know about Hindus in Pakistan 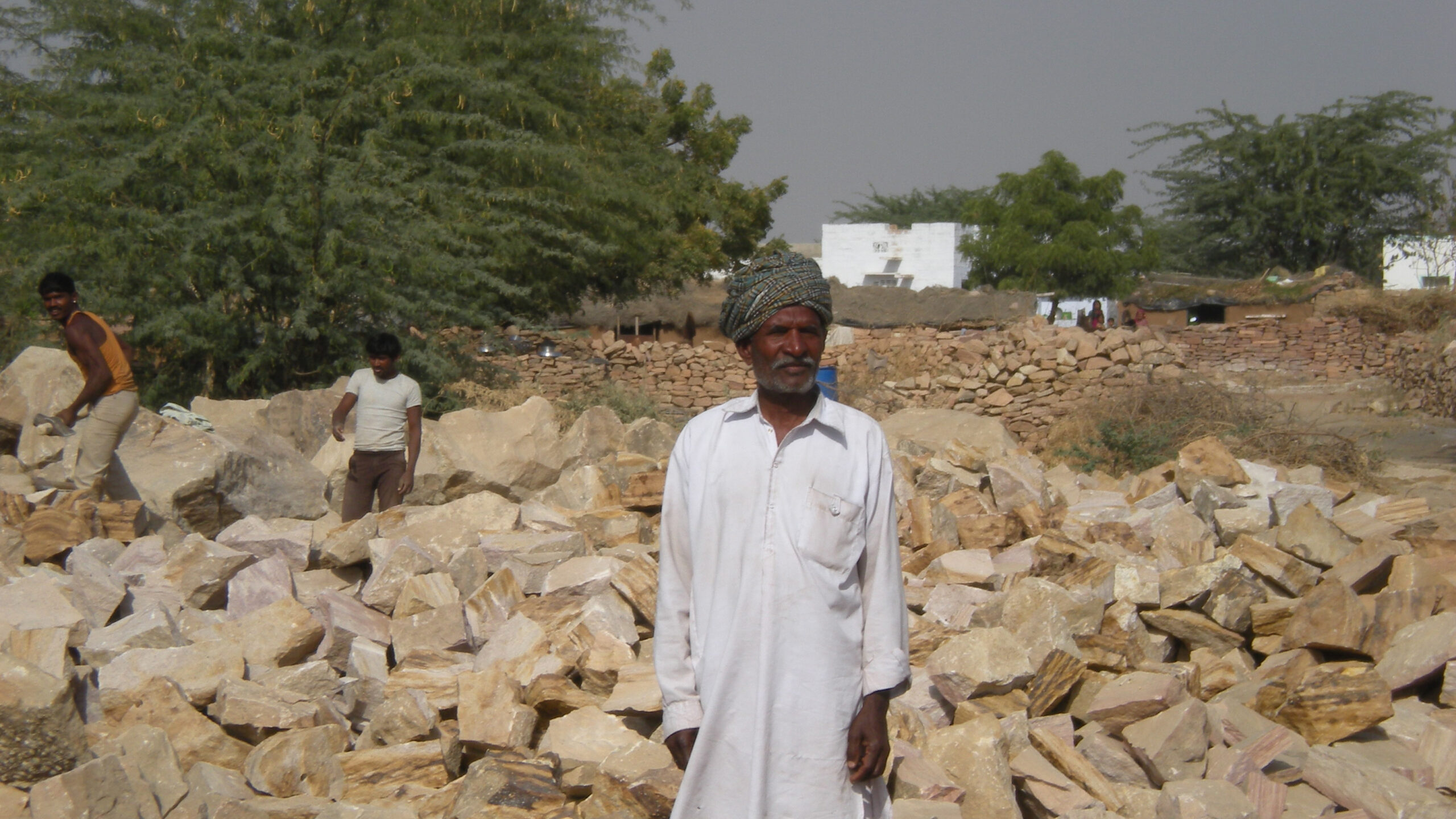 1) Abduction and forced conversion of Hindu girls is rampant

Approximately 1000 Hindu and Christian girls in Pakistan are abducted and converted to Islam annually. These girls, stolen from their family, are often forced to marry men twice their age, raped, sold into human trafficking rings, or forced into prostitution. Some Islamic seminaries teach that forcibly converting Hindu girls is equivalent to Haj-e-Akbari, or the greatest religious duty for a Muslim.

Between 2004 and 2018, there were 7430 reported cases of kidnappings of Hindu girls in the Sindh province alone, while the actual number of cases is estimated to be much higher. Pakistan’s legal system lacks laws safeguarding underage minority girls from abductions, forceful conversions, and marriages.

Pakistan was once home to a thriving and ancient population of Hindus dating back to the Indus Valley Civilisation more than 3,000 years ago. Its two large cities, Harappa and Mohenjo-daro, were located in present-day Pakistan’s Punjab and Sindh provinces, respectively. However, due to the targeted persecution of non-Muslims, the historic and indeginous Hindu community has drastically declined

The modern country of Pakistan was created by partitioning India in 1947, after the British granted independence from colonial rule. The mass violence caused by the Muslim League’s demands for a separate homeland for South Asian Muslims forced millions of Hindus and Sikhs to flee the West and East Pakistan (present day Bangladesh) for the safety of India.

Consequently, the number of Hindus declined from 15% in West Pakistan at the time of Partition to approximately 2% in 1951. Furthermore, an anti-Hindu riot in 1964 led to the migration of even more Hindus to India. Today, Hindus comprise only 1.6%, and continue to flee to India to escape persecution.

There has been an even greater decline in major cities with historically large Hindu populations. In Lahore, for instance, the Hindu/Sikh community was approximately 40% of the population in 1941 and today makes up less than 1%, with only two functioning Hindu temples remaining.

3) Minorities live as second-class citizens due to discriminatory laws

The laws of Pakistan often contradict each other and lead to unequal treatment of religious minorities.

For example, the Pakistan constitution theoretically guarantees religious freedom to all of its citizens under Articles 20-22. However, Islamic law introduced in 1977 imposes regulations and constitutional injunctions that deny equal protection and religious freedom to non-Muslims. Additionally, the Pakistani Constitution states that only a Muslim can be the president of the country and that all high officers must take the oath of office by invoking an Islamic prayer, regardless of their religion.

The blasphemy laws stated in Pakistan’s Penal Code (Sections 295B and C, and 298A-C), impose severe punishments for perceived insults to the Prophet Mohammed or desecration of the Koran, and prohibit Ahmadiyyas from using Islamic terminology and symbols and from “preaching their faith or pos[ing] as Muslims.” Punishments range from imprisonment for three years and a fine to life imprisonment and the death penalty.

In 2019 alone, at least 84 individuals were imprisoned on blasphemy charges, at least 29 of whom had received death sentences according to the US State Department. Even mere allegations of blasphemy have instigated violence against minorities. An example of this occurred in 2019 when a mob in the town of Ghotki attacked three Hindu temples, several shops, and a school and a school after a Muslim pupil accused the Hindu principal of making blasphemous comments about Prophet Mohammad.

4) Ancient temples are disappearing and new ones are under attack

The number and condition of Hindu temples in Pakistan have drastically declined since the country’s partition in 1947. There have been numerous attacks on temples, pilgrimage sites, religious sites, and religious leaders and the government does little to stop the attacks or protect the sacred places and people.

Even the thought of a Hindu temple in Pakistan is not tolerated. In July 2020, the partially built wall of what would have been the first Hindu temple in Islamabad was destroyed by Islamists. The federal government initially allowed the construction of the temple but then succumbed to the pressure from Islamists, media outlets, and ordinary citizens who campaigned against the temple and reversed its rule, ordering that a Hindu temple should not be built in the Muslim country of Pakistan.

The Pakistan government does not protect Hindu temples or settlements and the marginalization of Hindus in Pakistan has left the community unable to protect or restore destroyed and decaying Hindu temples and scriptures.

For example, when an Islamist mob vandalized and burned sacred Hindu scriptures at the Mata Rani temple or when a private developer illegally demolished a temple dedicated to the Hindu deity Hanuman and the homes of 20 families living nearby, the government did nothing.

5) Extremism and sectarian violence is rising

Pakistan is home to many extremist and terrorist groups who operate freely throughout the country, promoting Islamic rule, violent jihad, and hatred towards non-Muslims.

Many of these groups have engaged in a proxy war in India’s Union Territory of Jammu and Kashmir since the 1980s. These terrorist groups and Islamists foster an intolerant and regressive environment in Pakistan and hold great influence over the government and its policies, seeping into all aspects of life in the country, including education.

For instance, caving in to the pressure from Islami-Jamiat Talaba, an Islamic student organization, the Punjab provincial government made Koranic studies mandatory at the university level, while the National Assembly of Pakistan approved the Compulsory Teaching of the Holy Koran Bill which makes Koranic education compulsory from Grade 1 through 12 in all federal educational institutions in Pakistan.

Moreover, educational institutions (both public schools and Islamic schools) teach hatred towards Hindus and Christians. Islam is projected as the paramount feature of Pakistan and the Pakistani identity in textbooks. Quotes from tebooks include “A Hindu has always been an enemy of Islam” and “The religion of the Hindus did not teach them good things.”

Islamic seminaries in Pakistan known as madrassas teach an extreme version of Islam and are infamous for educating many of the Taliban. There are nearly 40,000 madrassas in Pakistan and in some areas outnumber actual public schools.

These sources of extreme Islam and hatred of non-Muslims have even influenced children from a young age. A video surfaced on TikTok earlier this year in which a boy of four or five years old warned Prime Minister Khan on camera that if he allowed the Islamabad temple construction to proceed then he would kill a Hindu as it was his duty. An even younger child cheered on in the background, then the father stepped back into the frame, smiling, to reiterate his son’s threats on Pakistani Hindus. There are many disturbing videos similar to this containing young children declaring their wishes to destroy India or kill non-Muslims. 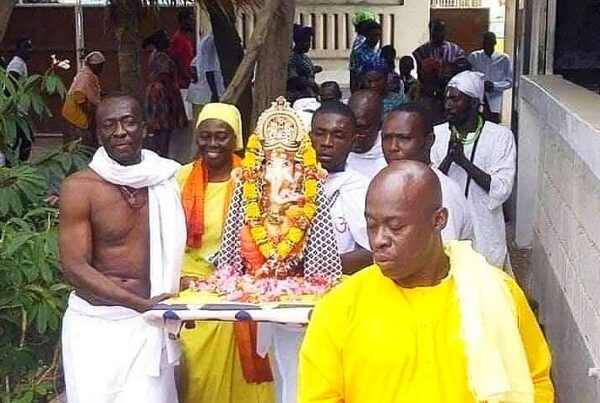