5 things to know about Maha Shivaratri
Things To Know

5 things to know about Maha Shivaratri 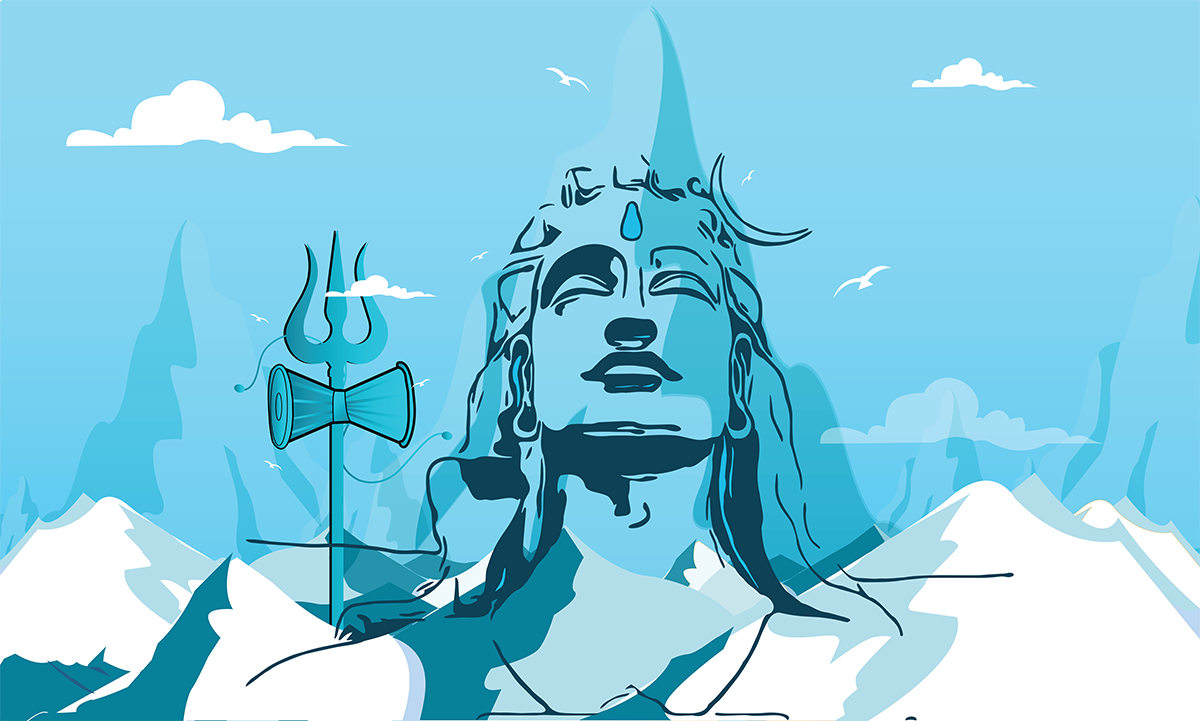 1) Maha Shivaratri is known as the “Great Night of Shiva”

From the 13th night through the 14th day of every month of the Hindu lunar calendar, Shivaratri, translated as the “Night of Shiva,” is observed by devotees. During this time, as the waning moon transforms into the new moon, Shiva, who is known as the “God of Transformation,” is honored and prayed to by those who seek guidance in an ever-changing world.

The Shivaratri that takes place during Phalguna, the last month of the Hindu lunar calendar, is particularly significant and is hence called Maha Shivaratri, or the “Great Night of Shiva.” Occurring shortly before the start of the lunar new year, in either February or March, as winter ends and spring approaches, Maha Shivaratri is a time for new beginnings and endeavors, especially in regards to spiritual matters.

According to Hindu texts, time is not linear but cyclical in nature. As such, the universe is in constant flux, going through a continuous process of being created, maintained, and destroyed, much like the waves of an ocean that rise, fall, and crash, only to be pulled back by the ocean to rise once again.

Though the crashing of a wave can result in violent disarray and chaos, it is ultimately part of a larger process that is coherent and structured. The pull and push of waves along a beach has a rhythm and synchronicity to it that can be likened to a dance — the movements of which can be unpredictable and random at times, yet always in rhythm and harmony with the beat of a drum, or the playing of music.

The universal process, thus, is also a dance. At the time of cosmic annihilation, Shiva, who is known as Nataraja, or the “Lord of the Dance,” performs a cosmic dance of transformation. Though this activity is described as wild and overwhelming, it should not be viewed as one of mundane passion or anger.

Shiva is considered to be the first and greatest of all yogis. He is abhava (“one who is never born”), and he is always in trance, or absorbed in connection with the Divine. Because the ultimate purpose of yoga is to connect to the Divine, all of Shiva’s actions can be viewed as a yogic asana.

As a result, Natarajasana — a “lord of the dance pose” inspired by Shiva’s dance of transformation — is taught by many yoga teachers. A challenging position in which a person stands on one leg, and while keeping the chest out, reaches backwards to grab the foot of the other leg, the pose demands strong balance, drawing on a person’s capacity to stand firm through the release of negative energy.

Just as Shiva’s dance of transformation paves the way for new creation, the release of negative energy during Natarajasana helps pave the way for one to make spiritual progress.

Maha Shivaratri, thus, is a time to not only commemorate Shiva’s cosmic dance, but to also meditate on how, in order to create anything new, one must first let go of the old.

Once, as described in the Hindu scripture the Bhagavat Purana, the devas (gods) and asuras (enemies of the gods), who were often at conflict with each other, were told by Vishnu (the maintainer of the universe), that if they worked together temporarily and churned the ocean of milk, they could produce amrita — a nectar of immortality.

Agreeing on a truce, they began churning the ocean. Before the amrita came, however, a dangerous poison called halahala was generated and aggressively began to spread in all directions. Unable to check the poison, the devas approached Shiva for help. Shiva, who is both incredibly powerful and extremely compassionate, went to the ocean, fit the entire quantity of poison in the palm of his hand, poured it into his mouth, and stored it in his throat, eliminating the danger and saving everyone.

Because the potency of the poison turned Shiva’s throat blue, he has since been known as Nilakantha, which means “blue throat.”

The Bhagavat Purana goes on to explain that great personalities always accept voluntary hardship if it means alleviating the suffering of others. As Shiva is amongst the greatest of such personalities, many devotees pray to him on Maha Shivaratri to remove such sufferings, so that they can pursue their spiritual goals with renewed vigor and enthusiasm.

4) Maha Shivaratri honors the union of Shiva and Parvati

Narrated with varying details in the Ramayana and a number of Puranas (ancient Hindu scriptures), there was once a demon named Taraka who’s power infused fear in the hearts of the gods.

Unsure of how to defeat Taraka, the gods approached Brahma (known as the creator of the universe) for help, who told them that if Shiva could be convinced to have a child with Parvati, that child would be able to cause the demon’s death. Shiva, however, who had become steeped in asceticism and deep meditation after his first wife, Sati, died, showed no interest in marrying another.

To stir Shiva out of his meditation and incite his passion for Parvati, the gods employed Kamadeva (the god of love), who fired a number of desire-inducing arrows at him. This, however, only angered Shiva, who emitted a power from his third eye that reduced Kamadeva to a pile of ashes.

Parvati, who was actually Sati in her previous life, was determined to be married to Shiva. Committing herself to penance similar to his, she eventually gained his attraction through her austerity and devotion, and he agreed to marry her. As promised by Brahma, the two had a son named Skanda who went on to defeat Taraka.

As the masculine and feminine energies exist in the Divine consciousness, they also exist in every person. Besides being a day to commemorate Shiva and Parvati’s union, Maha Shivaratri is a day to recognize the role each of these energies play in our lives.

5) How to observe Maha Shivaratri

Though celebrations of Maha Shivaratri vary somewhat from sect to sect within Hinduism, the holiday is generally observed with fasting, meditation, and the worship of Shivalingam — a deity representation of Shiva and Parvati.

For Kashmiri Pandits, most of whom revere Shiva as the ultimate reality or godhead (non-Shaiva traditions view his position differently), Maha Shivaratri is celebrated over a full fortnight, centered around a ceremony called Vatuk Puja, which means “assemblage of various items” in Kashmiri.

The first six days are spent cleaning and decorating one’s house — especially the entrance and puja room — to welcome the presence of Shiva and Parvati for the celebration. The next three days are spent singing bhajans (devotional songs) all night long in homes and temples. On the 10th and 11th days, women visit their parent’s home, where they are given new clothes and a new kangri (fire-pot) with a silver chalan (spatula) attached to it. Freshly baked earthenware pots are bought on the 12th day, and on the 13th day the Vatuk items are prepared and employed in the main Shivaratri puja, which lasts for several hours, followed by a resplendent feast.

The 14th day of celebration is known as Salaam (a Persian word for “greeting”), and it is a day during which family and friends of all backgrounds exchange greetings with each other and offer good wishes. Like all Hindu festivals, Maha Shivaratri is open to anyone, and it is a time to connect with others, as the Divine is within us all.