Daily Yajna/Sacrifice: An Imperative for a Sustainable World
Living Dharma

Daily yajna/sacrifice: an imperative for a sustainable world 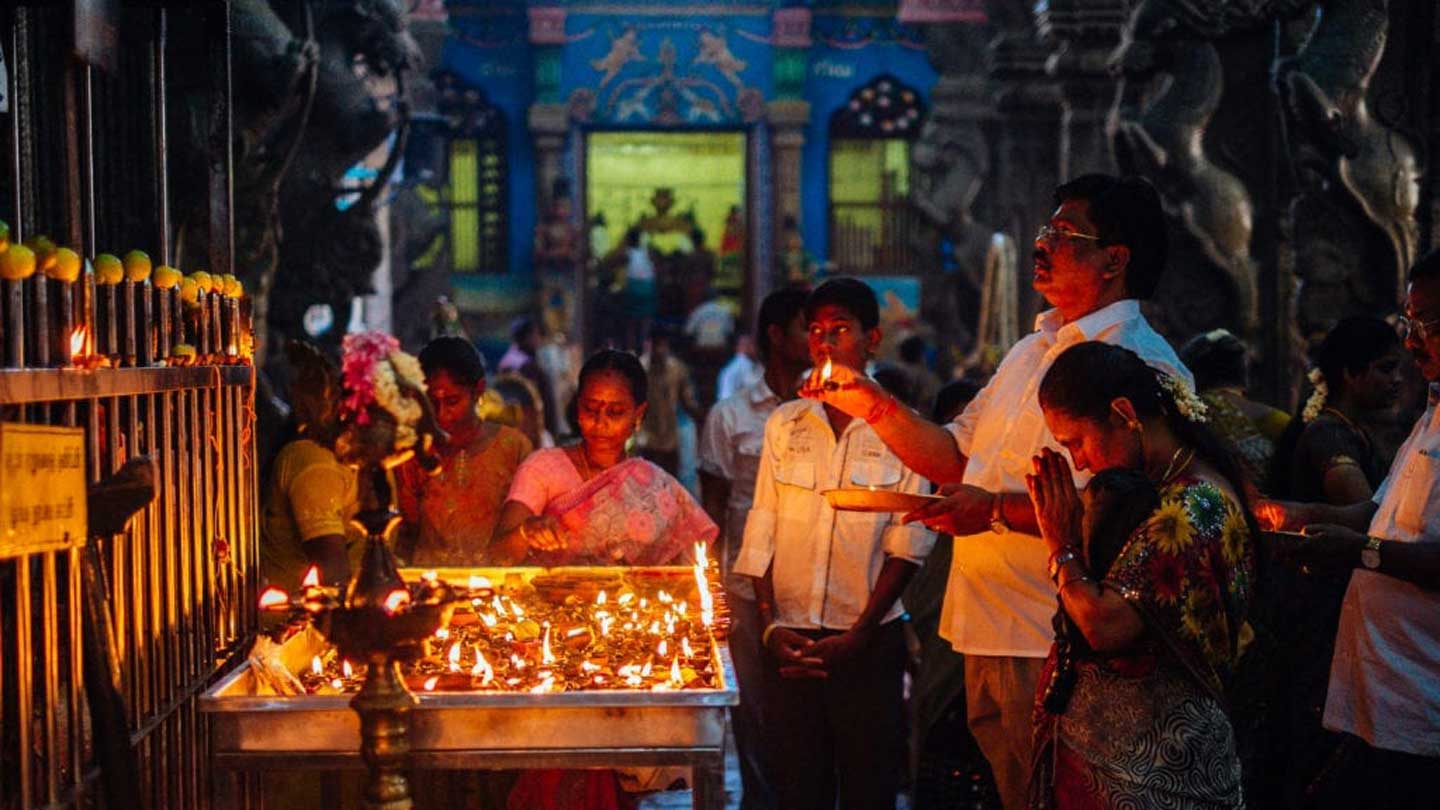 The art of storytelling is thousands of years old. From oral traditions passed down in small villages, to modern epics like “Star Wars” and “Lord of the Rings,” the narration of the journey an ordinary person takes to attain the extraordinary is something human beings of all eras have identified with in a profound way. While a variety of themes help to shape a character’s growth, the one that is, perhaps, most pronounced in transforming him or her, is that of sacrifice.

Sacrifice, or offering the fruits of one’s labor, otherwise known as yajna (yagya) in the Vedas, is a fundamental principle of Hindu teachings and practice.

To fully understand its significance, however, one must have a basic understanding of karma.

Karma is the universal system that responds to our own free will. With each action a soul performs, an equally proportionate reaction is delivered. Through the law of karma, benevolent acts can raise a person to a more altruistic plane of living, as malevolent acts lower one to a more egocentric plane. These reactions are experienced through a series of lives. Thus, the soul goes on, stuck in a cycle of birth and death, known as samsara, attempting to comprehend and enjoy the world, until it finally achieves liberation.

But how is such liberation procured? If every action, whether good or bad, further binds a soul in karmic chains, how is it possible to be released?

This is where sacrifice comes in. Through the simple technique of yajna, an individual can transform thoughts, words and actions, spiritualizing all aspects of his or her life.

The impetus to offer sacrifice is built into the soul’s deepest nature, according to the Bhagavad Gita. It is its dharma or innate quality. Aware of it or not, everyone engages in yajna. Sacrifice is service, and sincere service is the practice of love.

To attain or achieve anything in this world, a sacrifice must be made. It may be your money, energy, or time, it doesn’t matter. In order to get something, you must give something.

It is important to note the goal of sacrifice is not merely to mechanistically give something in order to receive and, thereby, enjoy. The real purpose is to acknowledge and honor, through gratitude, the source from which you obtained your fruit.

A practical and easy-to-understand example of this act of acknowledging can be seen all over the world in Hindu temples. By offering food to a particular deity, Hindus express gratitude to the Divine. After paying their sincere respects, Hindus eat the food themselves with a deep recognition for, not only the hard work it took to produce said food, but also the higher power that facilitated its production.

Even if one is an atheist, it is undeniable that most achievements in this world are impossible without the help of some collective power. Teachers help students to get college educations, sensei’s train fighters to attain blackbelt status, employers enable workers to make livelihoods.

Experiencing gratitude garners appreciation, and that appreciation raises a soul’s consciousness, allowing it to become more mindful of its own self-centeredness. When this occurs, a person naturally becomes more aware that everything in creation is sacred, and that nothing and no one should be exploited.

The earth’s environmental situation, unfortunately, reflects poorly the status of society’s current global consciousness. Forests are being cut down at an exorbitant rate, plastic is destroying oceans, and sewage is contaminating rivers. The most pertinent issue, however, given the current pandemic is, perhaps, mankind’s treatment of animals.

A 2016 report by the United Nations found approximately 60 percent of known infectious diseases in humans to be zoonotic, which is a type of disease passed to humans from animals or insects. The same report not only found 75 percent of emerging diseases to be zoonotic as well, but also said these diseases are “opportunistic and tend to affect hosts that are already stressed by environmental, social, or economic conditions.”

Considering this fact, it is no surprise wet markets and factory farms – where animals are so confined they are on top of not only each other but also their own feces, is a breeding ground for viruses like COVID-19.

Sadly, despite being a major public health threat, these practices continue to go on because they are extremely efficient and highly profitable. In light of the present pandemic, however, it is clear that such maximum efficiency is not tenable over a long period of time. Coffee may spike one’s energy level for a few hours, but there is usually a burnout resulting in commensurate fatigue. Similarly, though the fossil fuel industry is worth billions of dollars, it has majorly contributed to the degradation of the environment in a short length of time, historically speaking.

Hence, the wheel of karma spins on and on.

The act of mindlessly taking with no regard for its consequence is distinctly unsustainable. Humans have been destroying the rainforest – the lungs of the earth, and now there is a widespread virus attacking the lungs and bodies of people. Humans cage animals in factory farms, and now people are being confined in their own homes.

Dictionary.com defines “selfishness” as “devoted to or caring only for oneself.” Fortunately, this “selfishness” can be combated through yajna, because offering sacrifice instills gratitude, which coincides with appreciation. Having realized appreciation inevitably lifts one out of self-centeredness, allowing a person to become more conscious of how his or her actions affect the rest of the world.

This level of consciousness must be attained in order for humans to live more sustainably and avoid severe ecological repercussions.

As a pendulum swings, nature’s law also seems to always have a way of striking a balance.