Deconstructing is an academic exercise. Dismantling is not.
AdvocacyOn The Issues

Deconstructing is an academic exercise. Dismantling is not. 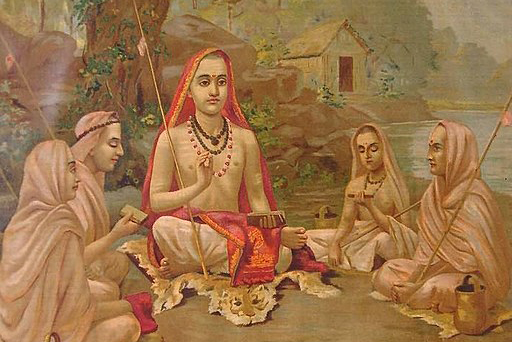 The organizers of the Dismantling Global Hindutva conference have sparked a great deal of debate across my corner of the Twittersphere. This is ironic because these academics have made it clear in statement after statement that this type of dialogue is what terrifies them the most.

While critical analysis is a scholarly apparatus that has been championed by the Humanities, this conference has eschewed any responsibility to any such academic rigor. Instead of using scholarship, controversy and the inflaming of emotion have been used to justify rhetoric that is both hateful and simply inaccurate.

Furthermore, in their initial marketing, the organizers claimed immense institutional power behind their violent imagery, inciteful rhetoric, and more than anything, their right to “dismantle” whatever they themselves define as “Global Hindutva”.

The fraud in doing so, given the clarity with which several universities demanded the removal of their logos, is something they will not admit to. Given the black and white nature of this abuse of power, and the lack of accountability thus far, it is difficult to imagine that they will understand the ways in which they have failed any semblance of critical analysis.

Mat McDermott and Deepali Kulkarni have already articulated the problems with the way the organizers have defined “Hindutva” in their effort to hide their blatant Hinduphobia.  The “Global” piece allows them to feel comfortable in attacking a micro-minority in the United States. While many have attempted to demonize Hindu Americans being invested in service and politics, the claims of a global nexus of power are baseless.

A word with ‘destroy’ in the definition. Not deconstructing (reduce something to its constituent parts in order to reinterpret it) or defining (state or describe exactly the nature, scope, or meaning of) or even challenging (an objection or query as to the truth of something, often with an implicit demand for proof), but dismantling.

Can this word really be used in an academic exercise?

Using it clearly states the organizers believe there is no room for open inquiry, no room for dissent, no room for modeling constructive disagreement.

All who have defended the form of this conference have spoken about the necessity for free speech, and that this is a critical exercise in academic freedom. They have, of course, conveniently ignored that the petitions against them ask not for a cancellation or a silencing, but rather accountability in how they are wielding institutional power, and a cautioning on how their unnecessarily inflammatory imagery and rhetoric may impact Hindu students on campus.

Can we take another moment to examine if there is any credible argument to be made that any piece of this conference engages in academia?

The definitions of Hinduism and Hindutva themselves show that no one who has spoken up in defense of this conference is able to do so in a scholarly fashion.

In the statement “Hinduism is responsible for deep inequities in Indian society, most importantly for the caste system” they reveal that they don’t know the most basic fundamentals of the Hindu tradition — Hinduism teaches that divinity is equally present in all beings — or South Asian history — every nation in the subcontinent today, regardless of the majority religion in each, battles with the evils of various forms of prejudice and discrimination. These activists fail to acknowledge that social inequalities are not native to Hinduism, and that Hindus have long led movements to address social inequalities as and when they have developed.

The conference organizers’ decision to overlook this long tradition of self reflection appears intentional given the inconvenience it poses to their narrative rather than actual ignorance, though both are unacceptable from academics.

Furthermore, this statement delegitimizes the continuous internal critique and bhakti-activism that has taken place within Hindu communities, while insisting that the conference organizers, with their colonial lenses, are the only ones who can decide what legitimate moral criticism is,  and even what  a “true Hindu” is.

Even their purported supporters at Hindus for Human Rights know that “Hinduism’s bhakti (devotion) has no room for hate”. Their cognitive dissonance in knowing this and still failing to understand the Hinduphobia inherent in the attacks on Hinduism as inherently casteist is not a point in their favor.

When Sufism is credited for the syncretism of Hinduism, with zero attention paid to timelines or history, the right (nay, responsibility) to question the credibility of this “scholarship” grows pronounced.

That the intentions of the speakers are indeed to dismantle, and not to educate, debate, or grow is clear in their activist and political backgrounds, even for the few that try to use their academic titles to give the conference credibility.

A conversation on how to criticize extremist ideology without fomenting Hinduphobic responses is very necessary. These organizers simultaneously claim to be invested in this while actively stoking the flames of anti-Hindu hate. We take our responsibility of pushing back on this rhetoric and turning a witch hunt into an actual debate by speaking up seriously.