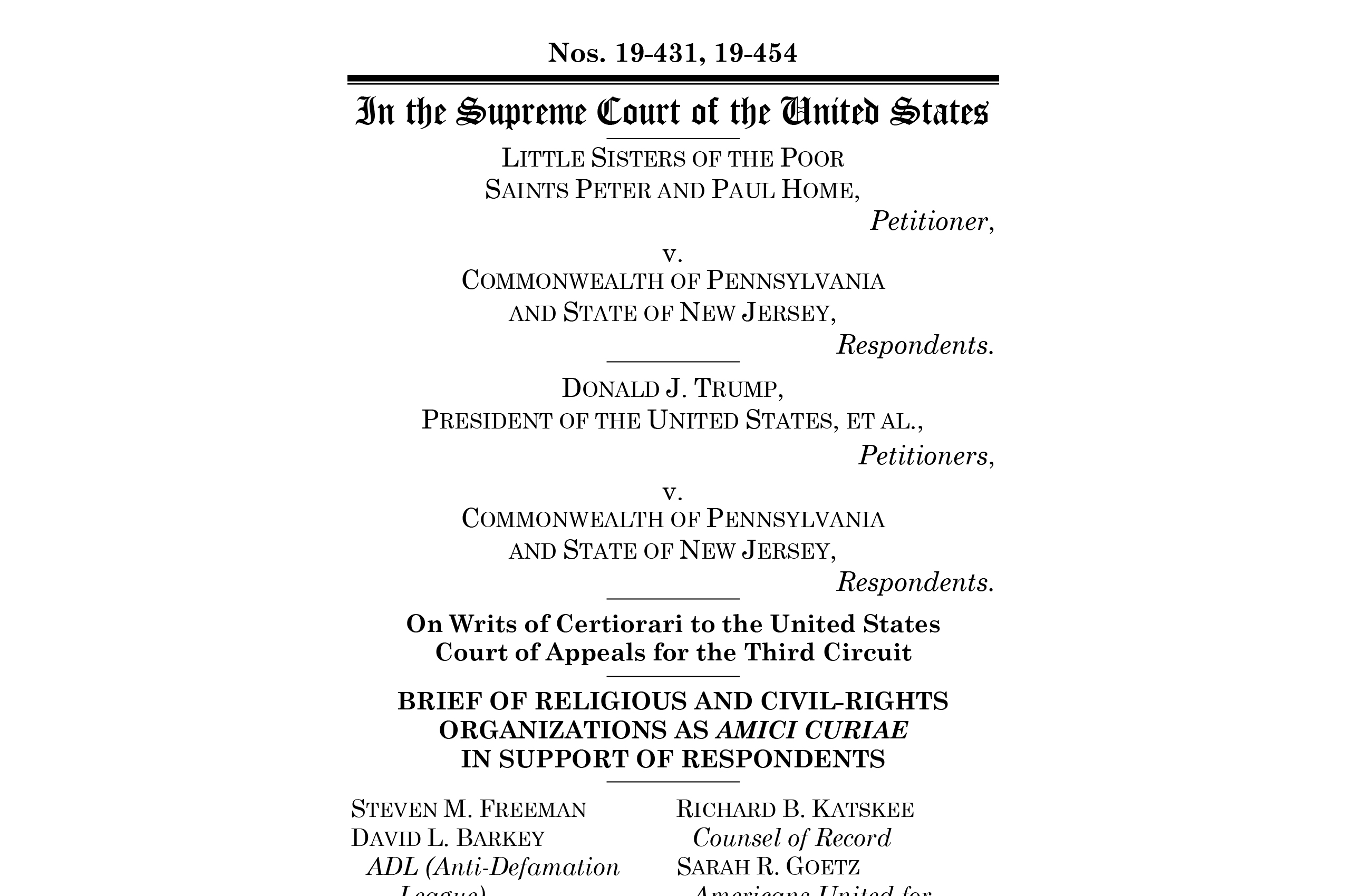 The Hindu American Foundation joined an amicus curiae brief to the US Supreme Court, submitted by Americans for the Separation of Church and State, in the case of Trump v. Pennsylvania and Little Sisters of the Poor v. Pennsylvania.

In addition to HAF, other groups joining the brief include: Anti-Defamation League, Center for Reproductive Rights, Muslim Advocates, People for the American Way Foundation, and Texas Impact, as well as other interfaith advocacy groups.

At issue in the case is whether employers can use the so-called Religious Exemption or Moral Exemption to the Affordable Care Act to deny women access to contraceptives in their health insurance coverage.

The amicus brief argued that both the Religious and Moral exemptions are invalid, contrary to the position of the Trump administration, as they run “roughshod over these requirements [for contraceptives to be covered by health insurance]. It authorizes broad exemptions without regard to whether an entity demonstrates (or even asserts) that the preexisting accommodation substantially burdens religious exercise — which it does not, as virtually every circuit has concluded. And in the name of accommodating employers, it strips employees, spouses, and dependents of the insurance coverage to which they are entitled by law, imposing on them substantial costs and burdens to obtain the critical healthcare that should be available to them without cost-sharing — in effect making them underwrite objectors’ religious choices.”

“By allowing faith-based employers to refuse offering employee health care plans that include contraceptives, these exemptions trump the First Amendment’s prohibition against imposing any one religious belief system on us,” said Samir Kalra, Esq., HAF’s Managing Director. “We’re proud to add this case to a long line of efforts in which we’ve fought against religious freedom being used as a sword, rather than a shield.“