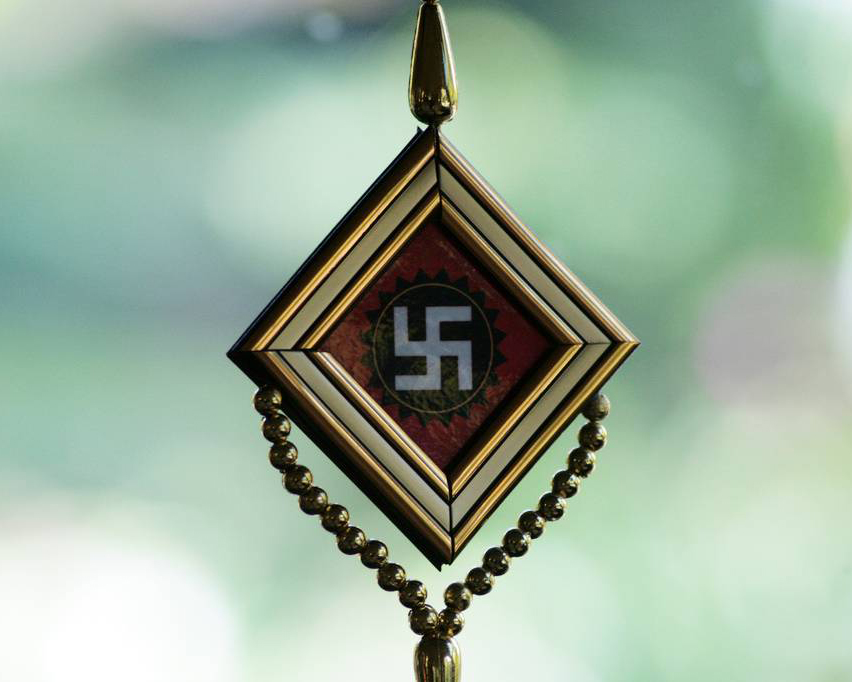 On August 10th, the Hindu American Foundation held a webinar in partnership with the Anti-Defamation League on the impact of California AB 2282 on the Hindu, Buddhist, Jain, and Jewish communities in California and nationwide.

“We’re proud to be partnering with Assemblymember Rebecca Bauer Kahan and the Anti-Defamation League on AB 2282, which would make California the first state in the country to decriminalize the sacred swastika for Hindus, Jains, and Buddhists and further educate the public and law enforcement about the important distinction between the swastika and the hateful Nazi hakenkreuz.”

Speaking to an interfaith audience of more than 85 viewers, Samir Kalra, Managing Director of the Hindu American Foundation, and Kendall Kosai, Director of Policy for the Anti-Defamation League’s (ADL) Western Division, engaged in meaningful conversation about the complicated past of the swastika and hakenkreuz, misappropriation, reclaiming narratives, and combating antisemitism. Moderating the panel was HAF Associate Director of Policy Research, Anita Joshi.

In discussing what CA AB 2282 would mean for the Jewish-American Community, ADL Director of Policy Kendall Kosai acknowledged “The swastika was misappropriated as the hakenkreuz during World War II by the Nazi regime and the symbol evokes a painful memory of the more than 6 million Jews and millions of others who were systematically murdered during the Holocaust. We are proud to partner with Assemblymember Bauer-Kahan and the Hindu American Foundation to ensure we are attuned to the cultural and religious traditions of the swastika while recognizing how the Nazi emblem continues to be abused as one of the most significant and notorious symbols of hate, antisemitism, and white supremacy today.”

HAF is continuing to advocate for the state of California and other states nationwide to decriminalize the swastika as a symbol of peace, and criminalize the hakenkreuz as a vile, antisemitic, white-nationalist symbol. At the invitation of Assemblymember Bauer-Kahan, both HAF and ADL delivered witness testimonies before the California State Senate Public Safety Committee in support of the bill. HAF and ADL urge California residents to contact their elected officials and encourage them to support the passage of CA AB 2282.