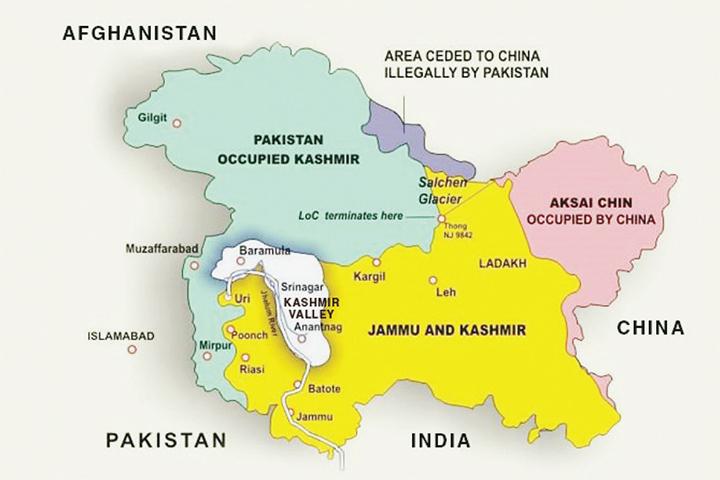 Held at the George Washington University Marvin Center, the event was widely attended by dozens of local Hindu American community members, human rights activists, as well as commissioners and staff from the US Commission on International Religious Freedom (USCIRF).

The program began with a screening of HAF’s new mini-documentary “History of the Kashmir Conflict“. USCIRF Commissioners Johnnie Moore and Anurima Bhargava, the second Hindu Commissioner to ever serve on USCIRF, provided welcome remarks.

“It’s really important that we continue to talk about the ways that the Hindu community and other communities around the world continue to face religious persecution and violence, not only in Kashmir but other parts of the South Asia region,” Bhargava said. “Think of me as someone you can reach out to for any of the types of concerns you may be having for Hindu communities around the world,” she said.

Commissioner Johnnie Moore spoke about the recent arrest of Hafiz Saeed, a UN sanctioned terrorist and the mastermind of the 2008 Mumbai terror attack carried out by his terrorist organization, Lashkar-e-Taiba, which is also responsible for several terror attacks in the Indian state of Jammu and Kashmir over the last decade.

The highlight of the event was the expansive dialogue between Raj Koul, IAKF Midwest Region Board Member, and Suhag Shukla, HAF Executive Director. “This is another piece to the story that we have been working on for over 16 years, to bring awareness and voice to a huge community that has suffered. And a story that’s largely been ignored,” Shukla said as she began the discussion. “Raj, thank you for telling these stories. These are going to be difficult memories that we are going to be asking you to conjure up. The importance of telling these stories is if we don’t know these stories then history will repeat itself.”

Mr. Koul went on to describe his personal story, and what it was like to be forced out of his ancestral homeland in the Kashmir Valley nearly 30 years ago. His eye-witness accounts detailed how in 1989 drastic changes began to occur in Kashmir with strong foreign extremist influence from Afghanistan and Pakistan coming into the region at the expense of the Kashmiri Pandit community, he said. Koul even shared his first hand account of family members and neighbors facing threats, discrimination and murder simply because they were Hindu.

“One of my uncles, he worked [at] a court office. He used to tell me that he had a great relationship with the people [in his village]. Whether they were Muslims or Hindus, they would come and seek help in the courthouse. A bunch of people showed up at his door, knocked on the door, and asked him to come along with them. The next morning we found his body in one of the fields, in a state I can’t describe,” Koul said. In describing other accounts, Koul stated “I had a friend. He was a teacher. He used to teach students in the downtown area of Srinagar. Some of the folks knocked on his door, dragged him out, and shot him dead. Another shopkeeper, he had five daughters, was a single earner for his family. Same thing happened. These are the stories I want to forget. But this is an important topic. I don’t want this to repeat anywhere else.”

WATCH: “Hindus of Kashmir: Past. Present. Future? A Fireside Chat with Raj Koul” on the Hindu American Foundation YouTube Channel.