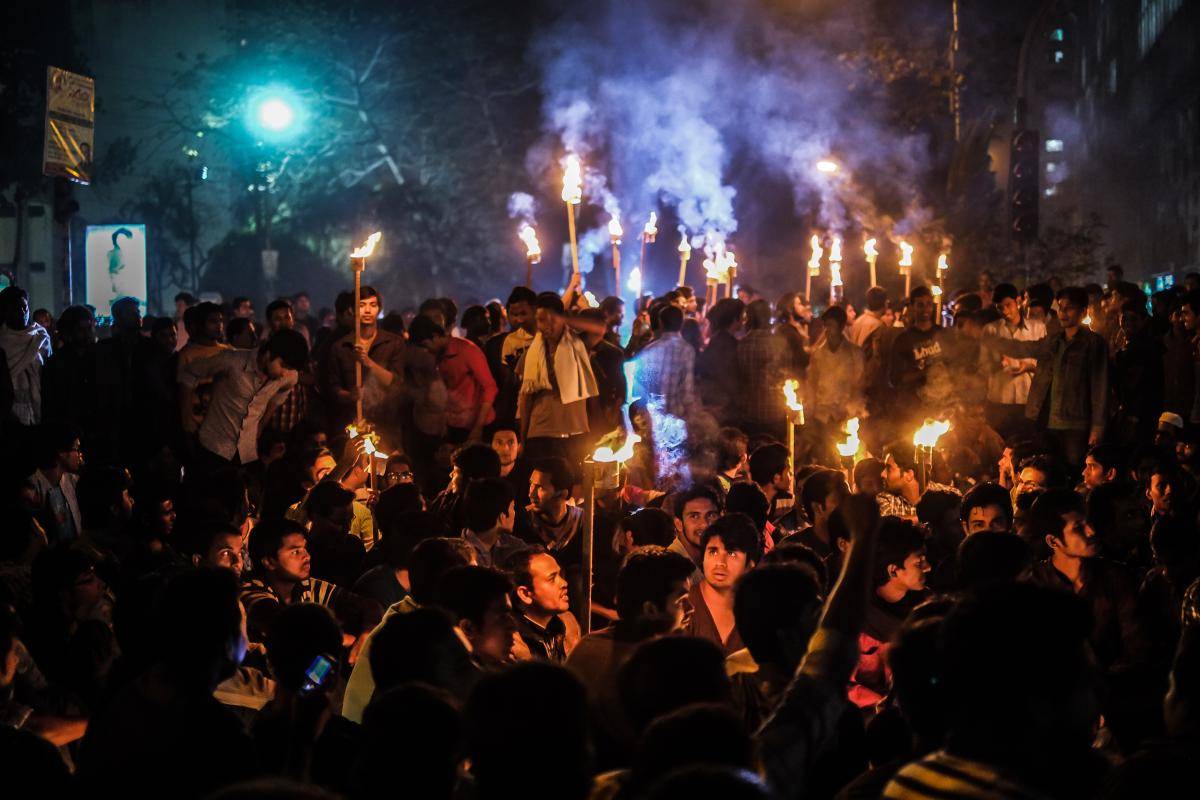 Yesterday, a bipartisan group of lawmakers, led by Congresswoman Tulsi Gabbard (D-HI), introduced H.Res. 396 to recognize victims of war crimes committed by Pakistan’s military and local Islamist militias against Hindus and secular Bengalis during the 1971 Bangladesh liberation movement. The resolution, which also notes recent human rights violations against all religious minorities, was strongly supported by the Hindu American Foundation (HAF) and other organizations advocating for a secular Bangladesh*.  Gabbard was joined by four other House members as original co-sponsors of H.Res. 396, including Chairman Matt Salmon (R-AZ) and Ranking Member Brad Sherman (D-CA) of the House Foreign Affairs Subcommittee on the Asia and Pacific.

“I am particularly concerned over issues of religious freedom, and specifically, attacks against minority Hindus, Christians, Buddhists, and others, in Bangladesh,” said Gabbard, as she introduced the resolution on the House floor. “All too often perpetrators of crimes against minorities go unpunished. [This resolution] calls on the government of Bangladesh to protect the human rights of all its citizens, particularly its vulnerable minorities, strengthen democratic institutions and rule of law, and prevent the growth of extremist groups.”

While shedding light on the atrocities committed by Pakistan’s military and local collaborators during Bangladesh’s War of Independence in 1971, H.Res. 396 referenced several growing trends of religious violence and fundamentalism in recent years. Since 2013, the Bangladesh Nationalist Party (BNP) with its coalition ally, Jamaat-e-Islami (JeI), the largest radical Islamist group in the country and its student wing, Islami Chhatra Shibir (ICS), have engaged in systematic violence against Hindus and other minorities.

In election related violence between November 2013 and January 2014, BNP, JeI, and ICS activists attacked, damaged, or destroyed 495 Hindu homes, 585 shops, and 169 temples. JeI and ICS members populated many of the militias that collaborated with the Pakistani army in committing war crimes during 1971.

“We thank Congresswoman Gabbard and her colleagues for bringing the untold stories of persecuted religious minorities in Bangladesh, from past and present, to the forefront of U.S. foreign policy concerns,” said Jay Kansara, HAF Director of Government Relations. “We encourage all Congressional leaders to demand accountability from Bangladesh’s government and all political parties for ongoing human rights violations, by co-sponsoring H.Res 396.”

Bangladesh has been at the center of the Foundation’s human rights advocacy work in 2015, following a fact-finding trip to the country earlier in the year. Subsequent to the trip, Kansara testified before a Congressional panel, convened by the House Foreign Affairs Committee, to address rising religious and political extremism in Bangladesh. And in June, HAF hosted a Congressional briefing on religious violence in Bangladesh and advocated for the introduction of H.Res. 396 during its annual DC Advocacy Days.

“H.Res. 396 reflects many of the issues HAF has long been concerned about in Bangladesh,” said Samir Kalra, Esq., HAF Senior Director and Human Rights Fellow. “This resolution is an important step in ensuring that human rights and religious freedom are core components of U.S.-Bangladesh relations.”