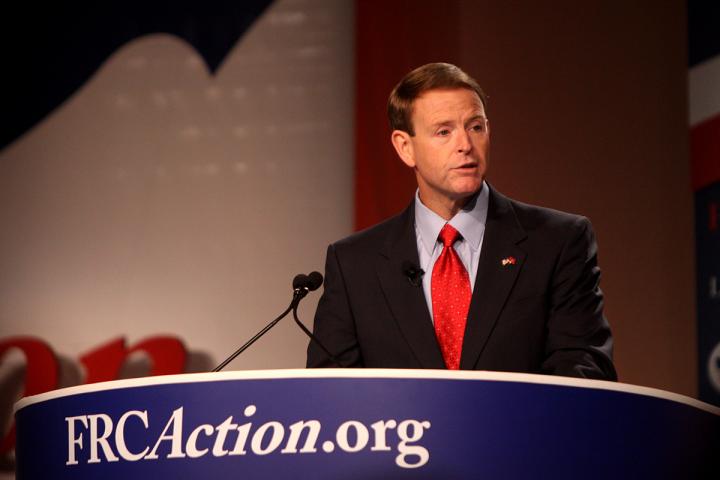 Washington, DC (April 11, 2019) — Earlier this week on Fox News, Tony Perkins, of the Family Research Council and commissioner with the United States Commission on International Religious Freedom (USCIRF), made several anti-gay statements as he attacked presidential candidate Pete Buttigieg, who is Christian and gay.

“The Scripture speaks clearly. This is where evangelicals are at…while he [the President] may not have been their first pick, his policies have been unlike any other Republican president we have had when it comes to the issues of life, the issues of human sexuality, whatever, religious freedom, you name it. This president has actually not just been talking about. In fact, he doesn’t use the rhetoric of Scripture. He just actually does policy that is in line with Scripture.”

He added about the first openly gay presidential candidate:

“If you repeat a lie often enough, people begin to believe it, which is what’s happened in this country. But the fact is, God does not create people that way [being born homosexual],” Perkins stated. “Scripture doesn’t back that up, because Jesus himself spoke to what marriage was. And Matthew also spoke to what gender was. The reality is he’s [Buttigieg] advocating for policies that are not in line with the Scripture. You can talk about words. You can use the rhetoric of Scripture, but your policy has to match it.”

“These latest remarks are more of the same from Tony Perkins, they call into question his fitness to be a member of an American government institution tasked with monitoring religious freedom for people of all faiths around the world. He’s also making a mockery of the First Amendment. If a public official in any country that USCIRF monitors made such statements, they would be rightly called out for intolerance. Yet, here we have Perkins, spreading a Christian supremacist vision of faith — and, in the same breath, insisting that US law and policy be based on his interpretation of religious scripture.”

HAF representatives stated that they would officially be calling for Perkin’s resignation from USCIRF.

“If Perkins cannot accept religious ideas different from his own within the United States, how can he be at all expected to uphold religious freedom abroad?” Shukla concluded.