5 things to know about Hindu challenges in Sri Lanka 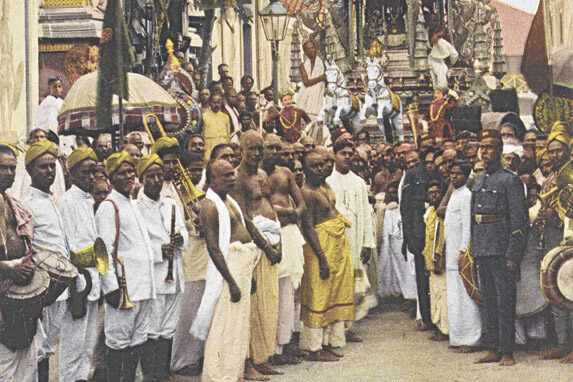 1) Buddhism is the dominant religion in Sri Lanka, but Hinduism is arguably the oldest

Today, Buddhism is Sri Lanka’s majority religion, with roughly 70 percent of its population as adherents.

It was first brought to the country when Arahath Mahinda, son of Indian Emperor Ashoka, traveled to the island in the 3rd century BCE, where he converted the Sri Lankan king, Devanampiya Tissa. After this, Buddhism quickly spread throughout the country, supported by the island’s royal families, who aided in missionary activities and the building of monasteries. As such, by roughly 200 BCE, Buddhism was the official religion of Sri Lanka.

Before any of this, however, scholars believe Sri Lanka’s earliest inhabitants were indigenous clans, one of which — the Nagas — practiced an early form of Shaiva Hinduism.

Though archaeological evidence supports the worship of Shiva in Sri Lanka before prehistoric times, ultimately little is known about the island’s native rulers going that far back. Interestingly, the first major Hindu reference to the island, found in the Ramayana, describes Sri Lanka’s most famous and most powerful ruler to be Ravana, the king who fought and lost a battle to Prince Rama, an avatar of Vishnu.

As it so happens, he too is said to have been a great worshipper of Shiva.

Hindus make up approximately 12.6 percent of Sri Lanka’s population. They are almost all Tamils who migrated from South India to the country either in the third century BCE, or later in 1815, when an influx of them arrived to work in tea, coffee, and coconut plantations as indentured servants. The Buddhist population, on the other hand, are almost all ethnic Sinhalese, who migrated from northern and/or eastern India in the fifth or sixth century BCE.

Dutch and British policies that favored the Tamil minority further promoted Sinhala-Buddhist revivalism and nationalism and when the British departed in 1948, power was transferred to the Sinhala majority. Post-independence governments in 1949, 1962, and 1965 stripped hundreds of thousands of Tamils, who worked in plantation estates, of their citizenship. Many of these Tamils were not granted full citizenship rights until 2003. Similarly, successive governments pursued resettlement policies, bringing Sinhalese from the south and settling them into Tamil areas in the north and east.

Sinhala-Buddhist nationalists came to dominate the government and implemented policies and laws that favored Sinhalas and Buddhism, and marginalized the Tamil minority. This included refusing to allow Tamil as an administrative language in the Tamil majority northern and eastern regions of the country, leading to Sinhala-Tamil riots in 1958. The government continued to marginalize Tamils, and in 1972 accorded Buddhism a privileged status in the country. In response to escalating tensions, the Liberation Tigers of Tamil Eelam (LTTE, also known as the Tamil Tigers) was created in 1976 to promote a separate Tamil homeland in the northeast.

3) Such tensions culminated in a 30-year civil war

In 1983, an anti-Tamil pogrom dubbed the “Black July” riots led to the killing of approximately 2,500 Tamils by Sinhala extremists in the aftermath of an LTTE attack on an army convoy that killed 13 soldiers. The widespread violence led thousands of Tamils to flee the country, and many Tamil youth joined the LTTE and other militant groups, ushering in decades of brutal conflict.

Utilizing both terrorism and conventional military warfare, Tamil militant groups, particularly the LTTE, fought to create an independent state (Tamil Eelam) in the northeast region. The decades-long civil war with the Sinhala-majority government and state-sponsored paramilitary groups ended in 2009 with the defeat of the Tamil Tigers.

Militant Buddhist nationalism was considered a major driving force in fueling and extending the war, and extremist Buddhist monks often undermined attempts to reach peace settlements with the Tamil Tigers.

The civil war took a heavy toll on the island nation, with nearly 100,000 fatalities in the three decades of conflict.

Sri Lanka’s final military offensive against the LTTE in the closing months of the war in 2009 resulted in up to 40,000 civilian deaths, two-thirds of which allegedly occurred in safe zones created by the government.

At the same time, the LTTE held over 300,000 Tamil civilians as hostages in the conflict area, shooting those that tried to leave.

The fighting left hundreds of thousands of civilians, primarily Tamils, displaced from their homes, with some estimates putting the total number at one million by the end of the war.

Moreover, a large number of Hindu temples and religious institutions were also destroyed during the course of the war, many of which have still not been rebuilt. The Department of Hindu Religious and Cultural Affairs has indicated that 1,479 temples were destroyed across the northeast provinces from 1983 to 1990.

Sadly, such destruction is nothing new in the history of Tamil Hindus, going back to the 1600s, when the Portuguese destroyed nearly every Hindu temple on the island and forced the practice of Christianity. Though the Nandinatha Sampradaya, a Shaiva sect of Hinduism prevalent in Sri Lanka, have done much over the years to help Sri Lankan Tamils re-embrace Hindu culture, there have obviously been many challenges.

According to human rights groups and the United Nations, both the government and LTTE were guilty of mass atrocities and war crimes.

The systematic recruitment or abduction of young child soldiers, some as young as 12, for instance, was a common practice employed by government forces, pro-government militias, and Tamil militant groups alike.

Since the end of the war in 2009, however, it’s clear the Tamil minority have been most victimized as they continue to suffer institutional discrimination in employment, education, and political representation, while not having equal access to justice.

The elevation of Buddhism in the state’s legal framework and national polity has contributed to the rise of Sinhala-Buddhist nationalism, often resulting in discrimination and violence against religious minorities.

Despite claims by the previous government that most of the Tamil lands occupied during the war have been returned, the military continues to occupy thousands of acres and has illegally sold off or allowed the encroachment of additional Tamil land.

The militarization of the northern and eastern provinces has further led to systematic state repression of the Tamil minority. The military continues to interfere in the daily lives of Tamils, and are heavily involved in activities including education, tourism, and farming.

Furthermore, Sinhala Buddhist extremists have been involved in destroying non-Buddhist religious sites and harassing minorities, and have at times operated in direct collaboration with government forces. Tamil sources allege that there have been a series of attacks on Hindu religious sites and priests and the destruction of several temples in the northeast region of the country.

The ongoing displacement of thousands of Tamils also remains a major unresolved issue.

In 2015, Sri Lanka’s Tamils gleaned a ray of hope when Maithripala Sirisena came into power on a platform of change and reform. This hope burned brighter when he swiftly agreed to several post-conflict justice and accountability measures under a United Nations Human Rights Commission resolution in 2015, including the creation of a truth commission and a war crimes court. The country, however, took a step back in 2019 with the Rajapaksa brother’s ascension to power, who withdrew from the commitments outlined in the 2015 resolution.

If Sri Lanka’s human rights issues are ever to be addressed, the government must start by recommitting itself to the agreements that were made in this 2015 resolution. It then needs to build the trust of the Tamil population by ending the militarization of the north and eastern sections of the country, and work on resettling and rehabilitating the civilians that have been displaced from the war.

The government also needs to remove preference for Buddhism from the constitution, and provide greater devolution of power to the Tamil-populated Northeastern provinces, as guaranteed by the constitution’s 13th amendment.

Finally, the government must confront Sinhala-Buddhist nationalists and do more to protect ethnic and religious minorities and minority places of worship from communal violence and illegal encroachments.

As stated at the beginning of this piece, Hinduism is perhaps the country’s oldest religion, and thus essential to the fabric of what makes Sri Lankan culture. If the integrity of this culture is to survive going into the future, Sri Lanka’s government — with support from the United Nations, US, and the rest of the international community — must do what is necessary to take care of the people who are integral to it.

Much of the information in this piece is derived from Hindu American Foundation’s Sri Lanka human rights report. To learn more, visit it here. 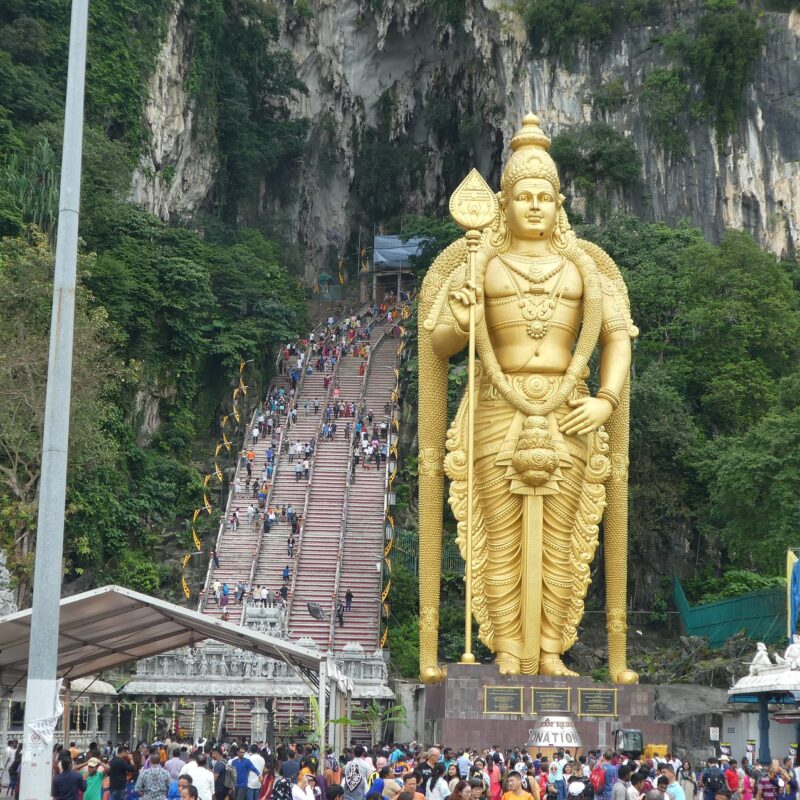 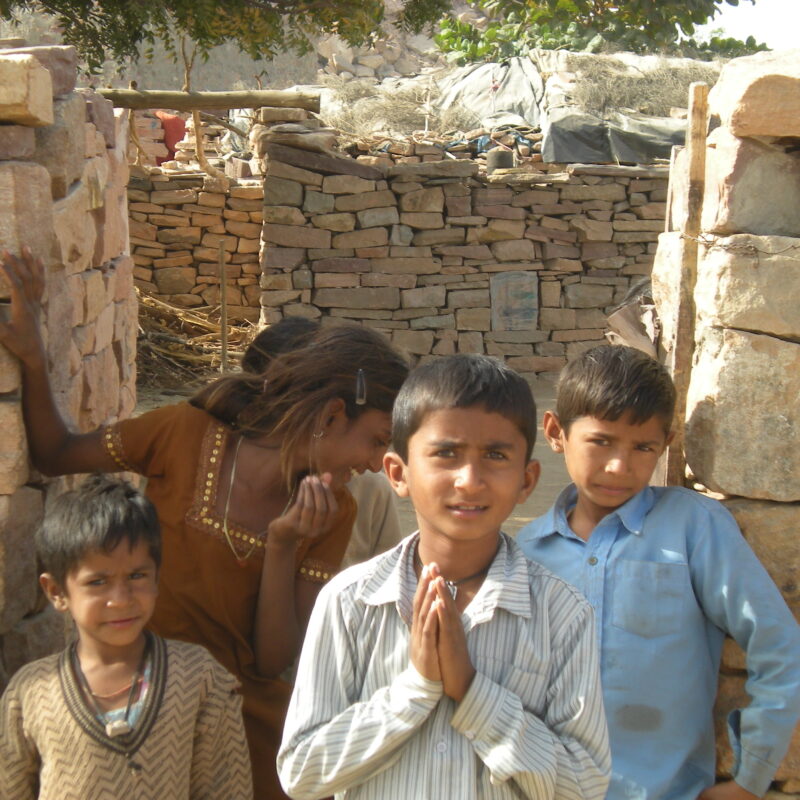