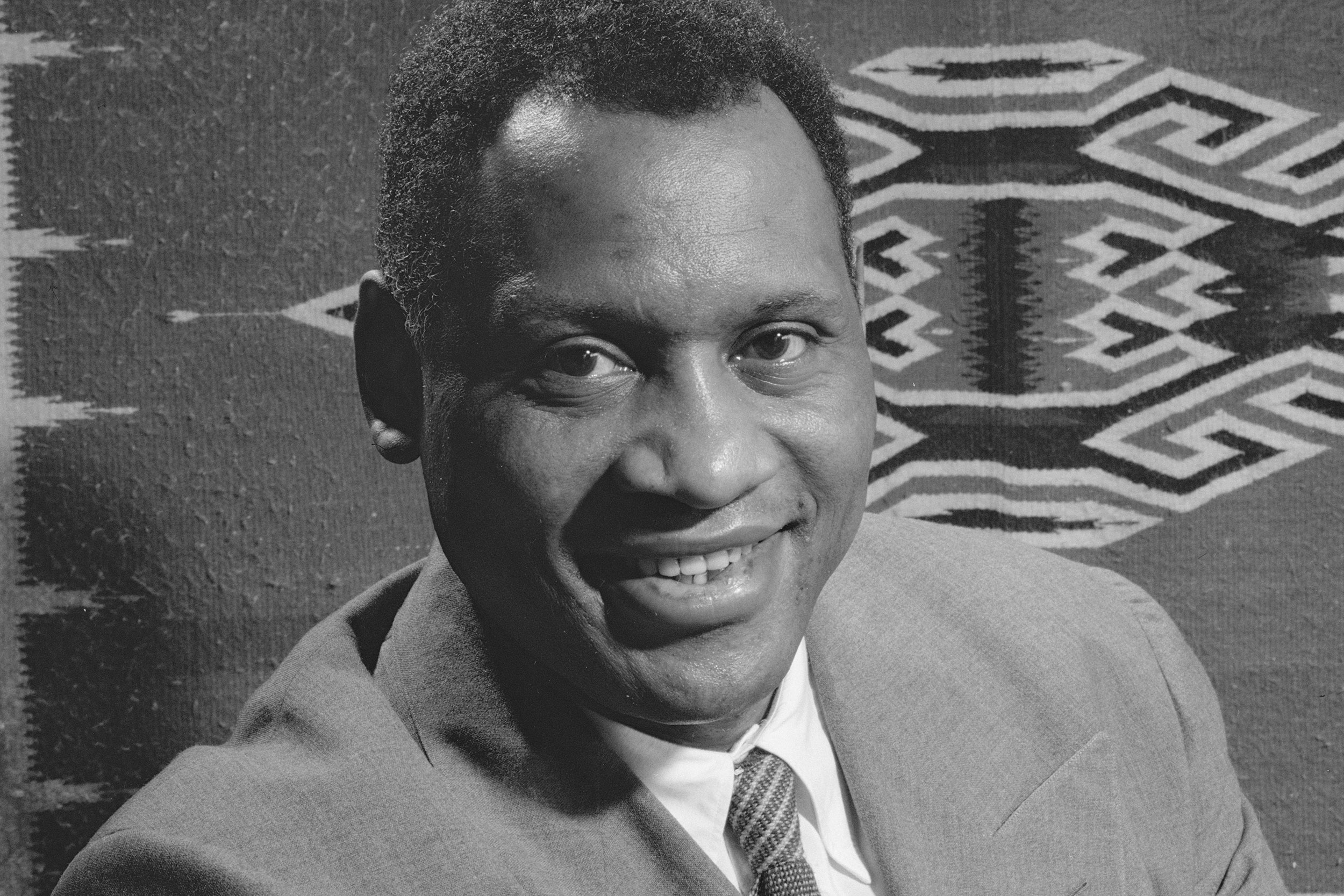 Last Friday marked the date Rev. Martin Luther King, Jr. was assassinated in 1968. I happened to be in Atlanta last week, and stopped by the King Memorial to pay my respects. I sat in the crowded pews of Ebenezer Baptist Church with people of many backgrounds, who all shared the appreciation of King as a human rights icon whose commitment to racial equality was only matched by his passion for pluralism.

However, yesterday, another milestone came and went without much observance. It marked the birth of Paul Robeson, a quintessential Renaissance Man and human rights champion whose life and legacy were largely crushed by the weight of McCarthyism in the 1950s. If King’s faith defined him, it was Robeson’s humanism — and his belief in the human spirit — that made him into one of the world’s most recognizable names in the fight for global justice during the first part of the 20th century.

Robeson was born in 1898, the son of a pastor in Princeton, New Jersey. By the time he graduated from Rutgers University in 1919, he was already lauded for his prowess on the football field and for his debating skills in the classroom. Though Robeson would get his law degree from Columbia University, unheard of at that time for African-Americans, he pursued a career as an entertainer.

By the start of World War II, Robeson had become one of the most recognizable names in the world for both his entertainment skills and his activism. He became a spokesman for global suffrage, embracing anti-colonial and labor movements around the world, learning at least a dozen languages, and befriending those who would go on to become heads of state.

While King made a memorable visit to India in 1959 to visit the tomb of Mahatma Gandhi, Robeson had already become an icon in the country, thanks to his friendships with Jawarhalal Nehru, Krishna Menon, Vijayalakshmi Pandit, and the noted singer Bhupendra Hazarika, who adapted Robeson’s “Ol’ Man River” into a Hindi song. Indira Gandhi, in fact, declared March 17, 1958 to be Paul Robeson Day in India, a tradition that would continue for many years after. Robeson and Nehru were very close for many years, though a Communist-backed insurgency in India — and Nehru’s retaliation against it — would cause friction between both men.

When I wrote a biography of Robeson and W.E.B. Du Bois, I was fascinated by Robeson’s genuine interest in culture and spirituality. Robeson, while a humanist, had deep appreciation for the spirituality of the East. He admired Hinduism, learned about Islam, and marveled at how Chinese communism drew from Confucian teachings (though it later developed into a much more autocratic, state-centric philosophy). Unfortunately, Robeson’s defense of the Soviet Union drew scrutiny from Joseph McCarthy and other staunch anti-communists. As a result of McCarthyism, not only was Robeson blacklisted, but civil rights groups such as the NAACP and the Urban League also kept their distance from him in order to avoid being labeled as communist sympathizers.

After the death of his wife Eslanda (herself an active champion of global suffrage), Robeson stayed out of the public eye, dying in solitude in Philadelphia. Though his legacy has been pushed largely out of the mainstream, Robeson’s contributions to human rights and diversity cannot be understated. In an age where we are constantly reminded of globalization, Robeson was a true global citizen, equally knowledgeable of Hindustani and Carnatic music as he was of jazz or classical. While we are right to hail King for his achievements and his profound embrace of the Gandhian way, it’s important to remember that Robeson walked his own path — and cast a large shadow wherever he went. For that, the world owes him a debt of gratitude.