Ashta siddhis are recipes for success without stress
Living Dharma 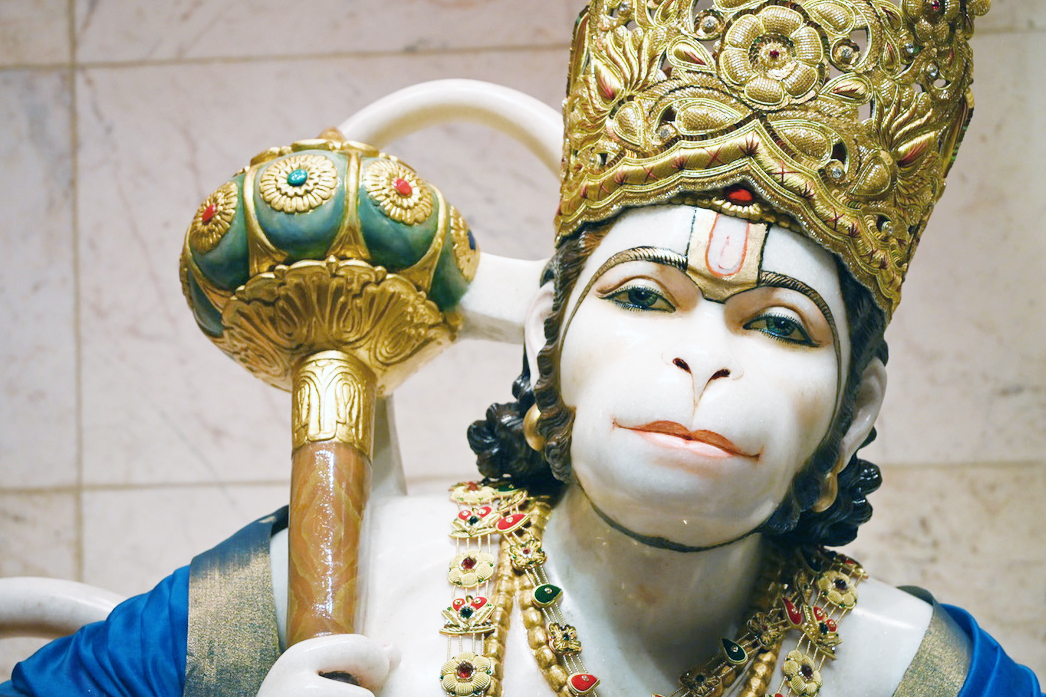 Last night, I had the opportunity to attend an amazing talk by Swami Swaroopananda of the Chinmaya Mission. Swamiji has a lovely way of seamlessly integrating various stories into his talk as he makes his point. His talk was entitled “Success without Stress,” and he based it on specific parts of the Hanuman Chalisa. For those who are unfamiliar, Hanuman is one of the most popular figures in the Hindu epic Ramayana, and he is forever beloved by children and adults for his youthful antics and energy. The Hanuman Chalisa extols the glories of Hanuman in his selfless service to Lord Ram.

Swamiji began his discussion by explaining to us the eight siddhis (ashta siddhi) that are mentioned in Patajanli’s Yoga Sutras and can be obtained by very few through countless years of practice and devotion to all eight limbs of Ashtanga Yoga. Siddhi can loosely be translated as accomplishment or a special power or unusual skill. The eight siddhis Swamiji described are:

Hanuman not only possessed all eight siddhis, but was also blessed by Sita as “Ashta Siddhi Nau Nidhi Ke Daata,” or one who can bestow astha siddhi upon others. When Hanuman first reaches to Lanka on his mission to find Sita, he makes use of anima so as to be discrete in enemy territory. He uses it again when he approaches Sita for the first time — reducing his size to that of a schoolboy, so as not to scare her. He uses mahima to outwit and overpower demons. He uses garima to show his power when Ravana, the demon king, temporarily captures him and brings him to the main court of palace. Not even the mighty Ravana could lift Hanuman’s tail.

The stories of Hanuman are many, and Swamiji could have continued on. But instead, he told us that these eight siddhis are the key to success without stress in our life. We just needed to extrapolate the meaning:

In a short 90 minutes, Swamiji beautifully explained some key principles to being successful in life. He also made it a point to explain that success should not be measured in terms of wealth. Money is necessary for sustenance and “even for God’s work…temples just don’t build themselves!” But wealth that is obtained through dishonest means causes destruction of the person and those around him. And when one acquires wealth, he shouldn’t horde it. It should be used to benefit society.

Hindus pay homage to wealth in the form of Goddess Laxmi, the consort of Lord Vishnu.  And Laxmi comes and goes as She pleases. The only place She always remains is at the side of Vishnu. In the Ramayana, Swamiji explained, Ravana captures Sita, the avatar of Laxmi, for himself only.  His greed and lust for Sita leads to the destruction of his kingdom and family, and his ultimate demise. On the other hand, Hanuman comes to find Sita in the name of Lord Ram, the avatar of Vishnu. And he is rewarded with Sita’s blessings — not wealth, which is of no importance to him, but the promise that he will always be in service of and near to Ram.

With a twinkle in his eye, Swamiji concluded by saying, “So, you can practice Ashtanga Yoga for hundreds of years to achieve one or two of these siddhis…or you can just worship Hanuman.”

This article was originally published on Belief Net in 2014.