Being an HAF summer intern was both adventurous and informative 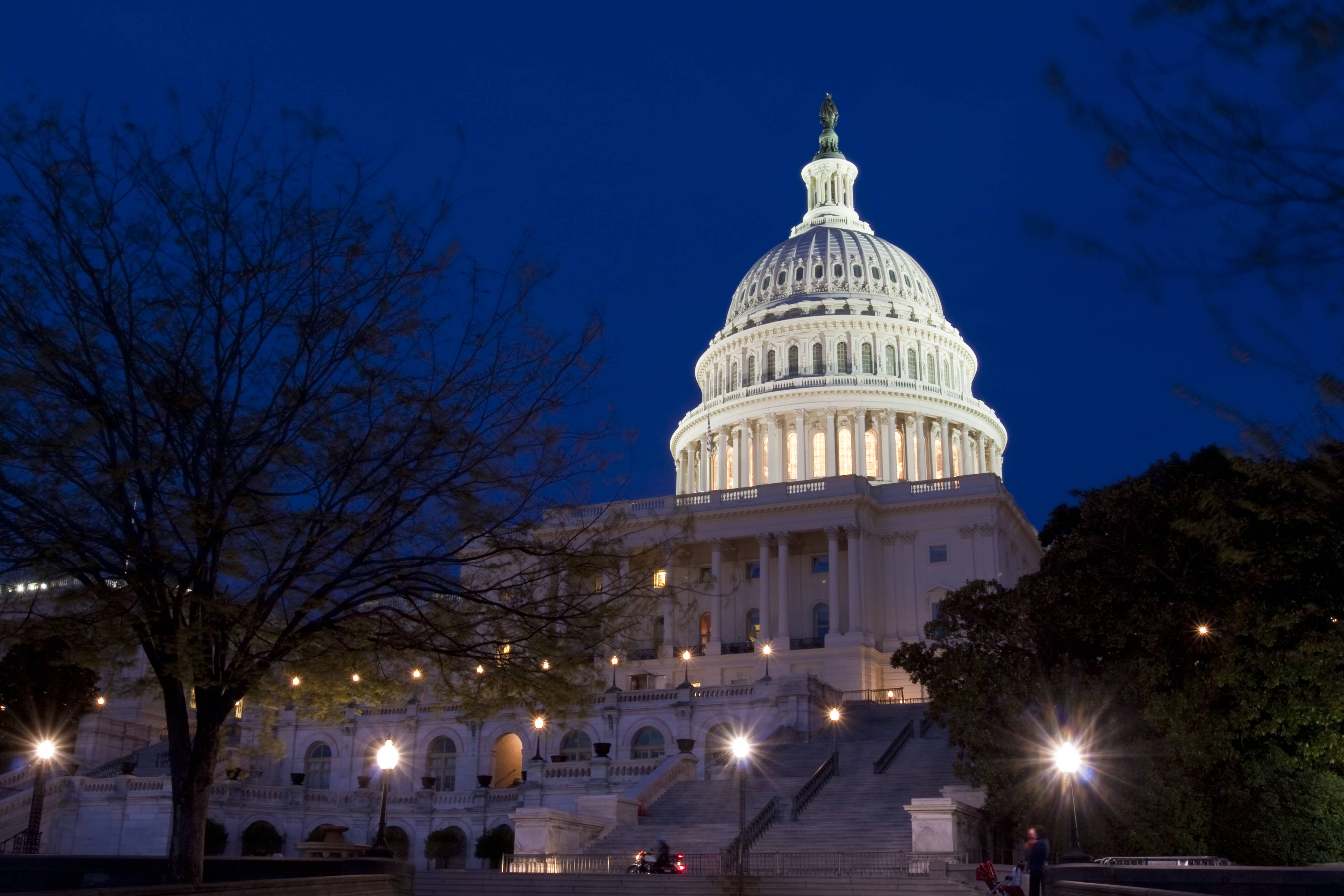 The following piece is by Parth Shukla, one of HAF’s 2018 Summer Interns.

All I was expecting was a challenge of some sort, and it didn’t disappoint in this regard. My summer in DC proved to be both adventurous and incredibly informative.

I was excited by the prospect of working in the epicenter of the world’s greatest democracy — as many a patriotic American would describe our country — and even more so by the opportunity to work with  someone in politics who had a religious upbringing close to mine.

Growing up in America as a Hindu was often difficult.

Whether it was because my religion was misunderstood by peers or because representation in the public sphere that mirrored my identity was rare, it was difficult imagining myself in careers other than the ones I was predominantly surrounded by — ones which often stereotype my community — that of being doctors or engineers.

As I got older, I realized that my interests did not lie  in either of these fields and I found myself drawn more to law and politics.

The ability to serve my local community, and help make decisions that could impact not only them, but the whole of the nation and world seemed incredibly appealing. And so I decided to explore the possibilities.

My search has involved reading about history and keeping up with current political events. And this past summer, my exploration led to an internship in the office of Congresswoman Tulsi Gabbard through the Hindu American Foundation. Only as an intern in a congressional office and hobnobbing in Washington DC, could I gain the front seat view and hands-on experience to determine whether it was a field worth pursuing.

The day to day of politics, I’ve learned, can be long and repetitive.

For multiple days throughout my internship, I was tasked with delivering a single sheet of paper — one that had already been sent by email — to all 435 House congressional offices.

Congresswoman Gabbard and her legislative staff wanted to make sure that each office actually saw the bill we were proposing. This meant active promotion of it to ensure that it wasn’t lost in the, at times, mechanical categorizing and prioritizing all offices do with such requests.

Although the work was both tedious and arduous, knowing who we’d be helping with the bill was enough motivation to continue on, literally walking miles on marble floors to deliver something that had quite literally already been sent.

Large numbers of veterans return home from Afghanistan with a range of injuries from acidic burn pits that are unfortunately a reality of combat. Worse yet, these veterans get little to no extra assistance from the Veterans Administration to help in the treatment required for these types of injuries. Our bill mandated accountability and assistance for their recovery by giving them the extra and proper attention they need for their injuries.

I learned through discussions with the staffers in the office that the best way to get past the day to day grind is to always keep your eye on the bigger picture.

This advice was crucial for me to get over the grind of some tasks, and, really, gain a valuable lesson for any aspect of my life. Whether it is a long assignment that may not feel immediately useful during the school year or the monotonous practices of mid-football season, if I keep my eye on the bigger picture, no task or obstacle should be too big or boring.

Another memorable and fruitful experience I gained over the summer, was the opportunity to propose an idea for a bill.

All the interns in our office were tasked with writing and proposing our own bill to the Congresswoman. I would later find out that this opportunity was rare and unique to our office. Of the many other interns I had a chance to interact with, including other HAF interns, I was one of the few who was assigned a project like this.

Given the uniqueness of the opportunity, I took it on with gusto and fervently researched possible bill topics.

Why would a bill on access to clean water have a better shot than the others? Simply because while the other two topics are critical, they tend to elicit very partisan reactions, while clean water was something members of both parties could stand behind.

I decided to focus on a solution that I believed could be quickly deployed and taken to communities that need it most. The system I discovered was an extremely versatile one by Coca-Cola which could be used in a place as close to home as Flint or as far off as rural villages in Africa and India.

This portable water purification system is the size of a shipping crate called EKOCENTERS. These EKOCENTERS contain a store, intended to be run by locals to distribute clean water. One EKOCENTER has the capacity to purify at a rate of 20,000 gallons per day. These systems could completely change the way communities in need of clean water function and bring necessary further security, by allowing them to worry about issues other than clean drinking water.

The process of actually writing a bill is far more difficult than I had imagined. It opened my eyes to why change can take so long in our nation’s Capitol and there actually being a reason other than the petty partisan fights that plague our system and that the media seems fixated on. The very language and orientation of a bill is unlike any kind of writing I had done till this summer. But after a few weeks of research about clean water, and generally reading other bills and over time, getting used to understanding what was actually being proposed behind numerous “Whereas” clauses, I finished a draft of my proposed bill.

At the end of our internship, all five of my fellow interns and I were given the opportunity to sit with Congresswoman Gabbard in her office and pitch our bill to her.

The experience is one I will remember forever, not only for what I learned through the entire process of researching and drafting, but also from just the opportunity to make a formal pitch to a member of Congress and get feedback.

Congresswoman Gabbard told me she loved my idea, that I should I continue to work on the bill, and keep in touch with the office regarding it.

One thing that struck me, not only through my pitch, but more generally in my time in the office was Congresswoman Gabbard’s ability to make every person she met with feel like they were authentically being listened to. After observing her in a couple meetings and my own meeting with her, I realized she did this not only by actually listening, but by asking questions, keeping eye contact, and demonstrating  physically that she was listening such as by taking notes or nodding her head. I took close notice of this and have tried to implement these successful habits into my own conversations.

While advocating for a bill or drafting one were experiences that taught me a great deal, the most memorable opportunity of this whole experience was working in the office of a fellow Hindu American, and not just any Hindu American, but one who is a rising star in the field.

Of the 435 representatives in the US Congress, today only four are Hindu American, so I consider myself incredibly lucky to have worked with not only one of them, but the first of them who made history and paved the way.

As a Hindu American, Congresswoman Gabbard articulates her motivation to serve through the lens of karma yoga (selfless action) and dharma (righteousness) — to selflessly work on behalf of her constituency and country without expectation of personal return, and to do so from an ethical foundation of truth, non-harming, and pragmatism. Those working in advocacy speak in similar terms.

Hindu teachings call upon all people to strive to fulfill our duties to the best of our ability and without selfish motives or expecting anything in return. Working this way in our day to day roles — be it as a son, a student, a team member, an intern, or a congressman —  allows us to approach the responsibilities and obligations entailed in each of these roles  with the purest of hearts and with empathy and compassion for others.

This is obviously easier said than done, as our base instinct is to do what is best for us. It takes discipline, knowledge, a commitment to the greater good or something beyond ourselves, and most importantly practice to achieve both the upholding of dharma and living of karma yoga. In this sense, public service offers a perfect opportunity to put these teachings into practice.

In addition to my work in Congress, I also worked extensively with the Hindu American Foundation.

Projects including tasks related to their annual Advocacy Forum, as well as going to various networking events to represent the foundation and their interests.

While the bulk of my time was on the congressional side, I valued the opportunity to  experience the flip side of the coin and see how legislation can get reprioritized and passed through the efforts of ordinary citizens, when they get organized.

The advocacy side of work is also interesting because it is obviously much more focused on a particular set of issues. For HAF, the issues they work on focus primarily on education and civil/human rights.

The highpoint of my summer experience was when my congressional and advocacy roles came together at a sobering event. One of the issues that is at the core of HAF’s policy work is highlighting human rights atrocities committed against Hindus and other minorities around the world.

One of the countries in which the Hindu and Sikh minority has suffered grave deprivation of human rights is Afghanistan, simply on the basis of their religion.

Over the summer, in Jalalabad, there was an attack which claimed the lives of 19 Hindu and Sikh community members and wounded 20 others who were traveling to see President Ashraf Ghani.

In honor of the lives lost, I was asked to deliver condolence remarks on behalf of Congresswoman Gabbard at a memorial service hosted by Afghanistan’s Embassy, and which the Hindu American Foundation had assisted in organizing .

It was an incredible honor and privilege to speak in front of an audience filled with members of the affected community, dignitaries, and media on a topic of such grave importance.

It was also eye-opening to realize, as I read the words of concern and condolences,  what my people are going through on the other side of the world. With so much media emphasis on things happening near us and that most directly relate to Americans, very often the plight of smaller communities around the world is forgotten.

To know that these issues are highlighted by advocacy groups like HAF, and brought to life ironically through a memorial service, will ensure that such senseless killings do not go in vain, and that future atrocities can eventually be stopped.

Through living on my own, commuting to and from work, and working 9-to-5 on issues of incredible import, I  was able to get a taste of what life as an adult might be like. I learned a lot about myself and the type of work and career I may want to pursue in the future.

Looking back, what made even the most mundane tasks tolerable, maybe even enjoyable, was knowing in the back of my mind that I was helping people and serving a purpose higher than my own immediate wants and needs.

I was helping people and trying to make a difference in the world — and that is the roadmap I discovered over the summer for what could lie ahead.