The Kashmir conflict isn’t about independence and democracy. It’s about expanding theocracy in South Asia. - Hindu American Foundation
On The Issues

The Kashmir conflict isn’t about independence and democracy. It’s about expanding theocracy in South Asia. 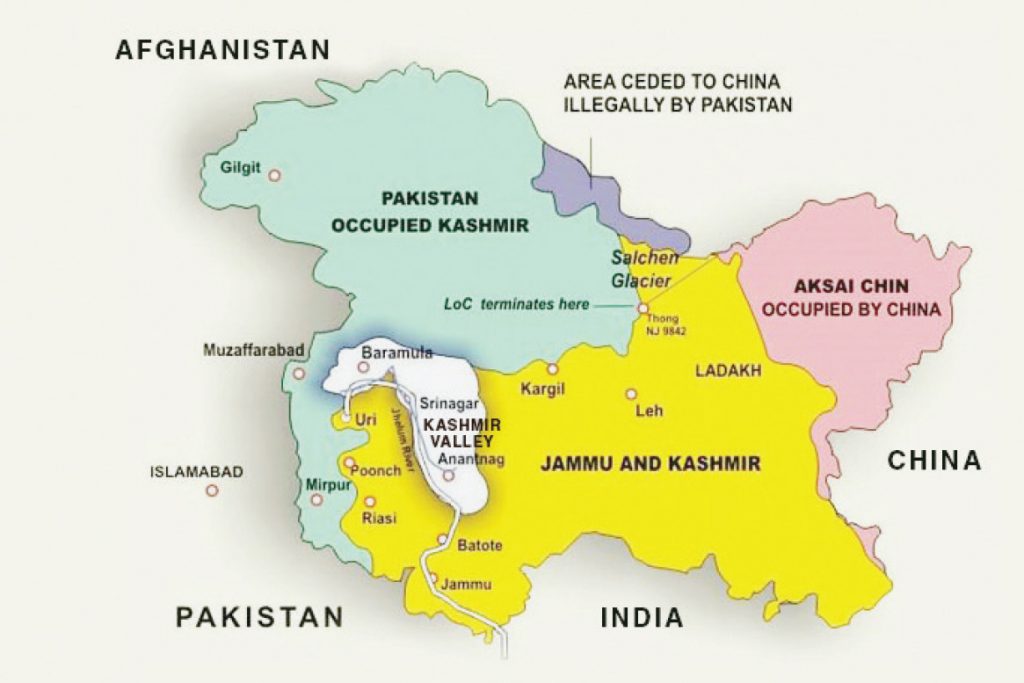 In 2019, at the time of this publication, at least 46 people have been killed in terrorist attacks in the Indian state of Jammu & Kashmir, specifically in the Kashmir Valley. More than 40 of these deaths occurred in February, when the Pakistan-based (and supported) terrorist group Jaish-e-Mohammed attacked Indian security forces in Pulwama.

This violence in Kashmir is not primarily a struggle for independence against the Indian government, as the usual narrative claims. Rather it is a campaign of destabilization and Islamization in the Valley of Kashmir, done either directly at the behest of the Government of Pakistan and its intelligence services, or through their tacit support of radicalized Islamist groups.

This needs to be stated clearly and specifically because it colors the entire Kashmir conflict in a different light than is often done in the international media.

In pursuit of this campaign, terrorism and an active guerilla insurgency are used as tools to destablize the region in the hopes of creating a theocratic state, free of Hindus or with Hindus as second-class citizens — not to mention inferior status for women and other minorities. These groups and their handlers in Pakistan have often used anti-Hindu rhetoric and demonized Hindus as kaffir (unbelievers) to motivate or celebrate attacks.

The response of the Indian government to insurgents — as is often the case when any government confronts an insurgency — has itself at times been heavy handed, with atrocities committed and non-combatants squeezed between the sides.

These atrocities, and even the killings this year, however, pale in comparison to the ethno-religious cleansing of mostly indigenous Hindus (Kashmiri Pandits) from the Valley of Kashmir at the hands of Islamists nearly three decades ago, which reignited a conflict in the region that had been simmering since British-ruled India was partitioned into two nations in 1947: the secular Republic of India and the Islamic Republic of Pakistan.

Amazingly, the ethnic cleansing of the Kashmiri Pandit community — in which thousands of Hindus were killed and hundreds of thousands forced to flee for their lives in the throes of a concerted campaign of rape, assault, terror, looting and destruction — is often omitted in many of the canned histories of the conflict reproduced in the international media.

After the Pulwama attack there were appropriately many articles about the history of the conflict aimed at Western audiences by the BBC, The New York Times, Washington Post, The Guardian, and other leading news sources. However, inappropriately, all of them omit entirely or severely downplay the ethnic cleansing of Hindus.

Doing so does a grave disservice to their readers — to the point of disinformation about the origins of the contemporary Kashmir conflict — and to the victims of one of the worst unresolved and ongoing cases of ethno-religious cleansing in the world today.

Readers are given an incomplete picture of the nature of the conflict, the players involved, and the response of the Indian government to the violence.

Once you realize that the prime instigators of this fight are not moderate Kashmiris wishing to throw off the oppressive yoke of an autocratic government in Delhi, but rather the Government of Pakistan and its hardline Islamist allied groups engaged to fight an insurgent-led proxy war, the entire nature of the conflict changes.

The goal of those groups allied against India is not to carve out another liberal democracy in South Asia, but to create an independent hardline theocratic state or unite with the Islamic Republic of Pakistan, in an area that is historically Hindu and Buddhist and had previously been a place where, under Hindu and Sikh rulers, different religious communities lived in harmony with one another.

Let there be no doubt that a Kashmir that is taken over by Pakistan or where Islamists are allowed free rein will not be a place where moderate Muslims, Hindus, Sikhs, or Buddhists will be safe, nor will those Kashmiri Pandits who were exiled so many years ago ever have any hope of returning the their ancestral home.

This isn’t just an issue of journalists doing an incomplete or inaccurate job of telling a story. It’s an issue of ignoring a serious threat to peace and stability in the region and to people who depend on a secular democracy to survive.

Read more: What you need to know about the struggle for peace in Kashmir