By Sivagami Natesan November 20, 2020 No Comments 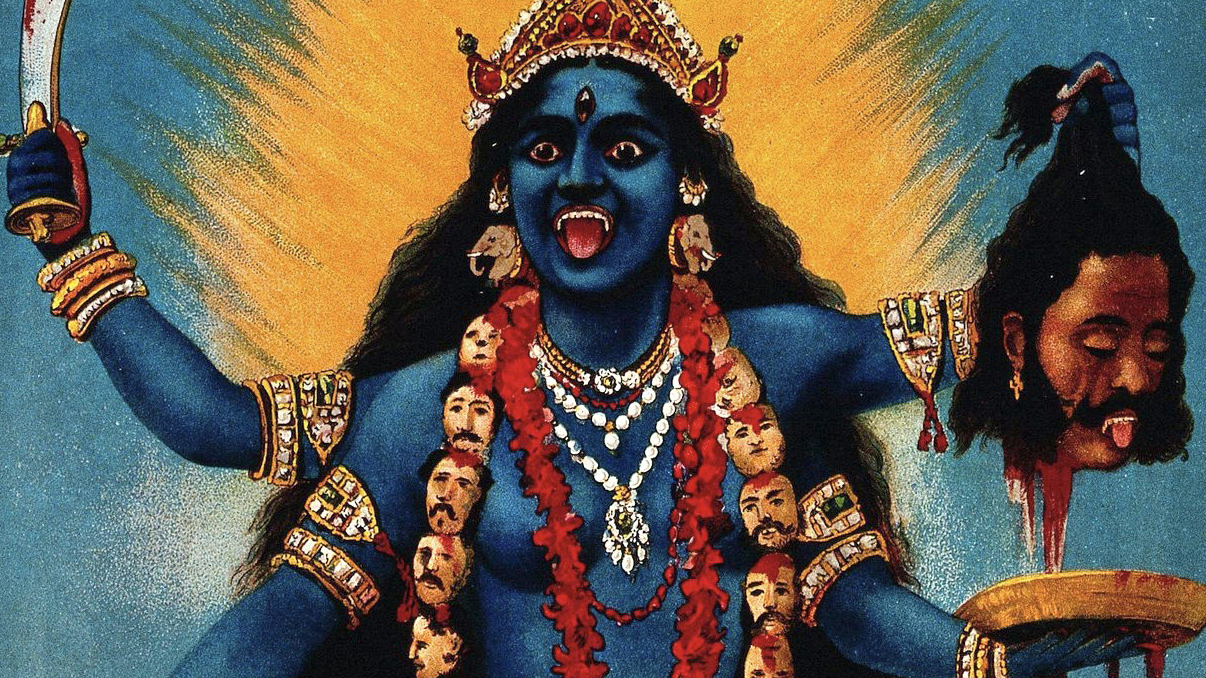 Kali is the form of the Mother Goddess in which she appears angered and aroused to take on the torment of this world. The story of Kali, her origins, and purpose are best told in the 13 chapters of the Devi Mahatmyam, also known as Chandi Paat, and Durga Saptashati (“700 verses to Goddess Durga”) in the Markandeya Purana.

Said to be borne of the earwax of Vishnu (the Preserver and Protector), two demons, Madhu and Kaitabha, were determined to bother Brahma (the Creator), depicted as sitting on the lotus that rose from Vishnu’s navel.

Sensing trouble, Brahma prayed to the female power, described as the yoga nidra (cosmic sleep) of Vishnu and the one who takes away our senses causing us to forget our true purpose (Maya). Brahma invokes this power as Gayatri, Lakshmi, Eashwari (the consort of Eashwar, Shiva), and asks her to wake up Vishnu so he can destroy Madhu and Kaitabha. She emerges in the form of Kali through Vishnu’s five sense organs. Madhu-Kaitabha Samhaara (Devi Mahatmyam, Chapter 1)

In another story told in Chapters 2, 3, and 4, Mahishasura Samhaara, a war took place between the devas led by Indra and the asuras led by Mahishasura. The asuras defeated the devas and Mahishasura reigned supreme in his land of Mahisur (present-day Mysuru in Karnataka state).

Desperate in defeat, the devas approached Brahma, Vishnu, and Shiva. They recounted the battle with Mahishasura and how the asuras had usurped the powers of the sun, fire, wind, etc. and said: “We have told you all the actions of Mahishasura and have sought your refuge. Please think about how he can be killed.” (Ch. 2, v. 7)

A powerful force emerged from the bodies of all the assembled devas (v. 10).

Both coalesced into an incomparable flame and took the form of Kali (v. 13) described in every detail: (v. 13-17)

Her face from Shiva, her hair from Yama, and her 18 arms from Vishnu;

Her two breasts from the power of the moon, her middle from Indra, her calves and thighs from Varuna, and from Mother Earth her behind;

Her feet from Brahma, her toes from the power of the Sun, her fingers from the Ashta Vasus and from Kubera, her nose;

Her teeth from the Prajapatis (the ten sons of Brahma), her three eyes from Agni (the Fire God);

Her brows from the power of dawn and dusk, from the wind her ears; together the powers united in her.

The sources of her implements are listed: (verses 19-30)

Shiva gave her the power of his trident, Vishnu his wheel and mace;

Varuna (Upholder of the Cosmic Order) gave her the conch, Agni the spear, Vayu (the Wind God) gave her a quiver filled with inexhaustible arrows;

Indra gave her his lightning (Vajra ayudha) and the bell from his beloved elephant Airavatha;

Surya (the Sun God) gave her his rays taken from every pore of his body, Time gave her his sword and a sparkling shield;

The sea of milk (Ksheerodhara) gave her a garland of pearls and ever-fresh clothing;

Vishwakarma (the architect of the Gods) gave her a crest jewel (choodamani), ear studs, bangles, the crescent moon, armlets for all her arms, and toe rings, and axe, several types of arrows, and an unbreakable shield;

The sea god gave her a garland of unfading flowers and a lotus flower; Himavan (the Himalayas personified) gave her a lion to ride and various gems;

Kubera (the God of Wealth) gave her a goblet filled with wine; Anantha (Vishnu’s companion) gave her a snake garland.

Emerging from the forms of Brahma, Vishnu, and Shiva, equipped by the devas, she filled the earth and skies with a powerful sound that reverberated through the universe.

Mahishasura, in the form of a buffalo, heard her. Surrounded by his asuras, he ran toward the sound asking: “What is this?” (Ch. 2, v.36)

He saw her spread over all three worlds—pushing down on the earth with her feet, touching the skies with her crown, shaking the underworld with the twang of her bow, her arms encompassing it all.

She fought all the asuras—Chikshura (Mahishasura’s Commander in Chief), Chamara, and Udagra, each one armed and backed by an impressive entourage. She fought them like it was a game, without any sign of fatigue.

Each breath of hers manifested millions of chandikas (female soldiers) who fought with her.

Facing Mahishasura, Kali threw a noose and tied him. The asura morphed into a lion. As she severed the lion’s head, he became a man with a sword. Using swift arrows, she decimated him. He transformed into a large elephant and attacked her vehicle, the lion. She cut the elephant’s trunk and freed her lion. Mahishasura took the form of a buffalo again and the world trembled.

Drawing from the depths of her wine goblet, the goddess drank and laughed as she made dust of the mountains that Mahishasura threw at her. She stepped on him and immobilized him before decisively driving her spear into him.

The destruction of other asuras and the dramatic killing of Rakta-bija are also elucidated in this hymn.

Stories of Kali’s origins can also be found in other Puranas such as the Linga Purana and Vamana Purana.

Kali symbolizes the death of the ego in the ultimate goal of human life in Hindu dharma — moksha (liberation from the cycle of rebirth). Kali is the embodiment of time (kaala) and the female form of Shiva (Kaala). Her name literally means “she who is black”.

Kali is said to live in cemeteries amid decaying corpses, reminding us that our world is nothing but a cemetery where all things that are born must decay and die. She wears a garland of skulls to show us that we too must cut asunder the skeletons in our closet. She gives us the implements for our own personal excisions. She drips blood while consuming all of creation. She reminds us that every minute is constantly destroyed in the cycle of time.

We must rise above this manifested world to see Her in her infinitude, just as Sri Ramakrishna Paramahamsa, that great saint of Bengal, saw her. He found in her “the benign all-loving Mother.” He felt in her breath “the soothing touch of tender love and saw in her the seed of immortality.”

Born of Vishnu’s sense organs or perhaps the composite of Brahma-Vishnu-Shiva and the glory of the devas, she encourages us to come to our senses through teachers like Sri Ramakrishna. “You see her only as black because you are far away from her. Go near and you will find her devoid of all color….The nearer you come to God, the more you will realize that (God) has neither name nor form.”

The two main festivals for the Mother are Navaratri (celebrated in north, south, and west India) and Durga Puja (in eastern India) which are celebrated at the same time of year.

Navaratri starts on the new moon day of the Hindu month of Ashvin. As the name suggests, it is celebrated for nine nights and ends on the tenth day, Dassehra. And similar to all celebrations in the Hindu tradition, there is a perfect amalgam of the social, cultural, religious, and spiritual aspects of the celebration.

In the south, families decorate nine steps with dolls and elaborate dioramas, each step leading devotees closer to the purnakumbha placed on the top step at the very center. Friends, food, and classical music are a big part of this celebration. In the west, Navaratri is a time for garba—nine nights of dancing, with the Mother at the center of the circle of life. In the north, it is a time for Rama Lila—dramatic retellings of the stories of Rama—with the vanquishing of Ravana celebrated as Dassehra.

Durga Puja starts on Mahalaya, the day after the completion of Pitr Paksh, a 16-day lunar period in the Hindu month of Shraadh when ancestors are worshipped. It is the day that the Mother is said to descend from her abode with Shiva in Kailash to her maternal home on Earth. It is also the day on which the battle between Kali and Mahishasura begins.

There are 51 Shakti Pithas in India and surrounding countries. It is believed that each temple is born out of a part of the Mother when Vishnu cut her body during her immolation as Sati.

“Mother, you kill your enemies wishing happiness for this world. These asuras are killed so that they do no more sin and so that they will not reach hell, filled with disease. Killed by you, they will travel towards heaven.”

“Mother, your very sight turns all asuras to ashes. You only send your weapons at them to purify them and with the intention that even your enemies should reach heaven.”

“The asuras stare at your face adorned with the cool crescent moon, the glitter of your shining swords and your spear.”

“Mother, your pristine character brings to an end the bad characteristics of baser instincts. Your beautiful being cannot be imagined by ordinary minds. Your valor kills all asuras, showing mercy even to your enemies.” 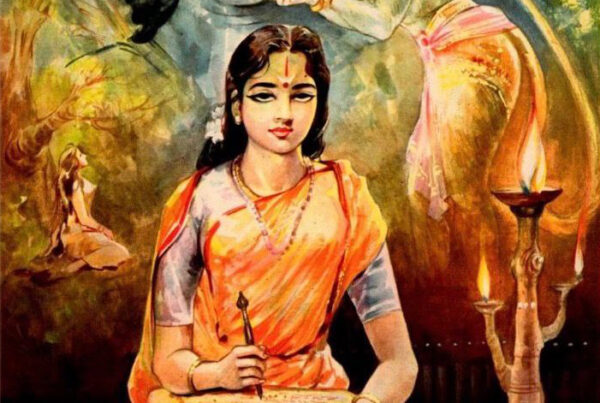 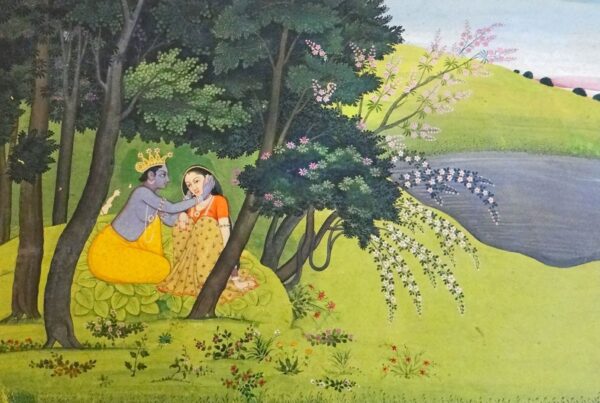 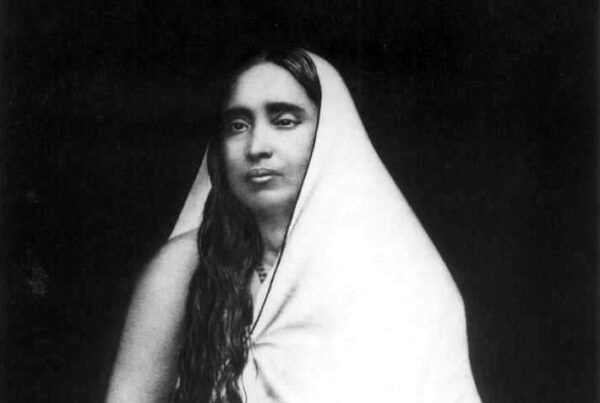