Why Bernie is so wrong on Kashmir 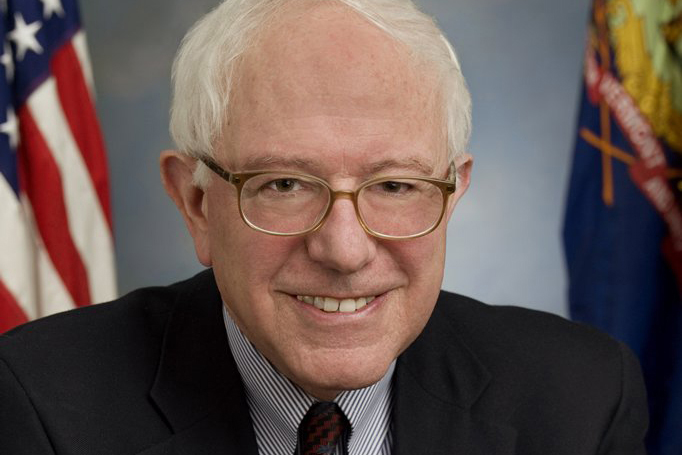 Bernie Sanders wants to win the Democratic nomination to be president.  Bernie wants to reorient U.S. foreign policy to one that privileges diplomacy over military entanglements.  Bernie wants peace in South Asia.

Maybe it was the audience — he was one of only two presidential candidates speaking at the Islamic Society of North American (ISNA) convention in Houston — or a lack of historical context, but on Saturday night, Senator Sanders stepped in it.

Wading into the situation in India’s union territories of Jammu and Kashmir, and Ladakh, Sanders seemed to be reading verbatim from talking points drawn up by Pakistan’s well-paid lobby.  In fact, his speech was not so different from the one delivered by Pakistani Prime Minister Imran Khan to the same ISNA convention over video link.

As Sanders finished reading his script and looked up, he may have been pleased with the reception he got from ISNA members, but one wonders if he realized how terribly he had erred.

He was wrong on principle, wrong on politics, and wrong on history.

Let’s recap.  In early August, India’s democratically elected government  lifted Articles 370 and 35A, temporary provisions that granted the former state of Jammu and Kashmir a measure of autonomy, which lead to the unintended effect of second-class citizenship for the state’s residents.  State residents, though citizens of India, for decades lived without all of the protections offered by the Indian Constitution because the state government had the power to create a separate set of laws, which in many ways granted them fewer rights and protections than the constitution. The articles also limited the rights of Indians from other states from owning property in the state, stunting freedom of movement and economic development.

Articles 370 and 35A combined with rampant and unchecked corruption, and a decades-long terrorist movement sponsored and carried out by Pakistan left both the former state and its people isolated from the rest of India, and deeply vulnerable to inconsistent civil rights protections, economic and educational deprivation, and the terrifying effects of radicalization.  While all people in the region have suffered, women, children, historically disadvantaged communities, religious minorities, and LGBT people have especially been impacted with the additional burden of institutionalized subjugation.

Senator Sanders speechwriter clearly left out some important details. The most important one — that abrogation of Articles 370 and 35A has ended this artificial cleavage and suffering.

Millions of Indians and Indian Americans are celebrating this long-awaited extension of equality to the Indian citizens of these union territories, which is also precisely the reason why Sanders’ full-throated condemnation of India alone, and call for the long-discarded idea of a UN plebiscite has left so many questioning his commitment to championing progressive ideals such as secularism, religious freedom, equality, and peace.

As for a short history on Kashmir and why the UN resolutions are moot, I wrote these words just last week:

“When the British partitioned India into two countries — the democratic Republic of India and the Islamic Republic of Pakistan — princely states had the option of choosing one of the two. Kashmir’s Hindu king couldn’t decide which country he’d join — his state had a rich Hindu legacy and a Muslim-majority. While he deliberated, Pakistan invaded Kashmir leading the king to seek India’s immediate assistance. With the support of other Kashmiri political leaders, he legally acceded the state to India. Pakistan did not accept the decision. The whole while, the British were manipulating events in the hopes that Kashmir would accede to Pakistan to protect their own interests and influence in the region.

India’s Prime Minister Nehru went to the UN to help resolve the dispute. The UN called for plebiscite to determine the will of the people of Jammu and Kashmir. But there was one major condition: Pakistan would have to withdraw its military forces from Kashmir. Pakistan didn’t and so the plebiscite never happened. That was nearly 70 years ago, and Pakistan has not withdrawn, and actually has continued to foment unrest, violence, and terrorism in Kashmir since.”

Pakistan has also systematically extended its control over the territories of Pakistan Occupied Kashmir (PoK) and Gilgit-Baltistan, settling  large numbers of Sunni Muslims in Gilgit-Baltistan, a predominantly Shia Muslim area, irreversibly changing the demographics and stoking sectarian clashes and massacres of Shias. There have also been allegations of  human rights violations in PoK for extrajudicial killings of activists, rigged elections, and repressed political dissent, concerns shared by the U.S. State Department. And let’s not forget that Pakistan unilaterally gave away 2,000 sq miles of Kashmir to China in 1963, distorting the historic boundaries of the state and further complicating the Kashmir conflict.

Why is Pakistan so obsessed with Kashmir? It’s pretty simple.  Pakistan was built on the idea that only religion, not pluralism or secularism, can provide the basis for national unity — hence the very partitioning of India and the creation of then East and West Pakistan.  What we see even today is a continuation of that founding principle — that since Kashmir has a Muslim majority, it must be a part of Pakistan. In this, there is no respect for the 1947 political leaderships’ legal accession to India; no concern for the Hindus, Buddhists, Sikhs, and Sufi and Shia Muslims who have called the region home for centuries; no understanding of Kashmiriyat, a centuries-old indigenous secularism of Kashmir; and no care about the instability and danger invited into the entire region as a result of Pakistan’s encouragement, support, and partnering with terrorists.

So Pakistan is trying to get the U.S., Europe, the UN, Islamic nations — whomever it can — to censure India, all the while it’s officials openly threaten nuclear war against India. This strategy of internationalizing what is an Indian sovereign issue hasn’t worked, but in the face of sustained pressure, a few of Sanders colleagues from the Progressive Caucus have taken the Pakistani line, and now Sanders became the first Senator, and first Presidential candidate to do so.

If Sanders wants peace in the region, empowering the country that has made nuclear threats and continues a proxy war through terror networks in Kashmir is definitely not the way to go.

To read HAF’s recommendations to the Government of India to deliver on the promises made in the creation of the new Union Territories of Jammu and Kashmir, and Ladakh, click here.

To learn more about this history of the region and what happened to its indigneous people, click here.