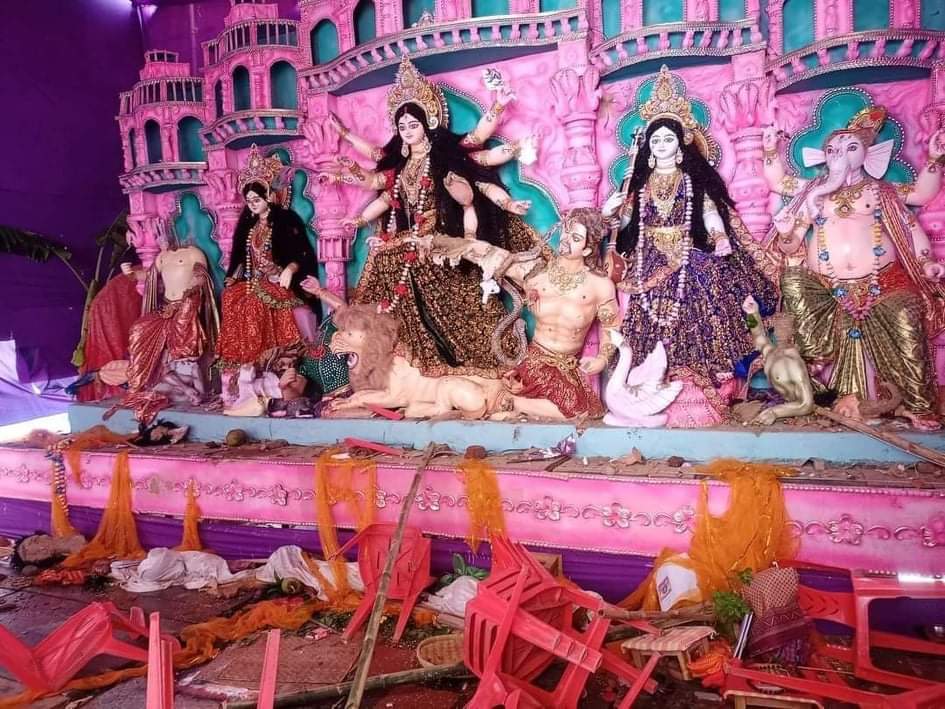 In response to the mass violence directed at the Hindu community in Bangladesh over the recent holiday of Durga Puja, the Hindu American Foundation led a multifaith coalition of more than 100 global organizations and community leaders in delivering a letter to the Bangladesh embassy in Washington DC, calling on the government to stop further anti-Hindu violence.

The coalition letter, addressed to Ambassador M Shahidul Islam and CCd to Bangladesh Prime Minister Sheikh Hasina, urges the government of Bangladesh to “invest in international human rights norms regarding protection of religious communities within its borders,” as “the targeted killings, assault, rape, arson of homes, desecration of sacred images and temples, and other forms of physical attack are human rights violations as outlined in the Universal Declaration of Human Rights.”

“This recent torrent of violence is not unusual in Bangladesh where Hindus and other minority communities face physical attacks on a daily basis,” said Deepali Kulkarni, HAF’s Director of Human Rights. “If the Bangladeshi government is serious about taking action, they would not just arrest some who incited violence, but take decisive action to provide restitution to Hindus to rebuild their homes and temples,” she continued.

Specific asks of the government of Bangladesh include: