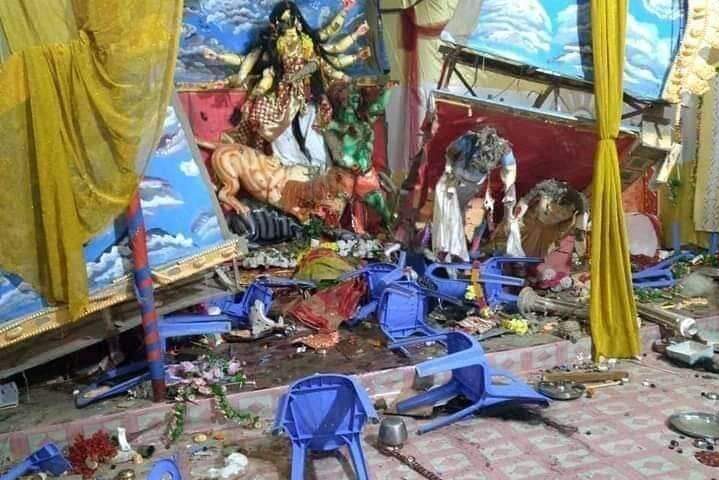 On November 3rd,  the Hindu American Foundation held a webinar, done in partnership with the Indian Subcontinent Partition Documentation Project, on the recent mob violence directed at the Hindu community in Bangladesh.

Speaking during the program, attended by more than 130 people, were representatives from the Bangladesh Minority Coalition, Stories of Bengali Hindus, and Bangladesh Hindu Buddhist Unity Council USA. Attendees heard from several victims of the violence, including the daughter of a murder victim who shared the gruesome details of her father’s killing.

HAF is continuing to press the government of Bangladesh to take strong measures to ensure that such violence doesn’t happen again, as well as to bring the perpetrators to justice.

HAF urges residents of the United States to contact your elected officials and encourage them to make statement condemning the violence.

In addition, HAF has begun an international petition aimed at the government of Bangladesh demanding the release of several Hindus who were arrested for sharing information about the violence on social media.