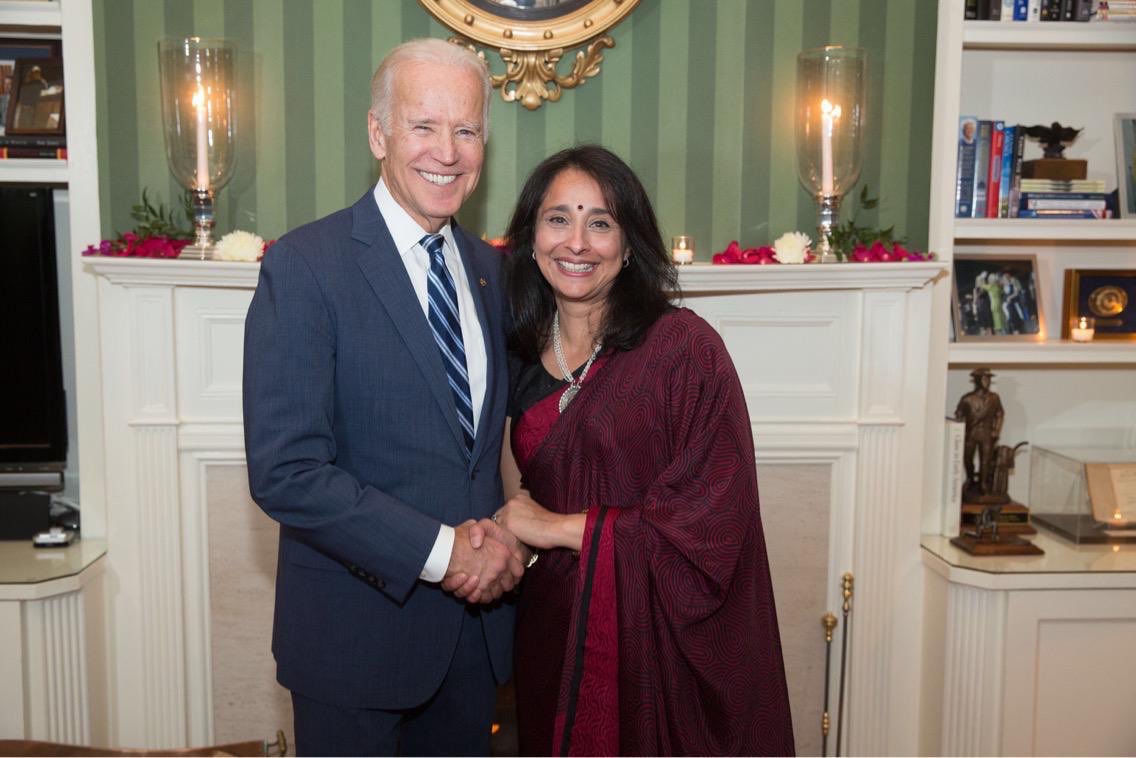 The Hindu American Foundation (HAF) congratulates President-elect Joe Biden on his election victory and Vice President-elect Kamala Harris, the first woman of color and first person of South Asian descent to be elected to the White House.

HAF looks forward to working with the Biden-Harris administration to address issues of mutual concern and interest to the Hindu American community.

“There is a long list of Hindu American legislative priorities and core issues that we believe are of fundamental interest, not just to Hindu Americans, but to all Americans. As we head into our 18th year as the only Hindu American advocacy organization in our nation’s capital, with a new Administration and the new 117th Congress, the Hindu American Foundation will redouble our commitment to promoting dignity, mutual respect, and pluralism in the years ahead,” HAF Executive Director Suhag Shukla stated.

These priorities include both domestic issues, such as stopping religious bigotry and the rise of hate crimes in the US, and enacting smart immigration and green card reform; and foreign policy issues, such as, supporting the religious freedom of minorities in Afghanistan, Pakistan, and Bangladesh, and continuing to strengthen the US-India relationship.

Furthermore, HAF will be pushing for an array of other core policies in line with Hindu teachings and philosophies, such as, 1) a stronger, decisive response from the Federal government to the COVID-19 pandemic; 2) stronger US leadership on expanding clean energy and stopping climate change; 3) ensure civil rights protections for all Americans; and, 4) ending our gun violence epidemic, by passing stronger gun safety policies.

As a nonpartisan organization, we look forward to working with our elected representatives, on both sides of the aisle, at the local, state, and federal level to achieve our goals. As we have for close to two decades, we will continue to bring a Hindu perspective to the pressing social and political issues of the day, as well as ensuring that issues of concern to Hindu Americans —regardless of the political party to which they belong — are brought forward in an effort to empower the Hindu American community as a positive force for good.

HAF calls on all Americans to come together and work in the months and years ahead to strengthen our democracy, and boldly face and solve the challenges of our time.