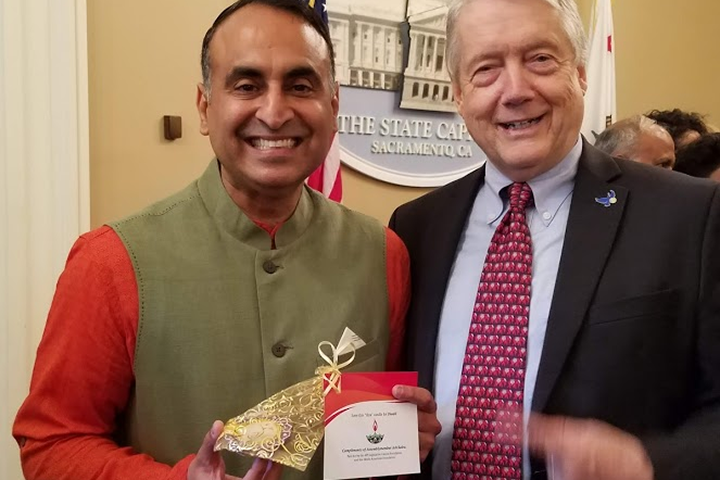 For the fifth time California has declared October to be Hindu American Awareness and Appreciation Month. In an undisputed vote the California State Senate unanimously passed ACR-132, which acknowledges “the significant contributions made by Californians of Hindu heritage to the state and seek to increase awareness and understanding of the Hindu American community.”

“This Hindu American Awareness and Appreciation Month is particularly momentous as 2019 is the 150th celebration of Mahatma Gandhi’s birth, on October 2nd,” noted HAF Director of Education Shereen Bhalla. “Also for this year, Diwali, one of the most important holidays for Hindus, also falls in October, on the 27th,” Bhalla added.

For HAAAM 2019, the Hindu American Foundation will release several resources centered around Hindu leaders and religious celebrations — one on the contribution of Gandhi’s philosophy of non-violence as a political movement, and a revised Diwali toolkit for teachers — to help promote Hinduism in an inclusive and collaborative way.