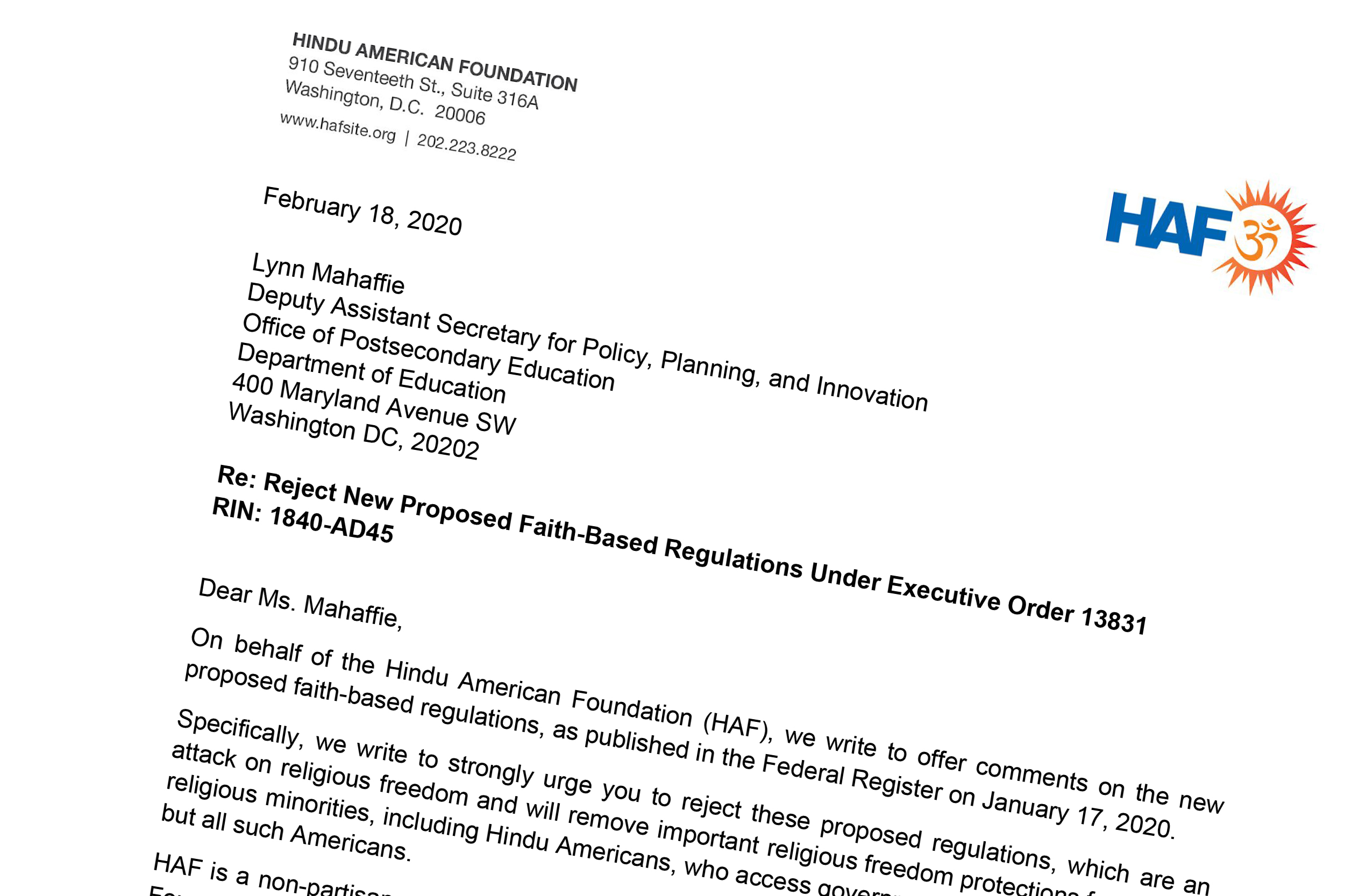 The Hindu American Foundation has submitted comments on proposed faith-based regulations published in the Federal Register on January 17, 2020.

“Contrary to the title, these new proposed rules would not promote the ‘equal participation of faith-based organizations’ in government programs but instead would threaten individual religious freedom and violate the separation of church and state,” noted Kalra. “In other words, they leave religious minorities with an untenable choice between receiving the critical services they need and protecting their religious rights and identity.”

The comments, which provided a uniquely Hindu American perspective, concluded with the following:

“For religious minorities in particular who have to use a voucher to get services and have no available secular option to choose from, they may be coerced into participating in religious activities. For instance, a Hindu American who is forced to utilize a voucher to a religious school may be forced into taking part in Christian religious services and face pressure to compromise or hide his own religious beliefs.

“Consequently, a voucher program that offers no true genuine and independent private choices that are secular, violate basic constitutional protections against the establishment of religion and the government funding of religious programs.

“Overall, these new proposed regulations are un-American and unconstitutional, as they enable discrimination and force individuals to participate in religious programs, attend worship, or pray to obtain vital government-funded services.”

HAF also joined a number of other religious liberty and faith-based advocacy organizations as part of the Coalition Against Religious Discrimination to collectively submit letters on the new rule changes.