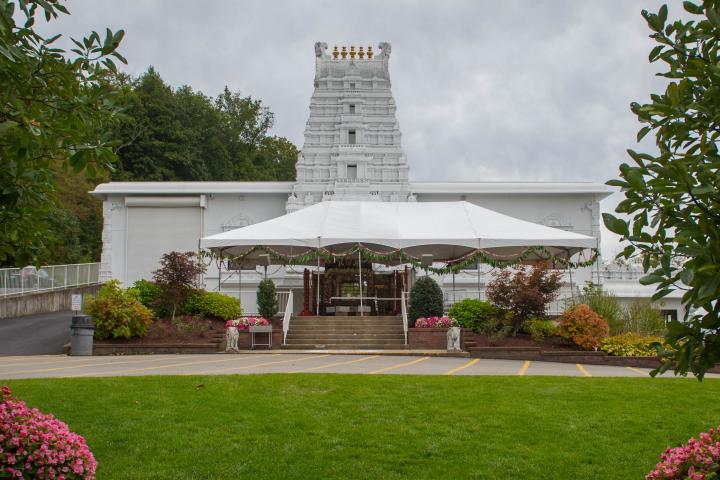 The workshop, modeled after the successful Teach India Maryland workshop at the Sri Siva Vishnu Temple, brought teachers from the Pittsburgh area to learn more about Hinduism, India’s historical development, and the history of the Sri Venkateswara Temple, one of North America’s largest and oldest Hindu institutions.

The keynote lecture was provided by noted Hindu theologian and Elizabethtown College professor Jeffery D. Long, who discussed devotional Hinduism and the impact of the Bhagavad Gita.

Balaji noted that this is part of an ongoing effort to connect temples with their surrounding communities and build stronger bonds with educators.

“We want temples to open their doors to educators,” Balaji said. “What the Sri Venkateswara Temple had done through Teach India is create a space where the community and area schools can constructively learn from one another.”

SV Temple board members said they were happy with the pilot effort and hope to build a bigger program for next year. Board member Dr. Nangali “Srini” Srinivasa, said the temple was looking forward to hosting more teachers and maximizing their opportunities to learn about Hinduism.

Neumann said it was notable to see how engaged participants were. Several offered personal comments expressing gratitude for how much they had learned in so short a period. They are eager to return next year and plan to let their colleagues know how valuable the professional development was.