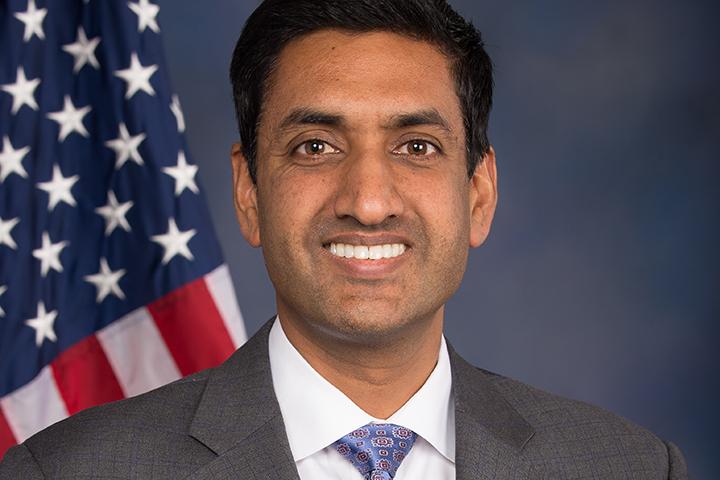 Representatives of a diverse coalition of over 230 Hindu and Indian American organizations, professional associations, and leaders representing hundreds of thousands of community members from across the United States met with Representative Ro Khanna (D-CA) on Sunday to hand deliver a letterexpressing their serious concern over his recent actions and statements on issues relating to the Indian Subcontinent and the diaspora.

The letter comes on the heels of an admission by Pakistan Prime Minister Imran Khan that his country has used U.S. foreign aid to train terrorists, as well as several irresponsible statements by Khan threatening nuclear war against India over the last few weeks.

It also comes as a Hindu school, three temples, and several Hindu homes were vandalized by a mob in Ghotki in Pakistan’s southern Sindh province earlier today.

Specifically, the letter states that Rep. Khanna’s “membership in [the Congressional Pakistan] Caucus is contrary to both American principles and our geostrategic interests in the Indian Subcontinent and the broader South Asian region.” It urges him to withdraw from the Caucus and write directly to “Pakistani Prime Minister Imran Khan and meet with Ambassador Asad Majeed Khan to address Pakistan’s ongoing use of terrorism to destabilize the region and its rampant and severe human rights violations.”

The letter further raises concerns with Rep. Khanna’s recent tweet which in effect endorsed the views of “a fringe and extremist anti-Hindu activist, Pieter Friedrich,” and asked him to issue a clarifying statement that Khanna did not endorse Friedrich’s views and to speak out vociferously against any individuals including but not limited to Friedrich who espouse hateful and bigoted views about Hindu Americans and Hinduism.

Friedrich frequently appeared at California State Board of Education history textbook hearings the last few years, where he harassed Hindu American children and parents waiting to testify about their experiences with bullying in the classroom. He has also demonized Hindus merely for asserting their religious identity and mocked Hinduism at anti-Hindu rallies by denigrating Hindu respect for cows, amongst other racist activities. In addition, a significant part of Friedrich’s activism has focused on the removal of Gandhi statues from public places. He has even gone so far as to assert that the father of nonviolence as a political movement supported Hitler.

Finally, the community urged Rep. Khanna to make a formal statement for the Congressional record highlighting the ethnic cleansing of over 350,000 Kashmiri Hindu Pandits, the indigenous people of the Kashmir Valley who were driven from their homes by a Pakistan sponsored Islamist militant campaign three decades ago.

Hindu and Indian American community leaders in attendance said they looked forward to Rep. Khanna addressing the issues they raised in a concrete and positive manner.