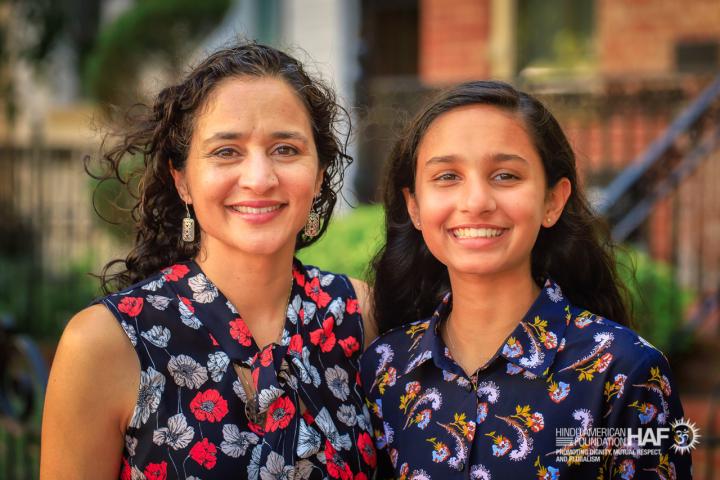 In collaboration with more than 300 community partners around the country, the PSA is being distributed through social media networks nationwide to boost awareness and clarify common stereotypes and misunderstandings about Hinduism. The platform will be interactive, encouraging Hindu Americans to upload a photo of themselves and share how Hinduism inspires them in their everyday lives. There are many Hindu contributions to our daily lives: from yoga and meditation to the decimal system as well as an understanding of the law of cause and effect known as karma.

“The goal of the ‘I Am Hindu American’ campaign is to drive online conversation by putting a face on the Hindu American community. Despite the fact that Hindus are one of the most successful minority communities, knowledge about Hindus and Hinduism is very low among the US general public,” says Suhag Shukla, executive director and co-founder of the Hindu American Foundation. “Our own data shows that one in three Hindu-American students report being bullied for their religious beliefs. Most of this is based on misperceptions about Hindus and we want to change that narrative.”

Another goal of the “I Am Hindu American” campaign is to educate about Hinduism during a period where the country has seen a rise in religious intolerance. Hate crime incidents reported to the FBI increased by about 17% last year compared to 2016 according to statistics released earlier this month by the FBI.

It is also an important time for Hindus in America as speculation grows that Congresswoman Tulsi Gabbard (D-Hawaii) will declare her presidential bid for 2020. Gabbard would be the first Hindu candidate ever from a major political party to enter the race for the White House.

For the first time in history, Congress currently has four Hindu members: Gabbard (she was the first Hindu elected to Congress), Raja Krishnamoorthi (D-Illinois), Pramila Jayapal (D-Washington), and Ro Khanna (D-California). With the swearing in of Gabbard, Krishnamoorthi, Jayapal and Khanna, Hinduism is the third largest faith group represented in Congress.

Additionally, according to ABC News, over 100 Hindus ran for office in the 2018 midterms, over twice the number who ran in 2017.

“I am grateful to be a part of this initiative featuring the stories of Americans across the country who are sharing how their Hindu faith inspires them in their everyday lives,” says Congresswoman Tulsi Gabbard (D-Hawaii).

There has been an increase in the number of Hindus of non-Indian origin, people of European, Hispanic, and African descent who have been drawn to the spiritual teachings and traditions of Hinduism. Hindus are making contributions in every corner of the country including business, healthcare, law, education, agriculture, and entertainment. Hindus are community oriented and adhere to values such as tolerance, non-violence, freedom of religion and other issues consistent with American values.

“Hinduism is the world’s oldest living religion, a global and universal religion with adherents living on every continent and are a part of the American fabric. Hinduism is no longer confined to Indians, and like Buddhism has been embraced by people from many cultures,” says Dena Merriam, Hindu American and leader in interfaith movement.

To learn more about “I Am Hindu American”, please visit www.IAmHinduAmerican.org.

The Hindu American Foundation (HAF) is a non-profit advocacy organization for the Hindu American community. Founded in 2003, HAF’s work impacts a range of issues — from the portrayal of Hinduism in K-12 textbooks to civil and human rights to addressing contemporary problems, such as environmental protection and inter-religious conflict, by applying Hindu philosophy.

The Foundation educates the public about Hinduism, speaks out about issues affecting Hindus worldwide, and builds bridges with institutions and individuals whose work aligns with HAF’s objectives. HAF’s three areas of focus are education, policy, and community. Through its advocacy efforts, HAF promotes dignity, mutual respect, and pluralism in order to ensure the well-being of Hindus and for all people and the planet to thrive.