Why “Brahminical” is an Anti-Hindu Slur - Hindu American Foundation

Why “Brahminical” is an Anti-Hindu Slur 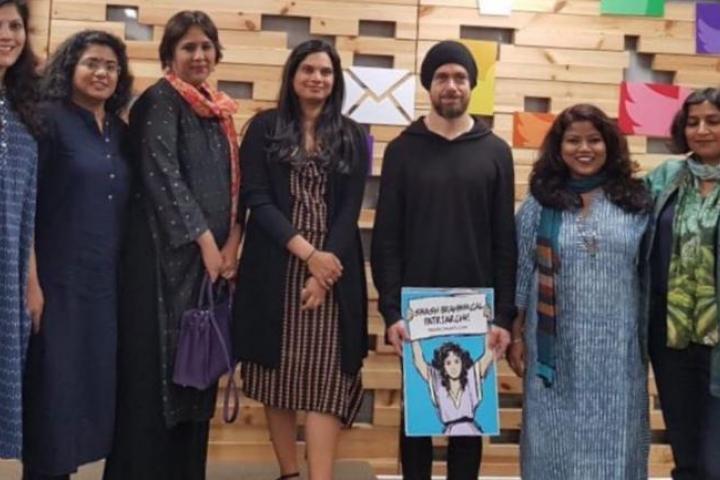 The term Brahminical,* a commonly used pejorative referring to Hinduism, was recently seen on a poster held by Twitter CEO, Jack Dorsey, sparking widespread condemnation in India and across the global Hindu diaspora.

Brahminism was invented by 18th and 19th century European Indologists to describe and define Hinduism, and has roots in white and Christian supremacy and anti-Semitism. Despite its use in academic discourse, K-12 textbooks, and activist circles, the term Brahmanism is unknown to Hindu texts and often seen as a slur to practicing Hindus due to its origins.

Protestant bias, animosity towards Jews, and for some, a racial quest to discover a superior, Aryan identity, largely colored European approaches to studying Hinduism. As a result, “Brahmins,” the priests who were the torchbearers of Hindu teachings and traditions, were equated with their Jewish counterparts, and similarly demonized.

The term Brahminical, prior to its invention by Europeans, is found nowhere in the Hindu textual tradition, nor used by Hindus to define, describe, or understand their traditions. Nonetheless, the term was cemented by Europeans and colonists in order to “‘learn to see through’ ‘traditional explanations’ of the Ṛgveda and replace them with ‘better ones,’”** thereby robbing Hindus of agency.

That most modern scholars, including many of Indian origin, uncritically perpetuate the term Brahminism and its derivatives, is a form of neo-colonialism that needs to be discarded as not only unscholarly, but anti-Hindu and anti-Semitic.

Moreover, the phrase “Smash Brahminical Patriarchy” appears on a poster bearing the logo of Equality Labs, an American outfit founded by anti-Hindu activists that on live televised public testimony to the California State Board of Education made their position on Hinduism clear: “It’s only after I came to the United States that I learnt about what an oppressive construct Hinduism is.”

Knowledge of this history and context should provide Mr. Dorsey and Twitter a better understanding of why his holding up the placard has elicited such a strong reaction from Hindus across the globe.

* Related terms and alternate spellings include Brahminism and Brahmanism