Hindu Americans Shocked by Tragic Riots in Bangladesh on Diwali 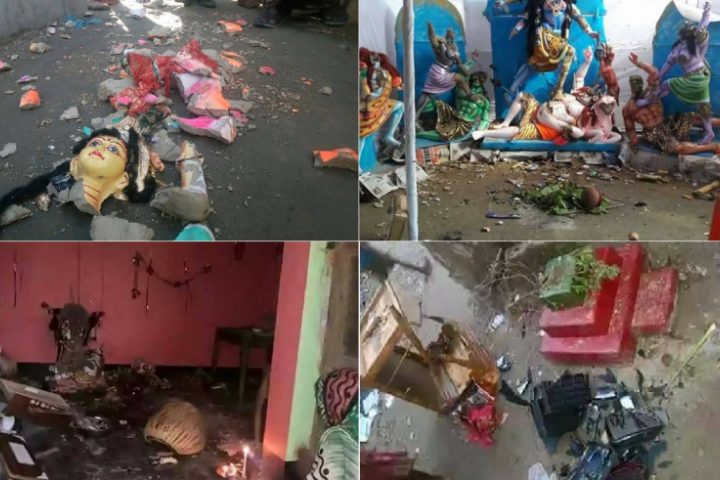 Washington, DC (October 31, 2016) — The Hindu American Foundation (HAF) was shocked by the news of rioting in Brahmanbaria, in the eastern part of Bangladesh, instigated by an alleged Facebook post that reportedly mocked an Islamic pilgrimage site. A local representative of the Bangladesh Hindu Buddhist Christian Unity Council said more than fifteen temples were ransacked by a rioting mob of hundreds of men, injuring at least 150 people on the day of Kali Puja, the Bengali traditional observance during the Hindu festival of Diwali. Other media reports place the figure of temples looted and damaged slightly lower.

Bangladesh police authorities named several Islamist groups operating in Bangladesh as the main culprits for instigating the violence, including Jamaat-e-Islami and Hafezat-i-Islam. Local police have also said they have apprehended Rasraj Das, who allegedly created the Facebook post in question and whose death was demanded by Islamists in the region.

“HAF is shocked and disappointed by the news of the riots in Bangladesh, especially occurring on the auspicious day of Diwali for Hindus around the world,” said Jay Kansara, HAF Director of Government Relations. “Religious violence in Bangladesh seemed to have recently subsided due to the efforts of Prime Minister Sheikh Hasina’s government in cracking down on terrorists and extremists in the aftermath of the Dhaka cafe attack. However, it is now apparent that the government must renew its vigilance and should direct its current investigation towards apprehending the perpetrators of such mass rioting, instead of focusing on the individual who created the Facebook post.”

HAF has extensively documented religious violence and discrimination against the Hindu minority in Bangladesh in its annual human rights report.