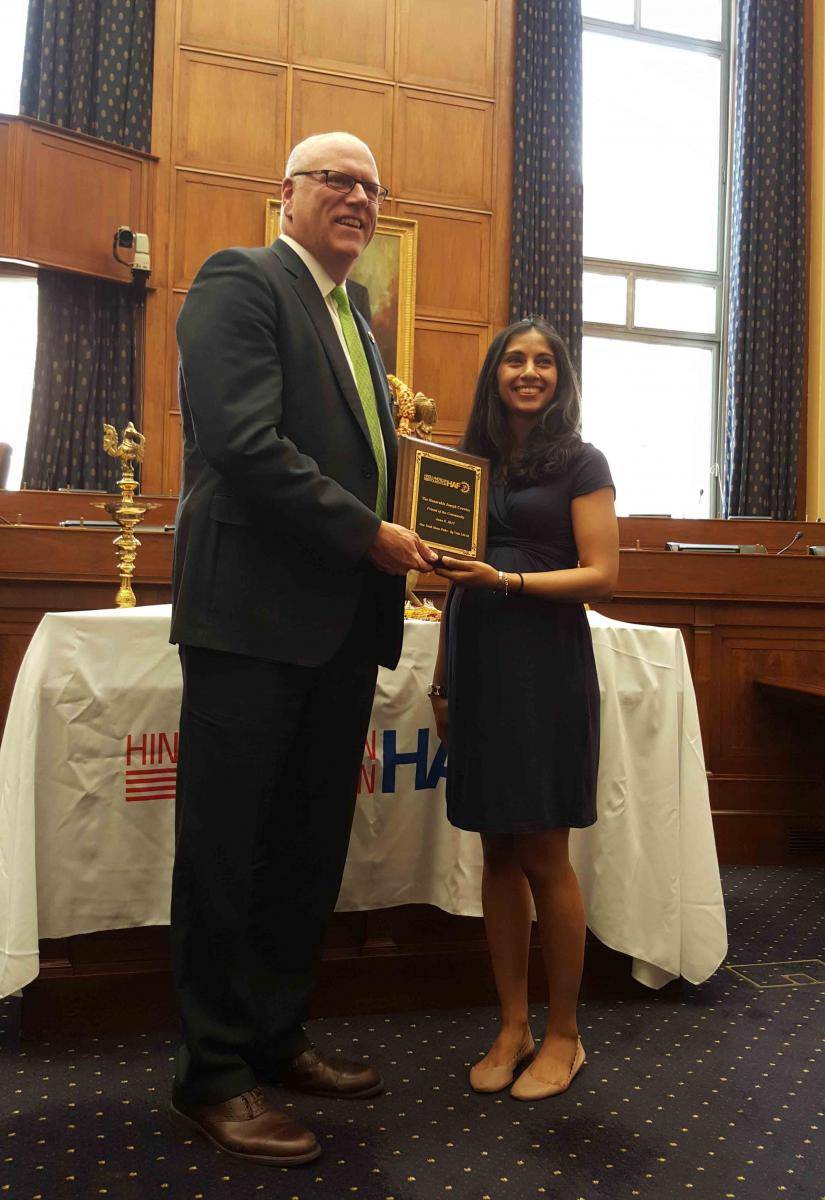 Members of Congress gathered with leaders of the Hindu community to discuss and celebrate the community’s accomplishments at the Hindu American Foundation’s (HAF) 12th Annual DC Days Reception today. The reception capped a day of legislative advocacy by HAF’s delegation, composed of prominent Hindu American leaders and representatives of the Bhutanese Hindu American community from across the country.

“It’s a proud moment to see the continued progress that the Hindu American Foundation has made over a short period of time, and the great poise that this organization and its constituents have.” noted Rep. Tulsi Gabbard (D-HI), who is the only Hindu serving in Congress today.

The delegation highlighted three primary issues in their meetings: protecting the rights of religious minorities in Bangladesh, preventing the expiration of the Religious Worker Visa program, and preserving social security benefits for refugees fleeing religious persecution.

“HAF’s legislative priorities are informed by the needs of the Hindu American community,” noted Jay Kansara, HAF’s Director of Government Relations. “We were fortunate to have in our delegation experts on the deteriorating situation in Bangladesh and leaders in the Bhutanese refugee community who could speak personally to our issues.”

The evening reception, which drew over 200 guests, included two Senators, ten Representatives, ambassadors, and agency officials. The keynote address was given by U.S. Surgeon General Vivek Murthy, a Hindu American who received HAF’s Pride of the Community Award. Murthy spoke on his connection to his Hindu faith, noting the inspiration he drew from the life of Swami Vivekananda.

“Reading the story of a man who…had dedicated so much of his life to serving the world, who looked at spirituality and saw it, not just as an individual pursuit, but as something that we do in service to the world,” Murthy noted. “I came back that summer inspired by his ability to take spirituality and express it through service.”

“If you look at the issues that…our world confronts, we should be working closer as Americans…on what we can do to address problems that we both face as Americans and as Hindu Americans,” noted Rep. Scott Perry (R-PA). “For the issues that are important to you, this is America, be heard.”

HAF’s Advocacy Days concluded with a Congressional briefing, entitled “Bengal Burning: The Murder of Avijit Roy and the Escalating Crisis in Bangladesh”, outlining the dangerous situation in Bangladesh for Hindus, atheists, and other religious minorities.