Politics Aside: Staffers 'Reach Across the Aisle' at HAF's Yoga on the Hill Day - Hindu American Foundation

Politics Aside: Staffers ‘Reach Across the Aisle’ at HAF’s Yoga on the Hill Day 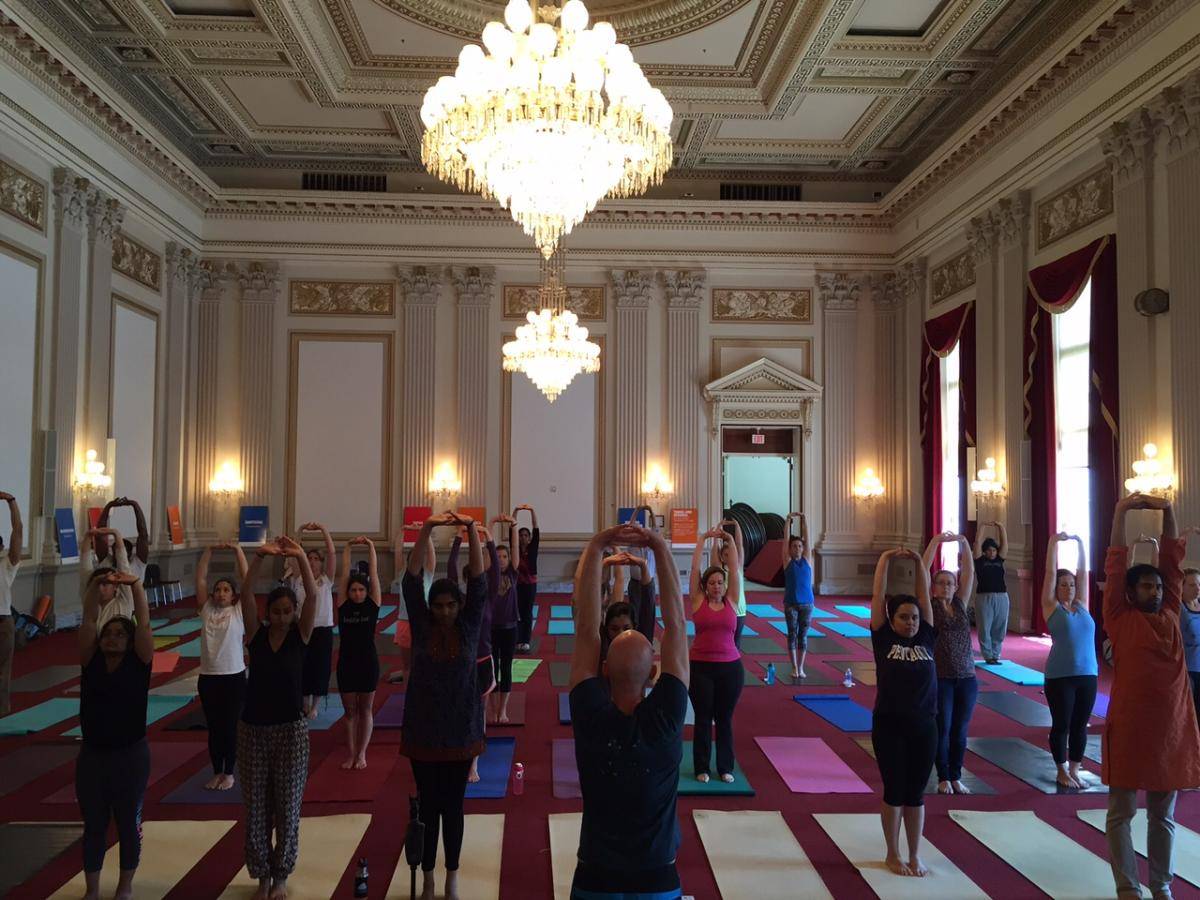 “Before we move onto the filibuster pose, where you do nothing, we’ll go to the ‘reaching across the aisle asana’. If you’re a Democrat, pair up with a Republican, and vice versa,” instructed Eddie Stern, renowned Ashtanga yoga teacher, as over 50 Congressional staffers and DC insiders stretched over to their partners. The exercise took place in the Cannon Caucus Room today at the Hindu American Foundation’s (HAF) Yoga on the Hill Day. The consecutive yoga sessions were in celebration of International Yoga Day, initiated by Prime Minister Narendra Modi of India and declared by the United Nations General Assembly upon the unanimous consent from member countries.

“It’s been a great weekend of celebration and a real opportunity to help spread awareness of the true meaning of yoga,” Rep. Gabbard stated. “While the physical benefits of yoga are well known, there are deeper understandings of yoga that can help us recognize our true divinity.”

Participants took part in one of two thirty minute long yoga sessions, led by Stern. Before and after the session, they were encouraged to contemplate on the broader teachings of yoga, as detailed in a visual exhibit prepared by HAF. Karthik Krishnamurthy, a local volunteer from the Art of Living Foundation, led a guided meditation session to complement Stern’s asana course.

“It was an honor to celebrate International Yoga Day on Capitol Hill and bring together Congressional offices, irrespective of partisan affiliation,” said Sheetal Shah, HAF’s Senior Director. “While yoga’s recent publicity has come at the behest of India’s Prime Minister, the Hindu American Foundation, through the Take Back Yoga project, has long been educating the public about the origins and intricacies of yoga as a holistic practice that extends far beyond the physical posture, or asana.”

HAF’s Yoga on the Hill Day was held in partnership with the Embassy of India, Art of Living Foundation, and Sonima Wellness.