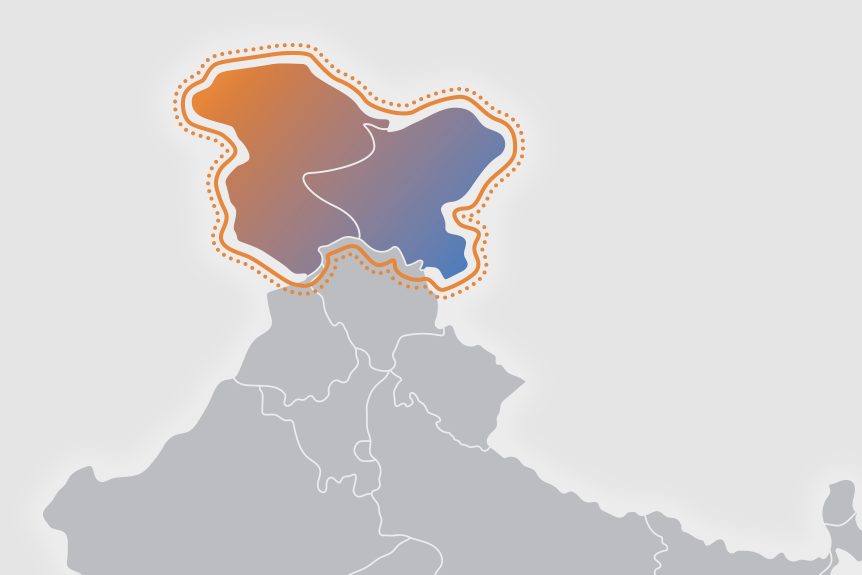 Last week HAF sent the following letter to the editor of Caravan Magazine (New Delhi) expressing our grave concerns about an upcoming article on the political activity of Hindu Americans, including at least one of our co-founders. Three days later we have yet to receive any reply to our concerns expressed below.

We write to you to express concern regarding several individuals, ostensibly representing Caravan Magazine, who have reached out to one of our board members, our offices, Hindu American Foundation (HAF) supporters, and partner organizations misrepresenting themselves as well as the purpose of their respective inquiries.

Prior to any HAF representatives responding to the questions provided, the Foundation seeks clarification as to whether these aforementioned individuals are working on the same purported news story, as well as the scope of said subject matter.

Is the proposed story about “political activism of Indian Americans” as represented by one of your representatives? Or is it about “contributions made by the Indian Diaspora towards Narendra Modi’s win” as represented by two other of your representatives? Both are very different stories, governed by the election laws and norms of two different nations. Both entail a responsibility and commitment to publishing only verified facts and abstaining from any and all false allegations, and thus we seek your assurance to this end as well.

The following chain of events compel us to ask the above questions:

Even beyond the conflicting representations made by three individuals claiming to be journalists for Caravan, we seek to better understand the basis or expertise upon which Caravan has retained Pieter Friedrich. We have numerous concerns about Friedrich’s objectivity and subject matter expertise.

Friedrich has publicly stated on a variety of fora, including his website, that he is a “South Asia analyst.” But he provides not a single credential to corroborate what appears to be a self-appointed qualification. No university degrees earned or attempted, fellowships completed or associations with think tanks or policy-making institutions are offered. No employment in a governmental body or media entity is provided. A comprehensive search for any of these qualifications for Friedrich in fact yield nothing. Instead, one finds two self-published books, with no history of peer review, and a litany of argumentative, biased, and slandering posts on online portals, along with apparently homemade videos uploaded to social media sites.

Moreover, what is amply available as to Friedrich’s antecedents is a long track record of activism with a group called Organization for Minorities of India (OFMI).

Advocacy journalism has a long tradition, but Friedrich’s involvement with OFMI seriously blurs the line between writing a story and being the story — and that too without disclosing his dual role as activist and author.

OFMI was founded by Bhajan Singh Bhinder, who was the subject of an undercover United States Customs Service investigation for trying to purchase C-4 plastic explosives, M-16s, AK-47s, grenade and rocket launchers, and Stinger missiles in support of the Khalistan terrorist movement in India. The two individuals who are most frequently quoted as speaking on behalf of OFMI are a Bhajan Singh Bhinder and Pieter Friedrich. Bhinder has also reportedly served as a spokesperson for Sikh Youth of America, a radical organization that glorifies Sikh terrorists and has alleged ties with the International Sikh Youth Federation, a US Department of State designated terrorist organization under E.O. 13224.

There is also evidence of misleading and counterfactual presentations he has made purportedly on Hinduism, though they are more about Indian politics and his effort to conflate the two.

Any scholar of Hinduism or Hindu layperson would attest to the inaccuracies presented by Friedrich as well as his complete lack of competency in presenting about Hinduism, especially to audiences unfamiliar with the traditions. His presentations about Hinduism to American audiences are laden with precisely the kind of misinformation and stereotypes that have led to relentless bullying of Hindu American children, and discrimination and violent hate against Hindu Americans.

Friedrich has attended OFMI-hosted protests promoting hate speech against Hinduism and Hindu symbols, including denigrating the Hindu respect for cows through slogans and signs such as:

“Don’t throw a fit but cow culture is bullshit.”
“We don’t drink pee in the land of the free.” 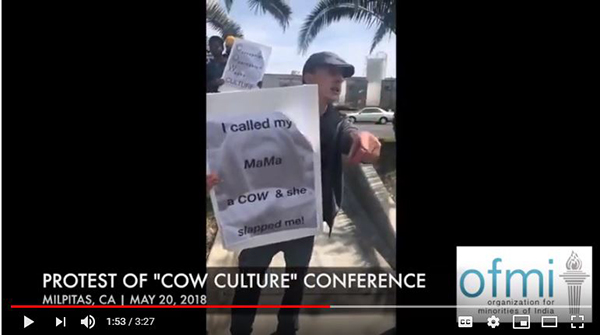 He, under OFMI’s banner, has also dedicated considerable time and resources on campaigns to force the removal of Mahatma Gandhi statutes across US, making outlandish yet easily refuted claims that the icon of the non-violence movement “allied himself with Adolf Hitler.”

He has also promoted an absurd equivalency between the Rashtriya Swayamsewak Sangh and the white supremacist Ku Klux Klan.

Lastly, as indicated in the images included here, Friedrich has led aggressive, public protests and online attacks against Congresswoman Tulsi Gabbard and other Hindu American congressmen, alleging foreign funding, dual loyalty, and their promotion of violence against minorities in India without any evidence and, worse yet, contravening publicly available evidence to the contrary. 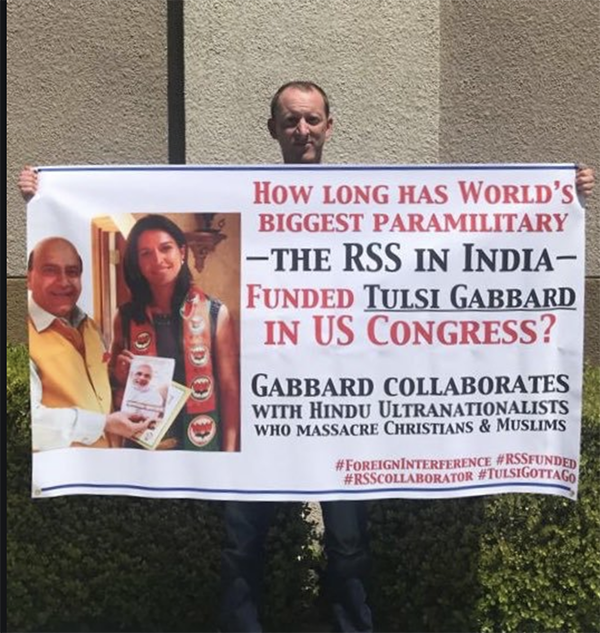 Pieter Friedrich, thus, can hardly be described a neutral observer or even simply an opinionated reporter.

Friedrich, rather, is an activist who not only associates with, but promotes the ideology of those who espouse violent separatism in India—all facts that are a matter of public record.

Regardless of Caravan Magazine’s ideological lens, we hope that you will take seriously your responsibility to ensure basic journalistic ethics where staff are required to represent themselves and their objectives truthfully, and that those that your magazine retain have some semblance of credibility and objectivity on the topics they wish to report upon.

Finally, as always, any false and defamatory statements made about HAF, its board members, staff, and/or supporters that appear in a Caravan publication may be subject to relevant and appropriate legal action.

As mentioned above, prior to responding to Mr. Friedrich’s questions, we look forward to your clarifying response to the questions we’ve posed.