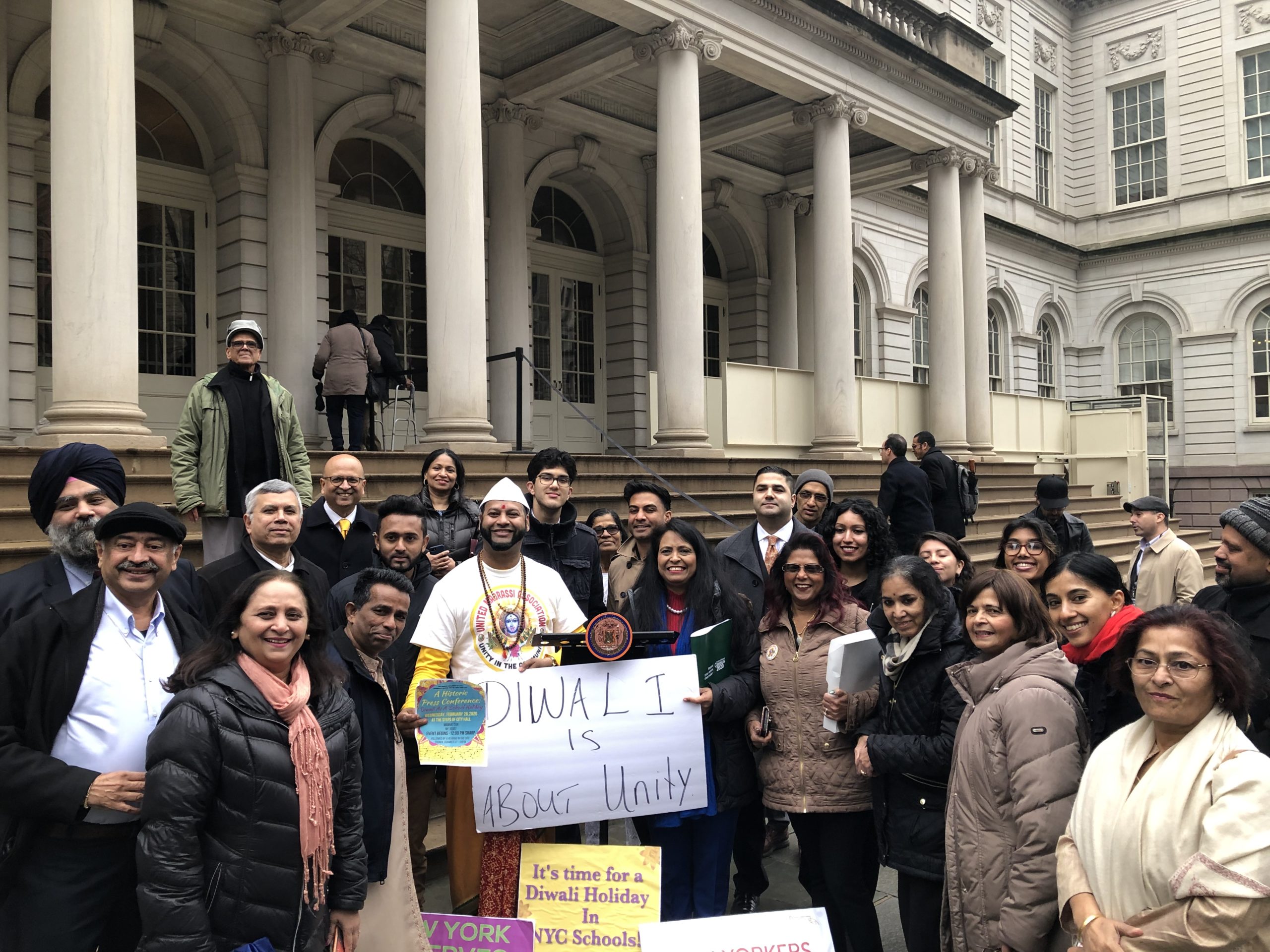 Last week, the Hindu American Foundation submitted written testimony to the New York City Council in support of Resolution 146, which calls “upon the New York City Department of Education to establish Diwali as an official holiday for New York City public school students.”

“It’s time for New York City to finally recognize Hindus, Jains, Sikhs, and Buddhists, alongside other faiths, who aren’t forced to choose between attending school or celebrating their religious holiday,” Shah said. “It’s great to be a part of a broader, local coalition.”

Diwali, is a five-day festival that begins on the 15th day of the Hindu month of Kartik (October/November). It is the most important festival on the Hindu calendar, celebrating the triumph of good over evil and marking the New Year.

“We assembled on the steps of City Hall as one, larger South Asian Community to speak out in one voice,” stated Dr. Neeta Jain, Founder and President of International Ahimsa Foundation. “By doing so, New York City will give our children the same respect as their peers without fear of discrimination, without hurting their self respect,” she said.

The Hindu American Foundation has launched an email campaign, available on HAF’s Advocacy Center, making it easy for New York City residents to write directly to Mayor Bill de Blasio urging him to call on the New York City Department of Education to establish Diwali as an official holiday.