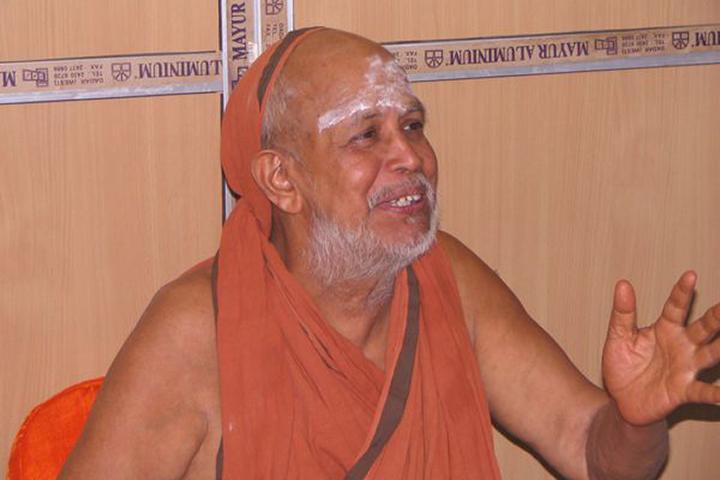 Washington, DC (March 2, 2018) — With the passing, at age 82, of Jagadguru Shankaracharya Shri Jayendra Saraswati Mahaswamigal, the 69th Shankaracharya Guru of the Kanchi Kamakoti Peetham, the Hindu American Foundation offers the following appreciation of his life and work.

“Sri Jayendra Saraswathi ably carried forward many of the sacred missions entrusted to him by his legendary predecessor Sri Chandrasekharendra Saraswathi, such as the continued preservation and propagation of Vedic knowledge and traditions. In addition, he was a trailblazer for the Shankaracharya institution in terms of his outreach to Dalits and lower castes, as well as in building and inspiring numerous educational and healthcare institutions that provide free or subsidized care to the poor.” — Swaminathan Venkataraman, HAF National Leadership Council Member

Sri Jayendra Saraswathi touched the lives of thousands of Hindu Americans by establishing the Kanchi Kamakoti Seva Foundation. In New Jersey, this center cultivates current and future generations of lay leaders in the Adi Shankaracharya tradition while deploying mass resources in the United States and India for community service initiatives.

Sri Jayendra Saraswathi was interred at Kanchi Math on March 1, next to the previous head of the monastery, with a lingam—the simplest and most ancient symbol of Lord Shiva— to be installed over the burial and consecrated, turning the site into a permanent shrine. Though cremation is usual for Hindus, sannyasis (those who have renounced ordinary life to pursue the Divine) are often buried. More than 100,000 people are reported to have visited to pay their respects to the departed spiritual leader.