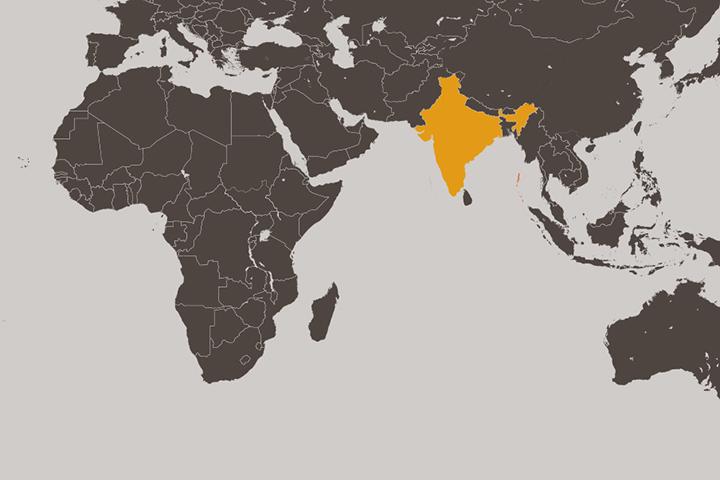 The report, Constitutional and Legal Challenges Faced by Religious Minorities in India, rather than being written by USCIRF staff, was outsourced exclusively to writer-activist Dr. Iqtidar Karamat Cheema (pictured above), raising serious questions about the Commission’s credibility and transparency, Foundation leaders asserted.

“USCIRF has failed to justify its intentions of this report on India prima facie based on the sources cited and findings presented,” said Samir Kalra, HAF Senior Director. “Though previous special reports published by USCIRF on religious extremism within Pakistan’s textbooks have been deemed insightful by HAF leaders, this recent report does not meet the standard of those reports and in the context of India’s pluralistic democracy, the report’s author simply cites what have become known as ‘alternative facts’.”

HAF takes issue with many facets of the report, including:

“The report treads on known grievances previously raised by USCIRF,” says HAF Executive Director Suhag Shukla, “But this report’s egregious display of Hinduphobia in linking caste-based discrimination to the Hindu religion is unprecedented, and must be condemned.”

In addition the specific content of the report, its authorship is suspect. Rather that being written by or with the credited assistance of USCIRF staff, the Commission has relied on the work of Dr Iqtidar Cheema, a British activist who has been previously honored by several Pakistani government bodies, consistently advocated for Pakistan’s foreign policy objectives, and endorsed various organizations striving for a separate Sikh state of Khalistan—including support of the Babbar Khalsa, a terrorist organization banned by the United Kingdom and India.

“How could USCIRF outsource a report harshly critical of India, one of the most important democratic allies of the United States, to an activist with a history of supporting separatist causes against India that too often employ terrorism against innocent civilians?” Shukla queried.

Full analysis of “Constitutional and Legal Challenges Faced by Religious Minorities in India,” is available here:

A letter to the Commissioners asking for a full retraction of its deeply flawed and error-filled report can be found here.

**NOTE: In 2013, USCIRF released its annual report with an incorrect map of India in which Jammu & Kashmir and Ladakh were excluded.  USCIRF staff corrected the error once notified by HAF. However, for the annual reports for both 2015 and 2016, USCIRF once again opted to include maps of India which exclude areas that have been occupied by China and Pakistan. The image above is from that 2016 report and is included only as representation of how USCIRF represents the region.**