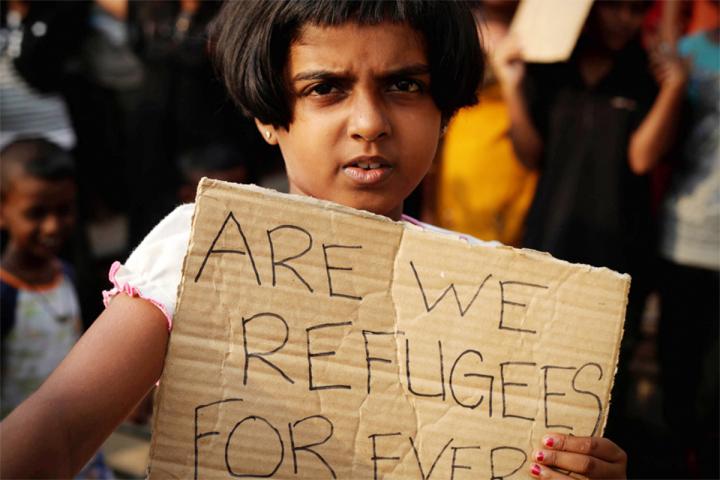 HAF’s legal team stated that while the Foundation understood the Trump Administration’s desire for diligent and extensive vetting of people entering the US from the nations that the Obama Administration identified as being potential sources of terrorist threats, even a temporary ban on the entry of all refugees, as well as those individuals already holding valid immigrant or nonimmigrant visas from these seven Middle Eastern and North African countries risked harm to innocent people.

The Foundation found equally troubling reports that relevant agencies were not consulted nor provided advance notice by the Administration. That in the earliest hours, valid green card holders were detained indicated a disregard for how the order would actually be implemented by immigration officials, HAF staff attorneys asserted.

HAF Executive Director, Suhag Shukla, Esq. noted that whether the Administration ultimately pushes to construct a new system or better enforce current regulations to vet refugees and visa applicants, implementing any sort of religious preference for admittance would be fundamentally unconstitutional and any permanent blanket ban based on national origin would be illegal.

“Though the wording of the executive order does not express a preference for adherents of one particular religion,” said HAF Senior Director Samir Kalra, Esq., “President Trump’s statements immediately after signing, in which he emphasized that Christian refugees would carry priority, does elicit serious concerns.” Kalra also echoed the condemnations of several Christian leaders and organizations regarding the religious test implicit in the executive order.

“From Yazidis in Iraq to the Ahmadiyyas in Syria,” Kalra further noted, “diverse populations and communities in several countries are in grave danger today.” The Foundation reports annually on Hindus and other minorities who face catastrophic risks in Pakistan, Bangladesh, Bhutan, Afghanistan, and many other countries.

HAF’s staff lawyers also expressed concern that the issuance of these broadly worded executive orders risked unforeseen human rights consequences, as well as the potential of destabilizing established productive relationships with other nations.

Both Shukla and Kalra voiced agreement with a joint statement released by senior Republican Senators John McCain and Lindsey Graham emphasizing that the executive order risked becoming a “self-inflicted wound in the fight against terrorism.”

Going forward, HAF stressed that it would continue to work constructively with policymakers on both sides of the aisle in the spirit of strengthening America’s pluralistic society. They also would work with interfaith and civil society advocates to ensure that the rights of all Americans are protected, Kalra emphasized.