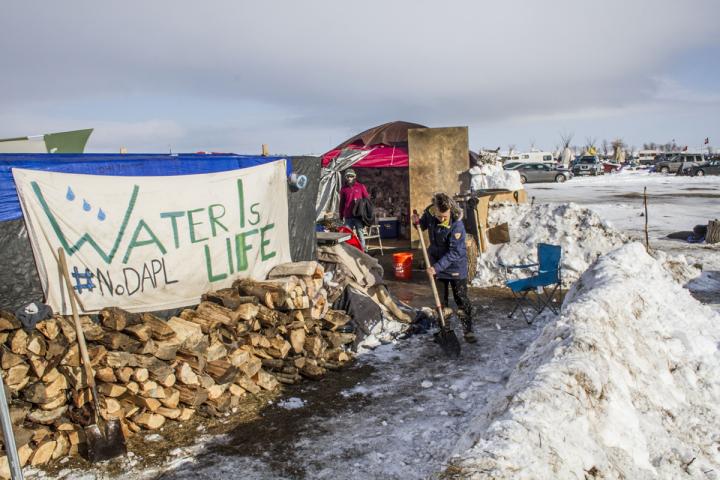 “In pushing forward the construction of the Dakota Access pipeline, President Trump has disregarded the religious rights and sovereignty of Native Americans, as well as environmental protection,” said Mat McDermott, HAF Director of Communications.

The $3.8 billion project, which was the scene of long and sometimes violent protest throughout 2016, and many allegations of police misconduct and targeting of journalists, was halted by President Obama in December. Originally, the route of the pipeline was to pass near Bismarck, North Dakota, but this route was moved so as not to endanger the water supply of the state capitol. It now passes through land of the Standing Rock Sioux. When completed, the 1,172 mile long pipeline will carry roughly 470,000 barrels of oil daily.

A just-released report by the US Department of Energy showed that it is renewable energy, not fossil fuels, that are driving growth in the energy industry. Last year of the 300,000 net new energy-related jobs, some 73,000 of these were from solar power, with energy efficiency jobs rising by 133,000. Wind power too showed significant increases.

When completed the Dakota Access pipeline is expected to create 40 new jobs, for operations along the entire length of the pipeline.

“If the President is true to his word about wanting to create a more energy independent nation, as well as create more jobs,” McDermott added, “the solution is greater support and investment in renewable energy—not further dangerous expansion of fossil fuel infrastructure.”