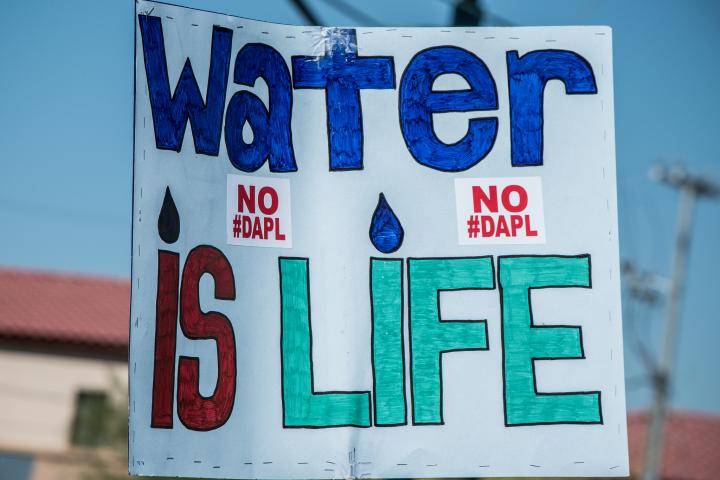 Washington DC (December 1, 2016) — Leaders of the Hindu American Foundation (HAF) express their solidarity with Native American groups fighting for the protection of their sacred sites and natural resources currently under threat from construction of the Dakota Access pipeline.

In attempting to halt the Pipeline, Native Americans have constantly referred to protection of the “water of life” and the demonstrators have been dubbed “water protectors.”

“Such a perspective resonates deeply with Hindu sensibilities and is reason for more Hindus to come forward in support of Native Americans at Standing Rock,” notes Mat McDermott, HAF Director of Communications. “Traditionally, our rivers are described as Goddesses, the River Ganga first among them. Our mountains too are sacred, manifestations or abodes of Divinity.”

Native American beliefs are similar here as well, with mountains and other natural features seen not merely as landscape or natural resources for our consumption, but inherently spiritual places. Among the world’s extant religions, Hinduism is one of few, and the largest, whose adherents enter into this relationship with the natural world.

Hinduism also shares a parallel history with Native American traditions in that our traditions have been historically actively denied their spiritual worth and practices suppressed by colonizing peoples — primarily by European peoples in the expanding United States, and most recently by the British in their rule over the Indian subcontinent. Both Hindus and Native Americans have a shared history of negative and hurtful encounters with missionaries and forced or coerced conversions, some of which continues to this day.

“In determining the fate of the Dakota Access pipeline, government authorities and developers have a duty to recognize the historic oppression of Native American peoples as well as their right to maintain their spiritual practices,” added McDermott. “If construction of an energy infrastructure project posed a threat to a cemetery, a church, temple, or mosque, it is hard to imagine that there would be any controversy that such a project must be abandoned or adjusted—Native Americans deserve the same discretion and understanding.”