Atrocities Committed Against Kashmiri Pandits Must Not Be Forgotten 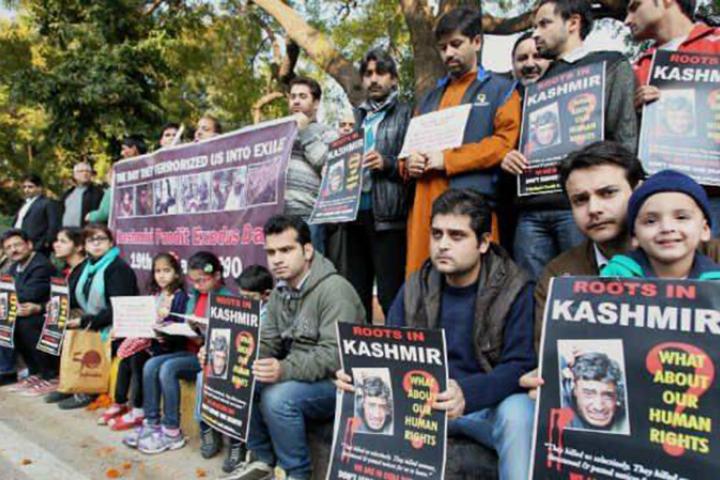 Washington, DC (January 19, 2017) — Today marks the 27th anniversary of the exile of the Hindu Kashmiri Pandit community from the Valley of Kashmir. The event was the culmination of a multi-year ethnic cleansing of Kashmir by a Pakistan-sponsored insurgency in order to change the Indian state’s demographics. Between 1989 and 1991, over 95% of the Valley’s indigenous Hindu population was forced out through a targeted campaign of killings, rapes, threats, and destruction of property and religious sites. Since then, thousands of displaced Pandits have lived in camps in Jammu and in New Delhi, with successive governments failing to safely rehabilitate them in the Valley.

On this anniversary, Hindu American Foundation (HAF) Senior Director and Human Rights Fellow Samir Kalra said, “The brutal ethnic cleansing of the Kashmiri Pandit community 27 years ago remains one of the darkest chapters in India’s modern history. The central and state government’s failure to officially recognize them as Internally Displaced Persons and allow them to return to their homeland with the full dignity, security, and civil rights that they deserve only amplifies this tragedy.”

This story is seldom if ever in the international human rights spotlight and equally as seldom mentioned in present day discussions of the ongoing and renewed strife in Kashmir. The stories of the Kashmiri Pandit community should not be lost to history. As with other incidents of ethnic cleansing, throughout the world, it is imperative that the voices of those people who survived be preserved.

“It’s imperative that the atrocities committed against the Pandit community be recorded for future generations to study and learn from, so that such incidents can be prevented in the future,” HAF Board Member Rajiv Pandit, himself born in Kashmir, added. “Such a record would be a critical resource for historians and researchers seeking to shine a light onto this humanitarian tragedy.”

For more information on the history of the conflict in Kashmir, please download HAF’s one-page policy brief on the issue: History of the Kashmir Conflict [PDF]