5 things to know about Hanuman
EducationThings To Know

5 things to know about Hanuman 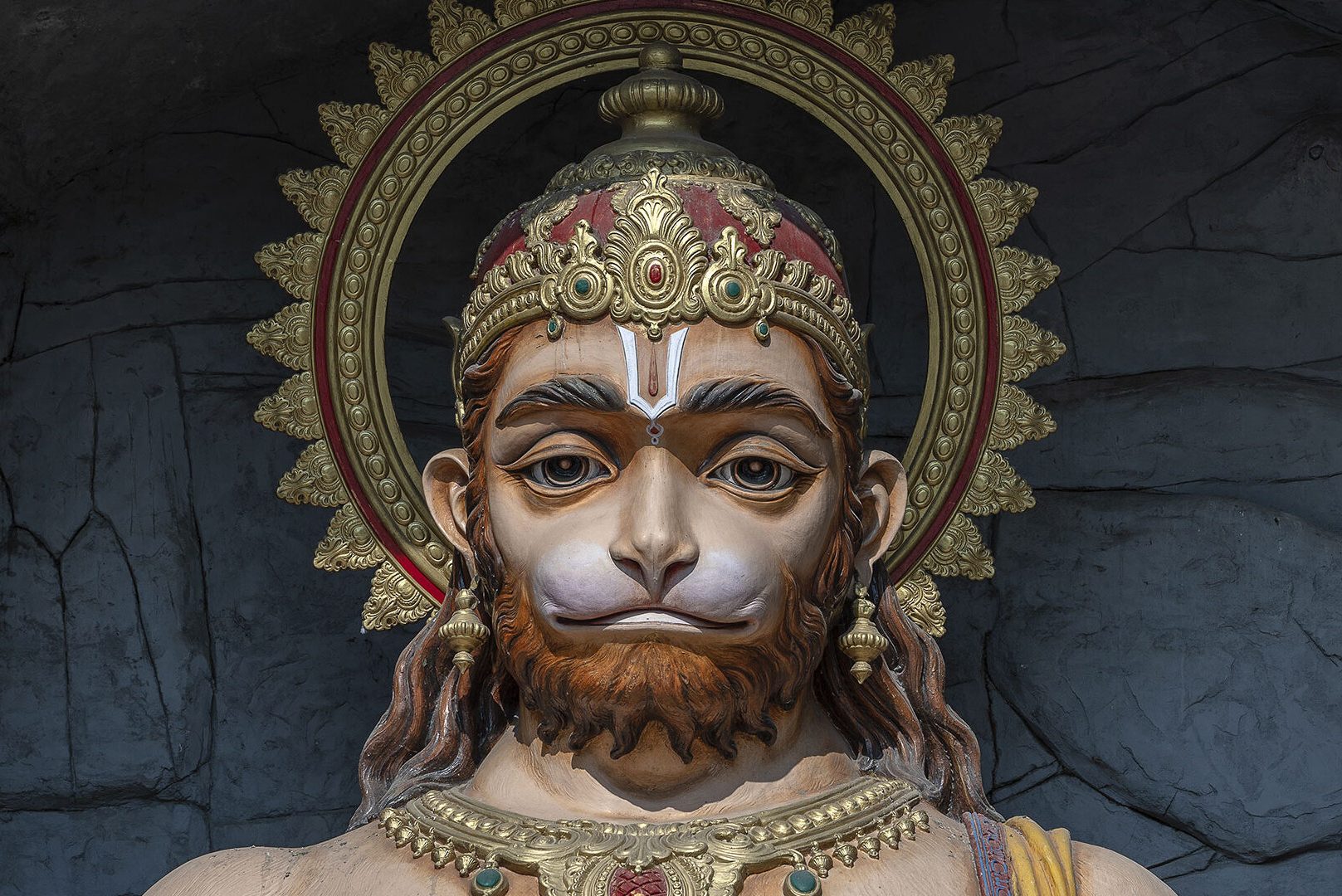 1) He is the personification of dedication and devotion

Among the most popular divinities in the Hindu pantheon, Hanuman and his story have been adapted by numerous cultures throughout the ages. The oldest rendering, however, is found in the Sanskrit Ramayana of Sage Valmiki, who is believed to have lived in India thousands of years ago.

One of Hinduism’s great epics, The Ramayana tells the tale of the exiled Prince Rama (an avatar of Vishnu) who journeys across the ocean to rescue his wife Sita from the power-hungry king Ravana.

In the quest to rescue his wife, Rama, along with his brother Lakshman, ally with an intelligent monkey warrior race known as Vanaras, amongst whom is Hanuman. As Hanuman exhibits extraordinary abilities in Rama’s service throughout the adventure, including speed, strength, courage, and wisdom, the friendship between the two develops and deepens, proving ultimately that Hanuman’s greatest ability is, in fact, his incredibly staunch loyalty and devotion.

In depiction of this devotion, he is often portrayed kneeling with folded hands in front of Rama, Sita, and Lakshman, or pulling apart his chest to reveal an image of Rama and Sita where his heart should be.

A perfect combination of bal (strength), buddhi (intelligence), and vidya (wisdom), he is the exemplary bhakti yogi, or one who fearlessly uses his gifts to connect to the Divine through sincere loving service.

Though multiple versions, with varying details, exist of Hanuman’s birth, a common telling centers around a Vanara named Anjana who worshiped Shiva for a son. Pleased by Anjana’s prayer and penance, Shiva sent his divine power and blessing through Vayu (the wind god) into Anjana’s womb.

Though Hanuman has all of these abilities, they are all byproducts of the ultimate goal of yoga, which is to connect to the Divine. Being a perfect yogi, he therefore employs them not for the satisfaction of his own senses, but in the service of the divine Rama.

Once, as a young child, thinking the sun to be a fruit, Hanuman sprang upwards with outstretched hands in hopes of grabbing it. Blessed with the potency of his divine father Vayu, he soared through the air, getting closer and closer to his goal.

Threatened by his power, Indra, the king of heaven, struck Hanuman down with a thunderbolt, sending him hurling back to the ground where he laid unconscious. Enraged by the sight of his seemingly lifeless son, Vayu withdrew the movement of air necessary for life’s sustenance throughout the universe.

Desperate to prevent cosmic disaster, the gods approached Brahma, the engineer of the universe, for help. Understanding Hanuman to be an exalted devotee of Vishnu who would eventually aid Rama in defeating Ravana, Brahma revived the child, after which all of the most prominent gods blessed him with special abilities, thus pacifying Vayu.

Named for the broken jaw he incurred from the impact of his fall (hanu means “jaw” and man means “prominent”), Hanuman’s name is a reminder of the precarious nature of unbridled power, and how it can often result in dangerous consequences when unguided.

4) He was cursed to forget his powers

Mischievous in his youth, Hanuman would often bother the temple priests and sages by disrupting their sacrificial ceremonies in various ways. Angered by Hanuman’s antics, they eventually cursed him to forget his powers until he was reminded of them by another.

It wasn’t until years later, when Hanuman was helping Rama search for Sita, that the knowledge of his powers were restored to him. Having discovered that Sita was being held captive across the ocean in Sri Lanka, the Vanaras wondered who among them could leap over the sea to reach Ravana’s kingdom.

Aware of his divine origin and childhood, Jambavan, an intelligent bear king who was helping the Vanaras, began describing Hanuman’s true power to all who were present. As Jambavan finished his speech — effectively ending the sages’ curse — Hanuman, remembering his prowess, stood up, and with a great roar, made his declaration to perform the task. Expanding his body to 50 times its normal height, he squatted down, and then sprang forth with immense energy.

Today, Hanuman’s energy is commonly invoked by practitioners of Kushti (a traditional form of Hindu wrestling practiced in the Indian subcontinent), while his leap across the ocean is paid homage to in yoga as a pose called Hanumanasana (the splits).

5) He exists wherever Rama is glorified

Shortly after Sita was successfully rescued, and it was time for Rama and the Vanaras to part ways, Hanuman, who couldn’t bear the idea of their separation, fervently prayed that his affection for Rama would never dissipate. As long as Rama’s pastimes were being told on earth, Hanuman wanted to remain alive so he could continuously hear them. By constantly relishing Rama’s glories, Hanuman felt he could endure the pain of not personally being with him.

Of course, because the Divine is beyond any sort of material designations, Hanuman is never truly apart from Rama. On the spiritual level, constant remembrance of Rama is no different than his personal association. The pain of separation from Rama, in fact, can often cause one to become even more absorbed in thoughts of his divine qualities — a phenomenon known as samadhi — thus deepening one’s spiritual connection to him.

Devotees of Rama thus pray to Hanuman so that they can also attain such a connection. Every year on Hanuman’s birthday, many recite the Hanuman Chalisa, one of the most popular devotional hymns to Hanuman, in hopes of invoking the Vanara’s strength, not just in material endeavors, but most importantly, in spiritual ones.

To truly be a recipient of Hanuman’s blessing, however, it’s encouraged to regularly discuss the pastimes of Rama, for the Vanara is said to be present wherever the king of Ayodhya’s glories are being narrated.