5 things to know about Onam
EducationThings To Know

5 things to know about Onam 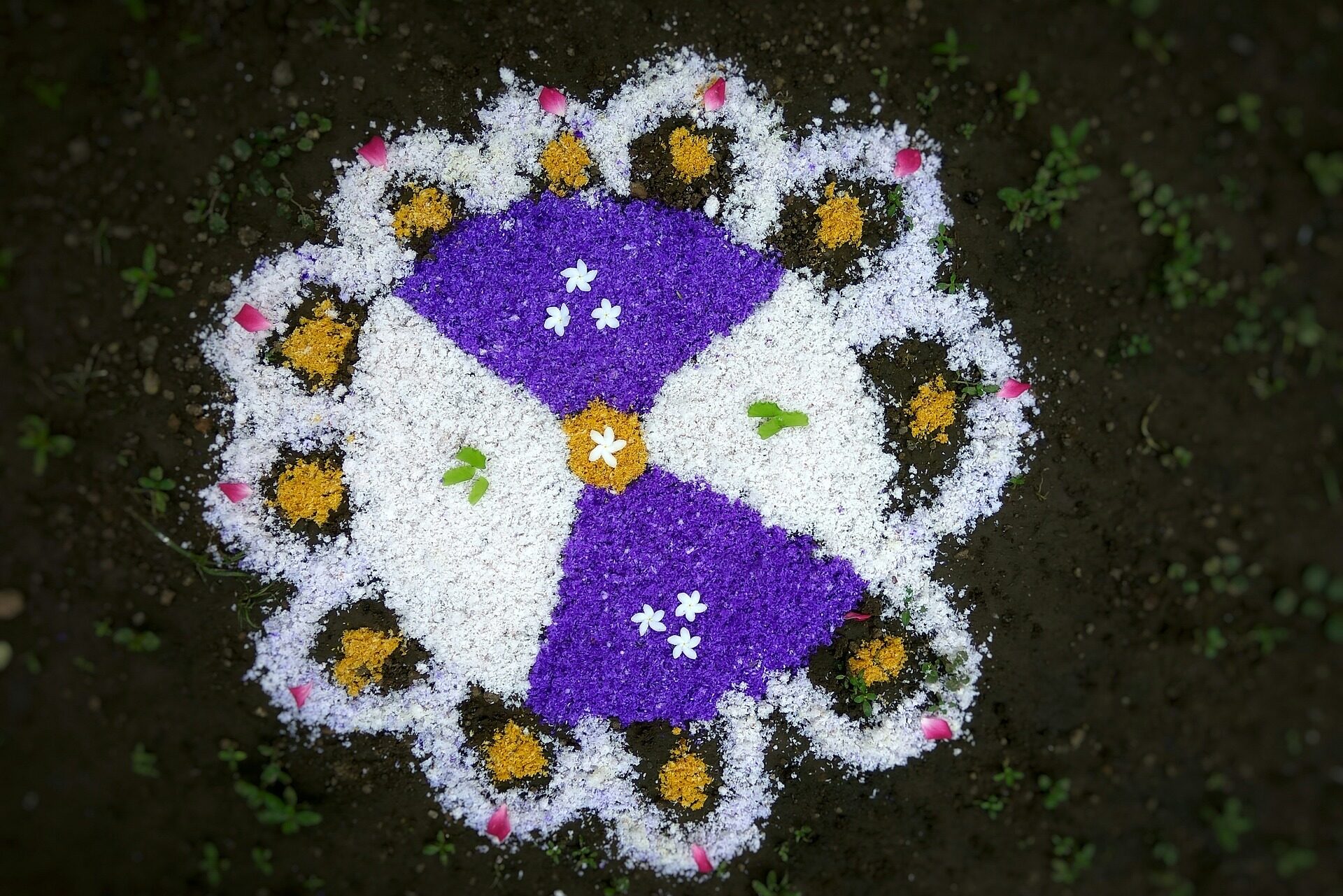 1) Onam is the state festival of Kerala

While predominantly a Kerala observance, people of other regions, including Uttar Pradesh, Gujarat, and Maharashtra, also honor its significance, while Malayali’s across the world celebrate from afar.

Furthermore, Kerala is a multi-religious state that’s home to significant Christian (approximately 18 percent) and Muslim (approximately 25 percent) communities, both of which join in on the celebrations. Onam, like all Hindu holidays, is thus open to people of all backgrounds who wish to participate.

Like many other Hindu holidays, there are multiple legends associated with Onam. The most common is the story of King Mahabali and his extraordinary qualities of selflessness and devotion.

A dynamic king, Mahabali famously gained power and dominance by defeating the gods and taking over the universe. After their defeat, the gods went to Vishnu, the maintainer of the universe, and asked him to join them in their fight against Mahabali. Vishnu, however, understanding Mahabli’s true nature, had a different plan.

Besides being a fair and just ruler, Mahabali was the grandson of Prahlad — a great devotee of Vishnu, and one of the inspirations behind Holi. Like his grandfather before him, Mahabali was also a loyal devotee of Vishnu. Thus, rather than fight Mahabali, Vishnu decided to instead take the opportunity to test the king’s devotion.

One day when Mahabali was doing a yajna (a form of Hindu worship), a small, young, and cheerful boy known as Vamana approached the king, and asked if he would give him as much land as he could cover over three paces. Though Mahabali’s guru, Sage Shukracharya, warned him that the boy was actually Vishnu in disguise and advised against the request, Mahabali, being charitably disposed, ignored his guru.

As soon as Mahabali granted Vamana his wish, the boy, who was indeed Vishnu, assumed a gigantic form, and amassed the whole earth, including Mahabali’s kingdom, with the first step of his foot. With his second step, he covered all of the heavens. Having reached the edge of the universe, Vamana turned to Mahabali, and asked where he should place his third step. With no land left to give, Mahabali joyfully asked Vamana to place the remaining step on his head.

Pleased with the king’s devotion, surrender, and faithfulness, Vamana blessed Mahabali, and then sent him to live on Sutala, a planet of extraordinary opulence. According to legend, Vishnu, at the request of Mahabali’s people, granted him permission to return to his kingdom once every year to be among the citizens.

The day of his return, the 10th day of celebrations, is officially recognized as Onam.

3) Some honor Onam as the day Parashurama created Kerala

Another narrative connected to Onam centers around Parashurama, a warrior incarnation of Vishnu, who took birth for the purpose of ridding the world of its corrupt and exploitative monarchs.

As the story goes, one day a king named Kartavirya, who had been traveling through the forest with his army, came upon Parashurama’s hermitage. Though Parashurama was away, his father, Jamadagni, hospitably received the traveling party with the help of a wish-fulfilling cow that had the ability to produce whatever a person desired.

Upon witnessing the wealth produced by the cow, Kartavirya, rather than show his gratitude to Jamadagni, stole the cow and its calf, and then left for his capital.

After returning to the hermitage and hearing of the theft, Parashurama angrily grabbed his weapons, chased down the king and his men, fought them in battle, and killed them.

Some believe that after the battle, Parashurama threw his axe into the sea, out of which rose the land of Kerala.

One of the more popular events that occurs during Onam are the traditional vallamkali races, involving paddled longboats.

According to the story behind this event, there was once a man who was performing prayers at the Pamba River about six miles from the temple town of Arunmula. Though, in order to complete his prayers he had to give food in charity, nobody was around for him to feed. After waiting for a long time without any luck, the man decided to close his eyes and pray to Krishna. Upon opening his eyes, he discovered a boy, dressed practically in rags, standing before him. Feeling compassion for the boy, the man cleaned him, gave him a new set of clothes, and fed him a lavish meal.

As soon as he finished the meal, the boy shockingly vanished. Stunned, the man searched for the boy, before eventually spotting him at the temple in Arunmula, after which he disappeared once again. Concluding that the boy must have been God himself, the man decided to commemorate the event by bringing food to the Arunmula Temple every year during Onam.

Legend has it that paddled longboats, also referred to as snake boats, were used to help protect the transporting food from being stolen by river pirates. This tradition is now a popular attraction of Onam, displayed as electrifying boat-riding competitions.

5) There are numerous celebratory aspects of Onam

In addition to the vallamkali boat races, there are many other celebratory activities that offer memorable images to those who participate in the 10-day festival.

While the first few days of the festival are spent in preparation — designing pookalam (elaborate floral displays), cleaning the home, and buying new clothes, jewelry, and gifts — activities heat up on day four with the kicking off of several athletic competitions and artistic performances. These include martial arts, ball games, tug of war, archery, and pulikali (a recreational folk art in which artists dress up with body paint to look like tigers and leopards, and dance through the streets to the beat of traditional instruments).

On day five, the vallamkali races, with hundreds of boatmen and thousands of spectators, begin. Businesses start to shut down on day six for Onam vacation, and on day seven the festival’s folk dances occur, the most prominent of which is kathakali, featuring dancers with green facial paint enacting famous tales and legends. Murtis (sacred images or statues) of King Mahabali and Vamana are erected in temples and homes on day eight, and day nine is marked by Mahabali’s symbolic arrival in the community, as gifts are distributed and new clothes are worn. Onam sadya (a special onam feast) is enjoyed on day 10, and day 11 signifies the end of Onam with Mahabali’s symbolic departure.

A medley of competitions, colorful flower arrangements, artistic performances, and even elaborately decorated elephant processions, Onam is a spectacle of beauty for any pair of eyes to behold. Ultimately, however, the real beauty of Onam is in its spiritual significance, one that emphasizes surrender, devotion, justice, and compassion for all.

Much of the information in this piece came from HAF’s Onam Explainer, written by Hindu American Foundation’s Director of Education Dr. Shereen Bhalla.