5 things to know about Ugadi
EducationThings To Know

5 things to know about Ugadi 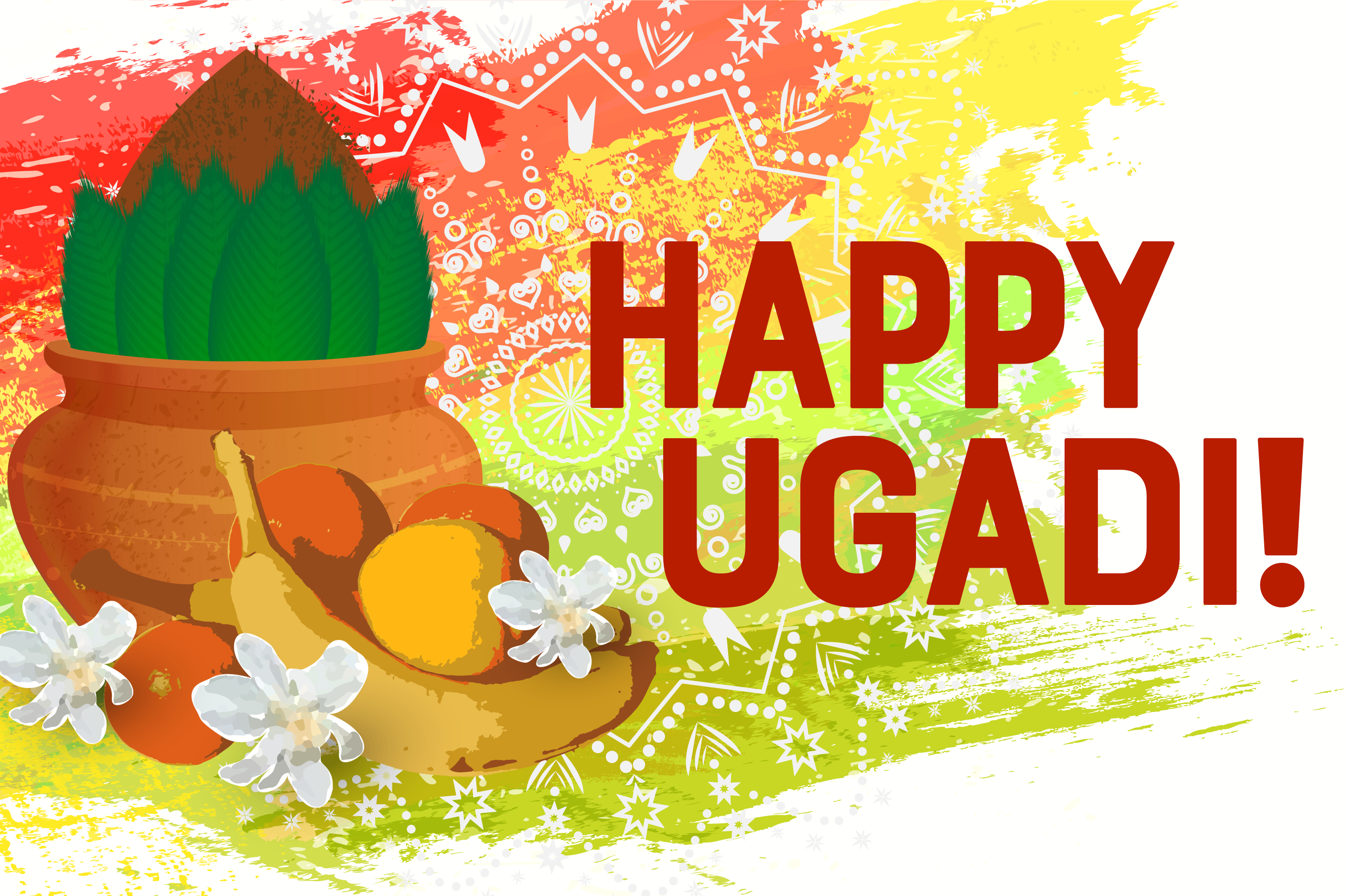 1) Ugadi celebrates the start of the Hindu new year

Typically falling sometime during March or April, the start of the Hindu lunar calendar is celebrated — especially in the southern states of Telangana, Karnataka, and Andhra Pradesh — in a spring festival called Ugadi.

Derived from the Sanskrit words yuga (“age”) and adi (“beginning”), Ugadi means “the beginning of a new age.”

A joyous celebration signifying the fading of cold days as the warm weather of spring sets in, Ugadi, like most Hindu spring festivals, is a time for new beginnings, as the longer and brighter days invigorates and inspires hope for prosperous growth in one’s work, relationships, and spiritual practices.

2) Ugadi is the day Brahma began creation of the universe

According to various Hindu texts, when Brahma, the architect of the universe, was born, he could see no other being in creation. Wondering who he was, from where he came, and what his purpose was, he began searching in all directions.

Though he looked everywhere, he failed to find his cause. Retiring from his search, he decided to instead turn his senses inward, and go deep into meditation. After meditating for 100 of his years (one day of Brahma is equal to 4.32 billion solar years), his divine origin became revealed, and he understood his purpose to design and engineer the universe.

Besides commemorating the day Brahma began creating the universe, Ugadi is a time to reflect on the importance of slowing down and committing or recommitting ourselves to yogic and meditation practices. Such processes help us to better connect with the Divine, providing the necessary intuition on how to best move forward in life.

3) Ugadi is the day Rama was crowned king of Ayodhya

One of India’s great epics, The Ramayana, tells the story of a prince named Rama, an avatar of Vishnu who appeared on the earth thousands of years ago.

As the eldest of his father’s sons, Rama was set to inherit the kingdom of Ayodhya, but was prevented from doing so when his jealous step-mother exiled him to the forest for 14 years with hopes for her own son, Bharat, to become the emperor instead. Bharat, who loved his elder brother dearly and was thus disgusted by his mother’s actions, promised to return the throne to Rama once he returned from exile. The citizens of the kingdom also loved Rama immensely, and were deeply saddened as they watched him depart for the forest with his wife, Sita, and his other brother, Lakshman.

After enduring numerous trials and tribulations, the foremost of which included fighting and eventually killing the great demon king Ravana who had kidnapped Sita away to his kingdom in Lanka, the trio completed their 14 years of exile, and returned to Ayodhya in triumph, where Rama took his rightful place as king.

Ugadi is honored by many as the day Rama was officially crowned king, a moment that symbolized the victory of good over evil, and the beginning of auspicious times for the elated citizens of Ayodhya.

4) Ugadi is the day Krishna left the planet

Hindu texts describe time as being cyclical in nature — divided into four yugas, or ages, called Satya, Treta, Dvarpa, and Kali. The spiritual inclination of the world’s population is said to steadily decline through the ages until, by the end of Kali Yuga (the age we’re in now), the interest in self-realization is almost completely replaced by the pursuit of selfish desires.

Ugadi is recognized by many as the day Kali Yuga officially began, when Krishna — viewed either as the ultimate form and source of the Divine or an avatar of Vishnu, depending on the Hindu school of thought — ended his pastimes on earth.

It may seem counterintuitive to commemorate the inauspicious departure of Krishna from the world on Ugadi, a holiday generally marked for its joy and hope, but even Kali Yuga has immensely positive aspects to it that are, in fact, unique among the four ages. Though, as already mentioned, it is the age in which people’s interest in self-realization is at its lowest, it is also a time when genuine gurus, feeling sympathy toward spiritually struggling souls, bestow the most compassion on those sincerely hoping to make spiritual progress.

In an era that is often dominated by a culture of sex, money, and the pursuit of power, Ugadi is a reminder to take advantage of authentic and true sages, who have the ability to uplift us during difficult times.

5) How to celebrate Ugadi

As Ugadi is centered around new beginnings and fresh starts, it is common for many to prepare for the holiday a week early by cleaning the home, buying new clothes, and procuring any other items needed for the approaching celebration and new Hindu year. On the actual day, people come out in their favorite attire, greet others, and participate in the festivities, which include offering prayers, drawing rangoli (colored patterns of flowers, powder, rice, or sand made on the floor), and feasting on traditional Ugadi dishes.

Because spring is mango season, one such popular dish is called Ugadi pachadi, made with jaggery, neem flowers, mango pieces, and tamarind, which culminate in a medley of tastes — sour, sweet, and bitter — that reflect the multi-layered experiences of life’s beauty.

India is home to a cluster of cultures and practices, so the Hindu new year is naturally celebrated throughout the country under a variety of different names, two of which include Vaisakhi and Gudi Padwa. While the customs and traditions are all unique to each region’s particular festival, the overall messages of hope, growth, and love are ultimately the same.